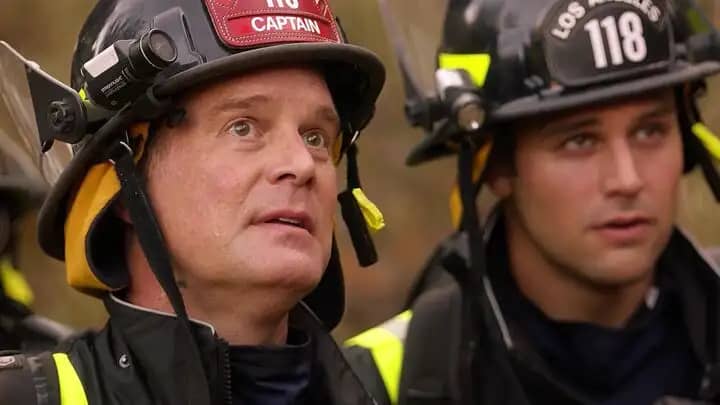 Reasons why Ireland is an impressive destination in every season!

who is John Kemmler, to whom the first episode of season 4 pays tribute?

by HAVANNEWS
in Hot
Reading Time: 2 mins read
A A
0
1
SHARES
552
VIEWS
Share on FacebookShare on Twitter

At the end of the first episode of season 4 of 9-1-1 , broadcast on M6 on Thursday August 26, the series pays tribute to a certain John Kemmler. But who is it?

This Thursday, August 26, season 4 of 9-1-1 is finally launched on M6. An evening that starts strong, with a first episode, spectacular and not to be missed under any circumstances , filled with tension because the dam holding back the Hollywood reservoir collapses, leaving the fate of Athena ( Angela Bassett, who claims to have better control the danger thanks to the series ) outstanding. At the end of this new episode, the series pays a touching tribute to a certain John Kemmler. The tribute, accompanied by a photo of the latter, soberly says: ” In memory of John Kemmler, 1958 – 2020 “. But who was he?

A member of the 9-1-1 team , John Kemmler was a production driver and thus made it possible to deliver equipment so that the filming of the fiction could take place without pitfalls. He lived for a long time in Long Beach, Los Angeles. He died on August 22, 2020 after contracting Covid-19. he had a wife, Maria, and three children. After he was admitted to the hospital, his relatives set up a fundraiser to help cover the medical costs. As of January 19, 2021, the campaign has raised more than $45,000 (about 38,000 euros).

Following John Kemmler’s passing, Oliver Stark , who plays fiery firefighter Buck on 9-1-1 , paid tribute on Twitter to the man who was well-loved by the team. ” John was one of the sweetest, kindest people I’ve ever met. Someone who went above and beyond to be cheerful and make a difference. He was a driver on the set of 9-1-1 and Seeing him every day was a highlight of our day. Rest In Peace John Kemmler ,” wrote the comedian, who opened up about his birthmark on his face .
offered: sajid
ADVERTISEMENT
Previous Post

Reasons why Ireland is an impressive destination in every season!

J2US: Sofia Arvaniti – Giannis Katinakis: They were the first to leave the show