What's needed for stocks to rally is capitulation, but that could come from unexpected sources, strategist says

What if Putin Pushes the Nuclear Button? (+video) 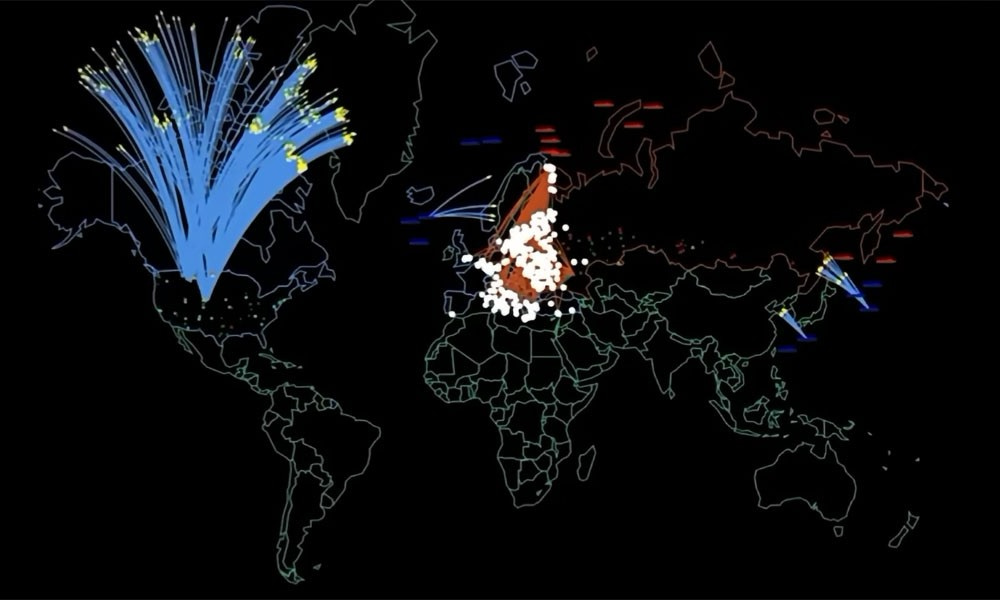 See in a short video the scenarios in the event that Russia provokes a nuclear war.

A very interesting digital simulation made by American University of Princeton it reveals to us the consequences that can occur in just a few hours.

If o Putin decide to press the button for them nuclear missiles a chain reaction will follow with immediate retaliation by the other powers (USA/NATO).

At the beginning of the video, an engagement without nuclear weapons is shown. However, then there is a lot of tension with Russia retaliating with nukes and in this scenario casualties would reach 2.6 million destroying 1/3 of Europe.

If Russia engages its submarines, silos and other nukes the casualties rise to 3.4 million in less than an hour and without counting the other effects of radioactivity.

There are worse scenarios with cities destroyed and 85 million dead.

However, a conflict at the global level could indirectly bring about it loss of billions of people from the spread of radioactive clouds, crop damage, food shortages and climate change.

READ ALSO:
Greek Rafale against Russian Su-35 over the Aegean?
Fear in the Aegean: Is Putin giving Erdogan the invincible weapon?
What should the auto industry learn from Putin?

What’s needed for stocks to rally is capitulation, but that could come from unexpected sources, strategist says

Gacinovic: “It’s amazing what happened and I’m happy to be part of AEK’s history”