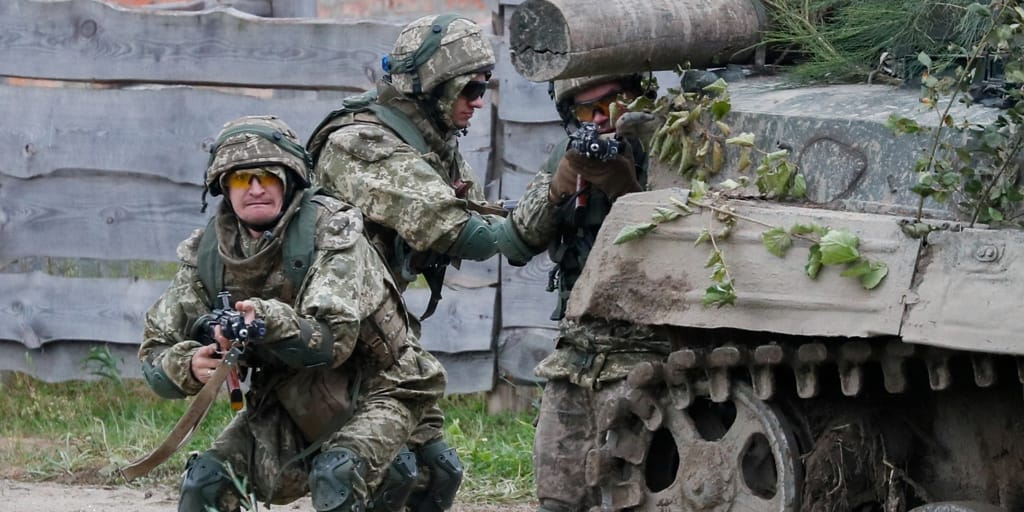 by HAVANNEWS
in Entertainment
Reading Time: 5 mins read
A A
0
0
SHARES
24
VIEWS
Share on FacebookShare on Twitter

247 days have passed since the beginning of the Russian invasion in Ukraine. Putin tense the world with the rehearsal of a massive nuclear attack, while again threatening that there is a high risk of a world conflict. Meanwhile, Zelensky reminds citizens to save energy to beat Moscow on the energy front and calls Putin’s strategy in the east insane, since he dedicates enormous resources to the city of Bakhmut despite the imminent battle in Kherson, where the pro-Russian authorities they have evacuated to 70,000 people.

The Wagner group, a Russian paramilitary force, has intensified its bombardments against the small town of Bakhmut, in the Ukrainian region of Donbas. “The situation is difficult, but we are here,” says Anatoly Polakov, a military doctor who works in the city.

The US considers Russia a “threat”, but China its main challenge

Russia’s invasion of Ukraine highlights the “acute threat” posed by Moscow, but China is the most important challenge to US security for decades to come, the Pentagon says in its new defense strategy.

China “represents the most transcendental and systemic challenge, while Russia poses an acute threat, both to the vital national interests of the United States abroad and in the United States,” the Ministry of Defense specifies in this document that sets the strategy of the army for years to come.

The Venezuelan Foreign Minister, Carlos Faría, has asked the European Union this Thursday to lift the sanctions against Venezuela, and has shown his country’s willingness to help the European Union to cushion the energy crisis facing the continent. They are ready to support Europe, but as long as it is ‘on the basis of joint trade’. Therefore, they require release of your assets in European banks and the lifting of the economic blockade.

According to Sergei Aksionov, leader of Crimea, while Ukraine refers to these population transfers as “deportations”.

The Kremlin has reported that Twitter has blocked the English-language account of the Russian Foreign Ministry for a week on Thursday for posting a video about the Russian government’s position regarding the war in Ukraine. The spokeswoman for the Ministry, Maria Zajarova, has indicated that the account in English has been blocked after disseminating information about the “provocations of the kyiv regime in Bucha, Izium and Kupiansk”. This video, published on Tuesday, showed the Russian position on the Bucha massacre, where the Ukrainian forces found the bodies of hundreds of civilians after regaining control of the city, previously occupied by the Russian troops.

Bad weather slows down Ukrainian offensive in Kherson, according to kyiv

The fighting on the ground appears to have slowed down in recent days. Ukrainian authorities have blamed difficult terrain and bad weather for slowing down their Kherson offensive.

Biden distrusts Putin: “If he has no intention of using the nuclear bomb, why doesn’t he stop talking about it?”

The president of the United States, Joe Biden, has quarantined the comments of the president of Russia, Vladimir Putin, who assured this Thursday that he had no intention of using nuclear weapons in Ukraine. Putin has downplayed a nuclear confrontation with the West, insisting that Russia has not threatened to use nuclear weapons and has only responded to nuclear blackmail of Western leaders. “If he has no intention of using it, why does he keep talking about it? Why does he talk about the ability to use a tactical nuclear weapon?” Biden asks in an interview with NewsNation. “He has been very dangerous in the way he has approached this issue,” Biden said, according to Reuters.

The UN nuclear agency has announced that this week it will carry out an “independent verification” at two Ukrainian nuclear sites, at the request of kyiv, which rejects Russian accusations of having concealed evidence of the manufacture of a “dirty bomb”.

“The inspectors will carry out an independent verification (…) to detect any diversion of nuclear material,” the director of the International Atomic Energy Agency (IAEA), Rafael Grossi, said in a statement.

Grossi is scheduled to speak in New York before the UN Security Council, during a closed-door session.

After Rapes by Russian Soldiers, a Painful Quest for Justice