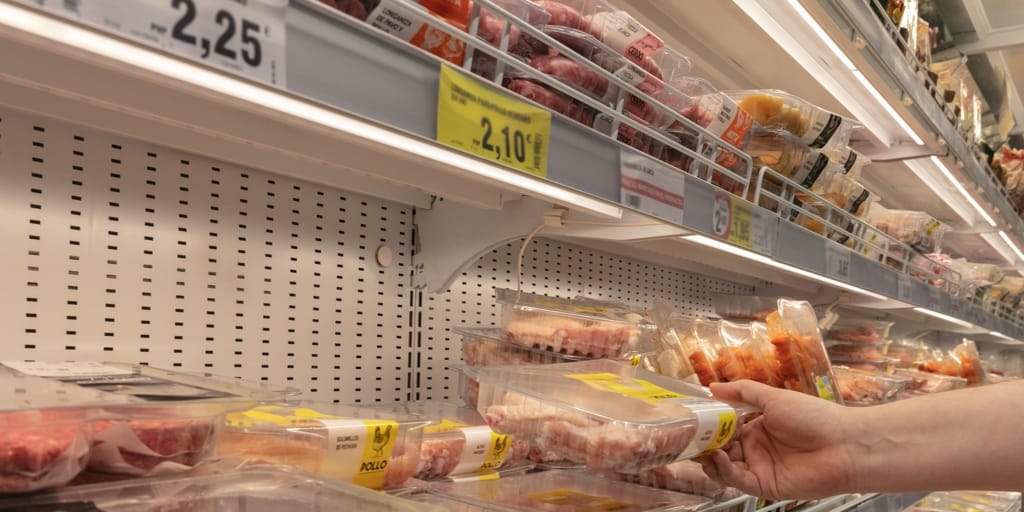 "Patron incognito" on M6: the mask and money

Hanna Hedlund on the date with Martin Stenmarck - reveals everything

this is the campylobacter, the culprit of most food poisoning in Europe

The Spanish Agency for Food Safety and Nutrition (Aesan) is the agency responsible for warnings about the presence of infectious bacteria in food. The listeria is, for example, behind the latest alert thrown on a pig’s head stiff of the Frial brand. They have also warned about salmonellamuch better known by the general public, and which has caused the withdrawal of a batch of hamburger meat in several supermarkets in Spain in recent months.

Neither one nor the other is the most feared and common bacteria behind poisonings. Since 25, salmonella has lost its leadership in the ranking of food alerts in favor of a much more common but, fortunately, not very serious: the campylobacter.

Its infection is caused by direct human-animal contact (usually on a poultry or livestock farm) or with contaminated food or water. The incorrect handling hygiene of the food in the chain at any of its levels (the farm, the slaughterhouse, the supermarket or the home) is behind many of the infections.

The symptoms of a campylobacteriosis are not serious, in general, but they are annoying: watery diarrhoea, crampy abdominal pain, fever, malaise, nausea and vomiting. The first signs may appear up to a week after eating the contaminated food.

The most common way for a user to become infected with camylobacter is the consumption of untreated water, raw milk and, above all, of chicken meat lightly cooked at home, although it can also be produced in an establishment.

The cross contamination of this meat with other ready-to-eat foods (such as raw vegetables) that have been in contact exponentially multiplies the chance of infection. Following a series of simple recommendations can prevent it:

Hector Gomeztechnical consultant in food safety in a company in the Valencian Community, gives some very useful twitter keys for the general population when detecting contaminated food. «The smell, taste and appearance can give us an idea of ​​the state of the foodbut there are pathogens that do not modify these characteristics”, he warns, and gives the example of a “rarely made potato omelette sandwich” that has been sitting on a table in the sun for several hours: it is possible that it has been contaminated.

It also warns that “freezing a food prevents microorganisms from continuing to proliferate, but it doesn’t remove them», and this is a warning that applies to campylobacter and other infectious pathogens in food: «at room temperature (>2ºC) salmonella doubles its population every 2 minutes». For this reason, the expert summarizes all the advice in two: maintain strict hygiene and cook food well. This way it will be much more unlikely to spend a few days glued to the WC.

“Patron incognito” on M6: the mask and money

Hanna Hedlund on the date with Martin Stenmarck – reveals everything

The pilot loses consciousness during the flight , the passenger manages to land the plane successfully