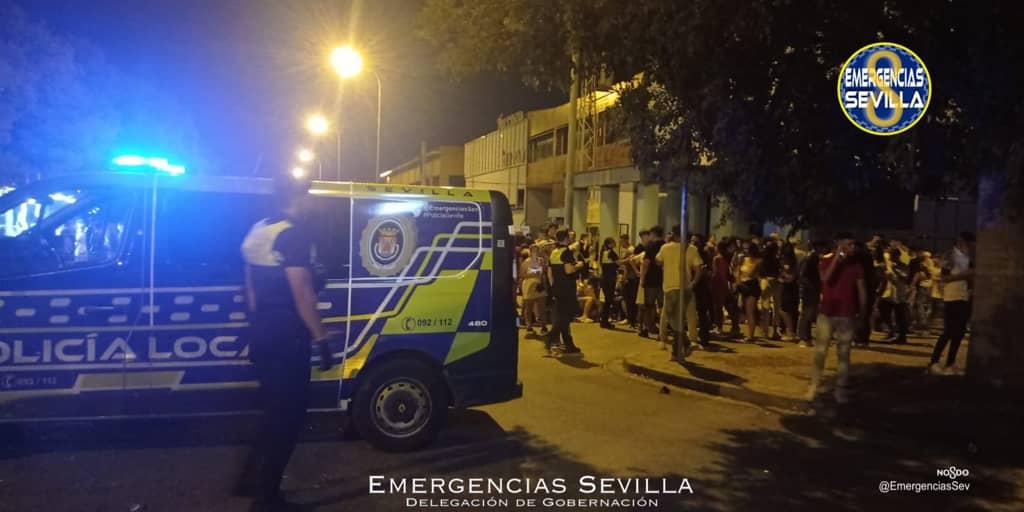 Agents of the Seville Local Police have gone this Saturday to the Polígono Carretera Amarilla where a Halloween party for minors where, as reported by the Seville Emergencies profile, there have been some healthcare and transfers by fades Y anxiety crisis.

At 8:45 p.m., they moved to the Music Hall Seville patrolmen to urgently evacuate the premises for “serious security breaches” and they proceeded to seal it off.

Some attendees have reported that there have been some blackouts, an extreme confirmed by police sources, who assure that in the premises the refrigeration did not work and that had caused some people to suffer episodes of dehydration.

So much so that thirteen young people have required medical attention on the spot by the 061 troops. Two of them have even been taken to hospital.

These same witnesses report that, as soon as they arrived at 5:00 p.m., there was a huge crowd to get in in the premises given the number of people who had gathered, to the point that the capacity allowed in the premises would have been greatly exceeded and there have been moments of anguish due to the crowding inside.

Between pushing and shoving we managed to get in without being seen by tickets or ID and much less by bags entering people of all ages, inside we realized that there were many more people than allowed since we could neither breathe nor move, after a while

“We have seen how they took out half-faded girls grabbed by the neck and that’s when we started to get scared and went outside seeing how they took them out crying and vomiting, but we all thought it was because of the heat because there were about 2,000 people without ventilation”, One of the attendees reported on Twitter.

It was a ‘light’ party for minors for which tickets had been sold for 15 euros, who should have been registered at the entrance and requested their DNI since, according to these same attendees, given the amount of people at the entrance, this review was not carried out.

Among those attending the party, the word spread that some girls could have been pricked inside the premises, something that was unknown to the Local Police on the night, which after 10 p.m. he continued to inspect the room to conduct a thorough investigation.