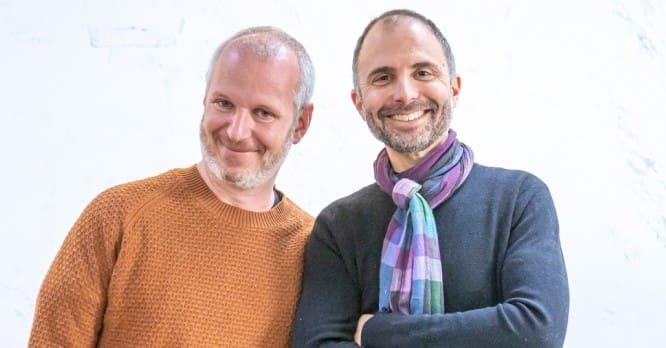 With more than nine million users worldwide, Petit Bambou is the leading French meditation app in France. The company was founded eight years ago by two friends with different but complementary personalities.

Ludovic Dujardin and Benjamin Blasco. These two names surely do not mean much to you, however, they are the ones who hide behind Petit Bambou, the meditation application recognized today as being of medical use and present in 40 countries.

It all started in 2013 when Benjamin Blasco, then overloaded with work at Paypal, discovered meditation “I realized that the present moment escaped me” he admits. He decides to talk about it to his friend Ludovic Dujardin, who has been sharing the benefits of personal development for two years on a Facebook page entitled “Petit Bambou” already followed by a million of internet users. Shortly after talking, the idea of ​​creating a mediation application together was born.

From idea to project

The objective was to make mediation accessible to the general public, favoring practice over theory. The first version of the application was released in January 2015, and became profitable only nine months later.

A real success, the team grew as the company developed. More recently, the health crisis has benefited Petit Bambou, which has garnered three million users in less than a year. This growth has pushed them to lead teams of developers and marketing to improve their services and promote their offer outside France.

Today, Petit Bambo has 9.4 million users and about twenty collaborators.

The two entrepreneurs, who went through Silicon Valley and Polytechnique, believe that before helping others feel better, you must first feel good about yourself. This is one of the reasons that pushed Ludovic Dujardin and Benjamin Blasco to launch Petit Bambou. “We could not have created Petit BamBou at 20 yearsjust as we wouldn’t create the same thing at all if we were 60 years old”, explains Ludovic Dujardin.

Also, even if the two friends contribute to a common work, they work remotely, in part because their habits are not the same. Ludovic Dujardin evolves with his team in Roubaix in a lively atmosphere, while Benjamin Blasco is based in Luxembourg with his collaborators, in a quieter setting. These habits are explained by their very distinct personalities.

For his part, Ludovic Dujardin connects projects, activities and is passionate about Heavy Metal, while Benjamin Blasco likes to take advantage of nature to meditate and discover new spots to party. On the other hand, the two men have several common values, including that of work, which brought them to where they are today. Indeed, even if the two friends claim not to take themselves seriously, their project has exceeded their expectations.

Halkidiki: The 24-year-old accused of raping a 14-year-old girl is in court – Newsbomb – News