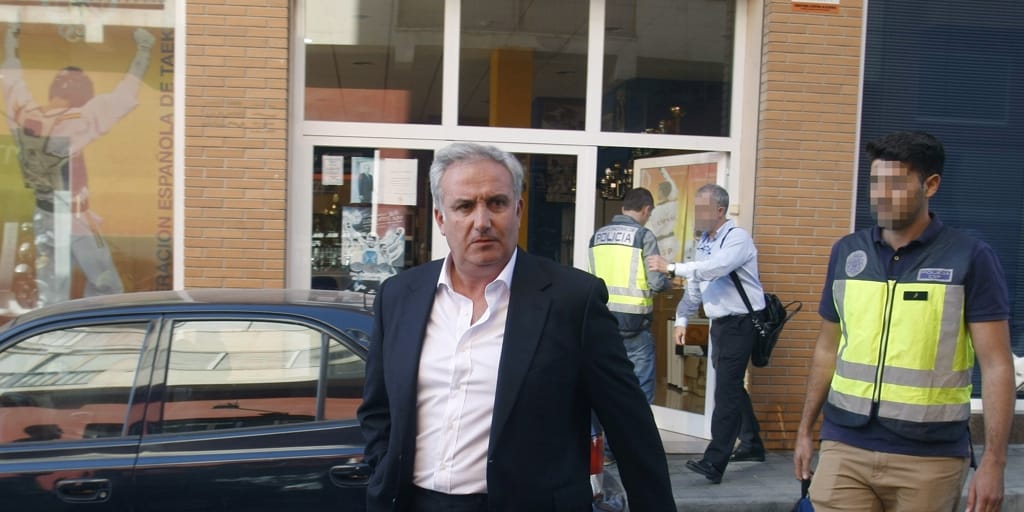 by HAVANNEWS
in Entertainment
Reading Time: 4 mins read
A A
0
0
SHARES
0
VIEWS
Share on FacebookShare on Twitter
ADVERTISEMENT

In July 2021, the same week that adriana cherry won the silver medal at the Tokyo Olympics, the Administrative Court of Sport (TAD) decided to open disciplinary proceedings against several directors of the Royal Spanish Taekwondo Federation (RFET). It was a story repeated many times in recent years; so much so that it was not even picked up by the press. The last five Secretaries of State for Sport had already asked the TAD (with little success) to investigate the alleged corruption of the entity chaired by Jesús Castellanos since 2005.

Taekwondo is a sport that is rarely talked about during the Olympic cycle, but it has almost 50,000 federated in Spain. It combines international sporting success (three Olympic medals in London 2012, two in Rio 2016, one in Tokyo 2020) with a painful internal panorama: it probably presents the most confrontational federation in Spain, and for a week it has held the record for requesting penalties of prison for a president in the history of our sport.

What was happening, according to the Anti-Corruption Prosecutor’s Office, in the Federation? Basically, its directors had created a structure for permanent fraud: together, the defendants devised different ways of extracting public money (for their pockets) from the Higher Sports Council (CSD). After years of meticulous work, the Economic and Fiscal Crime Unit (UDEF) of the National Police has determined that they illegally collected almost 700,000 euros in subsidies based on camouflaging invoices, scratching public subsidies and assuring their top managers irregular bonuses in B (all of this is awaiting trial).

The Federation, it should be remembered, is a private non-profit entity of public utility, which is financed mainly through public money via subsidies from the CSD. Castellanos was already held for several hours by the UDEF in 2016 to interrogate him for alleged crimes of money laundering and embezzlement; since then, the proclamation of his innocence and the internal war with the opposition sector have marked the life of the federation. The president, of Alicante origin, only recognizes “administrative errors” and accuses the opposition sector, led by the Valencian Eugenio Granjo (president of a club in Castellón), of acting out of pure personal enmity.

The order of the Alicante Anti-Corruption Prosecutor’s Office (to which ABC has had access) is, however, forceful: it requests sentences that add up to ten and a half years in prison for Castellanos and two other defendants who were on the RFET board when it was committed. the alleged fraud: the former manager Miguel Pérez Otín and José María Pujadas, still secretary general of the entity (whose headquarters are in Alicante). The investigations cover the period 2009-2016. Anti-corruption also asks for two years in prison for the current manager, Alicia Sancho, and one year and nine months for Victorino Pizarro, former president of the Valencian Federation. It also requests that Castellanos and the other two directors compensate the Higher Sports Council with 664,727 euros.

Castellanos won the last elections to the Federation, held in 2021 with a civil-war atmosphere and numerous complaints of a lack of neutrality. The Olympic champion Joel González even denounced that the federation had instructed the taekwondists so that the applications for voting by mail should be sent to the coaches of the High Performance Centers, instead of to the Electoral Board (as is mandatory). The scandal of the exclusion of Jesús Tortosa junior from the Tokyo Games, despite having qualified for sporting merit, put Castellanos on the ropes. (His father, the well-known coach Jesús Tortosa, had supported the opposition candidate). But life went on the same.

Now the opening of oral proceedings marks a point of no return: Anti-corruption detects a continuous and malicious fraud, skipping procedures in a labyrinth of allegedly false invoices. “There has been a general practice”, the UDEF concluded in a 2021 report, “of adapting the supporting documents presented to the CSD to the initial budget granted, regardless of whether the expenses incurred during the specific action are lower than those approved.”

The type of fraud was very varied: from cases of trips billed twice (the first is the 2010 Junior World Championship, in Tijuana, Mexico) to trips billed to an Open in one country (Croatia) that were actually to another country (Egypt); duplication of supporting documents to different agencies to charge twice; justified and never materialized payments that were later charged to the CSD; fake diets; non-existent psychologists…

The main directors of the Royal Spanish Federation of Taekwondo had set it up (always according to Anti-Corruption) to ensure an illegal monthly bonus of about 600 euros charged to their own funds: “An assiduous practice”, reads the UDEF report, ” consisting of the preparation of justification documents for compensation of an individual nature for displacement and maintenance whose circumstances do not comply with the law.

After learning of the Anticorruption order (published by Onda Cero), the RFET issued a statement regarding the “falseness” of “different information that appeared in the media regarding its president and other members.” “In the first place, to point out forcefully that Jesús Castellanos, president of the Federation, has never kept money from subsidies,” reads the text; “and given that there is no conviction, not even at this time any imputation for any person”, they request “that the presumption of innocence of a person who, since taking office in 2005, has managed to settle a debt close to one million euros and achieved a surplus of 122,000 euros, as stated in the information transferred to the Senior Sports Counselor». They also emphasize that “from the Federation, in the face of recent events, they have maintained maximum collaboration with the UDEF and the administration of justice.”

The Higher Sports Council has not taken any action or expressed any opinion since the publication of the Anticorruption order. The conflict is nearing its end, and perhaps the atmosphere will finally clear up for good. A year ago, when the incriminating report of the UDEF was known, a Spanish digital newspaper published information about it with a photo in which Castellanos appeared with Adriana Cerezo after hanging the Olympic medal around her neck. That same morning, the agency that represents the taekwondista (who was then 17 years old) called the newspaper to please change that photo for an image in which the suspected president did not appear.