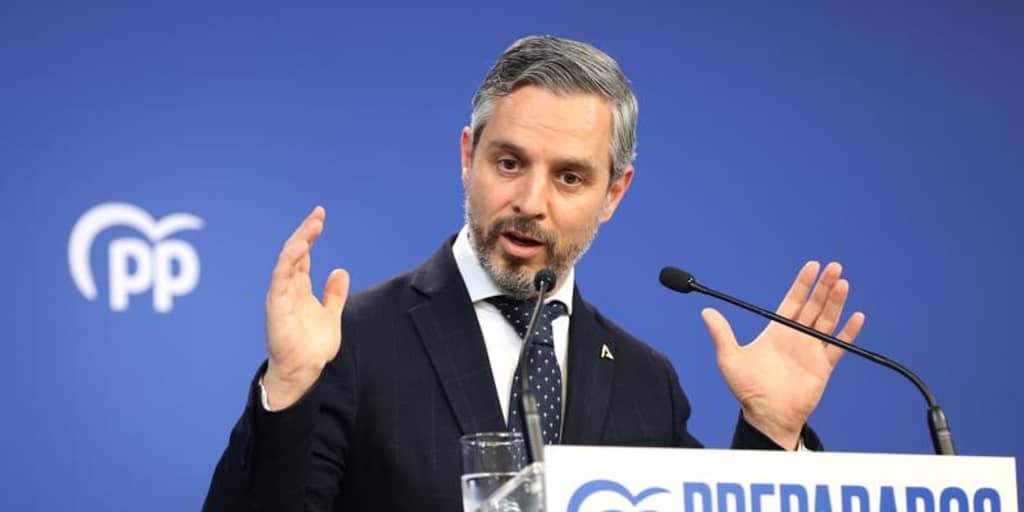 The Popular Party has detailed this Monday something more of the proposal to recover the deduction in the IRPF for investment in the habitual residence – the one that is applied on what is paid for the mortgage – that the president of the party advanced last week, Alberto Nunez Feijoo, and which has generated a lively political debate. The Deputy Secretary of Economic Policy of the PP, Juan Bravo, has specified that what is proposed is a temporary figure, which would be applied in principle during 223 and 224 to cushion the impact on the domestic economies of the rise in the Euribor, and which would allow deducted in the Income Statement up to a maximum of 75 euros of the cost of the mortgage for families with an annual income of up to 4, euros.

The popular ones thus intend to get ahead of the Government again with proposals to address a circumstance that is probably going to become a social problem in the coming months. The Euribor closed last October at 2.629% monthly average and anticipates a rise of up to 4% in the monthly installment of Spaniards who have a variable-rate mortgage linked to this index, which is almost 7% of all those mortgaged.

Feijóo advanced last week the idea of ​​the PP of proposing the temporary recovery of the deduction for investment in primary residence in personal income tax, which not a few academic studies blame for fueling spending on housing in the times of the real estate bubble and that since then it has a certain bad reputation among economists.

Perhaps for this reason, the economic spokesman for the PP has emphasized the temporary nature of this fiscal aid, which would only be recovered for the next two years, in anticipation that the rise in the Euribor will stabilize in that period and will no longer make it necessary . Specifically, the figure proposed by the PP would allow deducting up to 5% of the principal and up to 15% of the interest paid in the annual installment of the mortgage with a maximum limit of 15, euros, which would allow tax savings of up to 75 euros.

The measure would be restricted to households with a maximum annual income of 4, euros, although Juan Bravo has opened the door so that, if applied, that threshold can be extended to 6, euros, in line with the tax reductions that have been approved in the Valencian Community or the Canary Islands, but with a decreasing tax benefit.

The popular ones also propose that taxpayers who do not have an obligation to declare, but carry a mortgage, have the possibility of benefiting from the measure through a negative tax, which the State would pay them to alleviate the extra charges derived from the Euribor.

18 most comfortable sneakers for walking