Gazprom: Europe will freeze even with full gas tanks

What will we see at the Paris Motor Show?

by HAVANNEWS
in Sports
Reading Time: 4 mins read
A A
0
0
SHARES
0
VIEWS
Share on FacebookShare on Twitter

His new predictions IMF on the international economy and its prospects, which became known on Tuesday, October 11, are pessimistic in every way.

“A third of the global economy is likely to contract this year or next amid falling real incomes and rising prices,” the note said, adding that storm clouds were gathering.

However, if this is something that almost everyone expected, there is also something surprising: The fact that the international organization does not mention in the main causes of this crisis the element that sealed the lives of billions of people in the two years 2020-’21: The pandemic her Covid-19.

Are we blowing the whistle?

Here, for the sake of truth, is what today’s crisis is attributed to: “The international economy continues to face serious threats, shaped by Russia’s invasion of Ukraine, a crisis in the cost of living caused by widening inflationary pressures and China’s slowdown”.

Can we, even after this,… blow the whistle on the end of the pandemic, which has led to the death of more than 6.5 million people worldwide and radically changed things that until recently were taken for granted?

If we believe Joe Biden, this is exactly what is happening – despite the fact that in his country more than 400 people die every day because of this virus. “The pandemic is over,” the president of the United States said flatly and categorically in mid-September, speaking to the CBS network. “If you notice, nobody is wearing a mask. They all seem to be in relatively good condition,” he added. 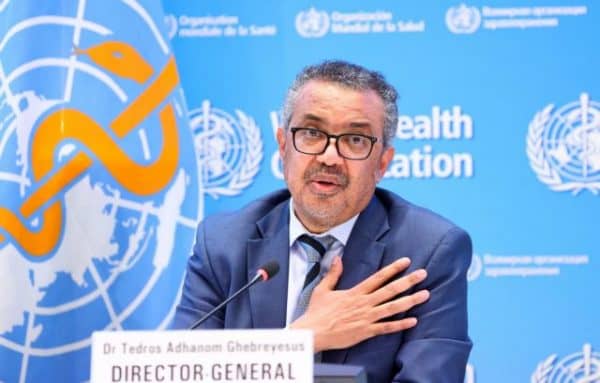 A few days earlier, his general manager had also mentioned this issue World Health Organization. Despite the fact that Tedros Adhanom Ghebreyesus made sure to be more measured in his statements and assessments, the message he sent is practically the same. “We are not there yet. But the end is in sight,” he said.

The truth, of course, is somewhat different, as evidenced by the official figures, which show that today almost three times as many people die from complications of Sars-C0v-2 compared to the “classic” flu.

So it’s no coincidence that many have been quick to disagree, with Biden in particular, warning that humanity may once again be in for unpleasant surprises. Among them is China – the country in which the “zero outbreak” was established – which continues to apply strict restrictive measures when it deems necessary.

For its part, The Atlantic, citing Columbia epidemiologist Stephen Morse, recalls what happened in the past in similar cases: “Influenza pandemics ended after the virus had infected so much of the population that it was no longer able to causes big waves. But the virus wasn’t going away, it was just turning into the cause of the new seasonal flu (…) continuing to kill people.”

As for McKinsey, in its recent report, it spoke of an underestimation of the real picture in terms of cases. Which, as he noted, is due both to the fact that most tests are conducted (therefore without official recording) and to the fact that the statistics themselves have ceased to be analytical.

One, two, three, many nightmares…

So, is this how the nightmare ends? Can we put everything we’ve been through into the timeline of history (or at least try to)? Can we get rid of one nightmare and deal with the rest? Can we not worry about vaccines and any side effects, since the companies themselves already seem to be turning in other directions, having filled their coffers and showing no particular inclination to engage in the production of “new generation” vaccines?

“With the world fragmented by war, commodity price shocks, pressures on financial markets and the drive towards de-globalisation, the ongoing health crisis which caused or accelerated many of the above problems has now taken a back seat – and forced international institutions to hold online sessions until recently,” notes Reuters in its related analysis, ahead of the annual meeting of the IMF and the World Bank.

Also, the managing director and chief economist of the Institute of International Finance, Robin Brooks, called it “completely surprising” that a health situation that continues to have an effect on the international economy has so quickly slipped down the list of priorities.

The cracks are increasing and deepening

Will we “forget” as quickly as the pandemic and the war in Ukraine, when at some point the guns fall silent? In fact, even if the media and international organizations stop dealing with it one day, the consequences are here to stay.

As well as the consequences of the pandemic, the financial crisis and global warming, which is equivalent to a tsunami in the making. All this, together with the subsequent crises that will – inevitably – break out act cumulatively on the body of humanity and its societies.

Like successive earthquakes in the frame of a building, causing cracks in it and bringing its collapse closer and closer.

Gazprom: Europe will freeze even with full gas tanks

What will we see at the Paris Motor Show?

Socorro Venegas: From Guernica to Ayotzinapa