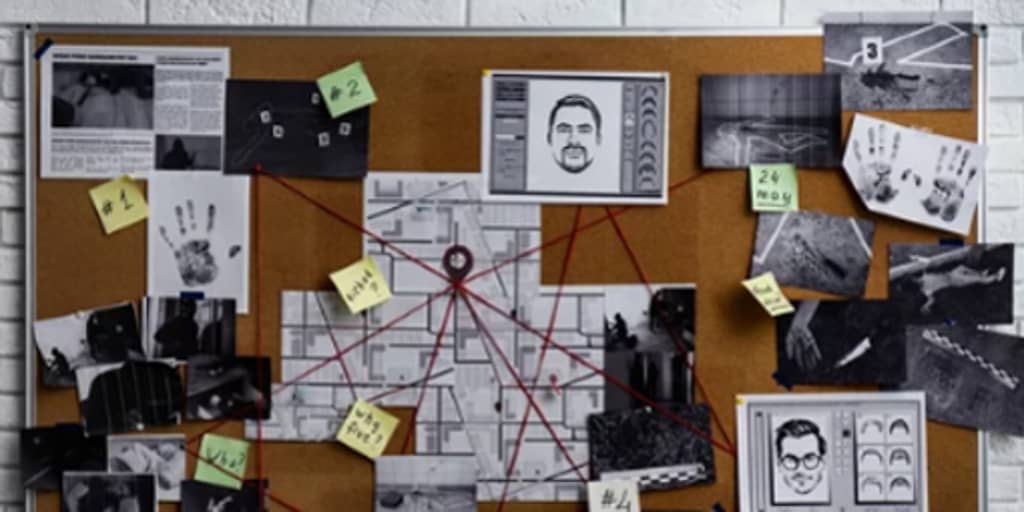 “We have solved the case of the century,” the authorities said. On April 24, 218, he was arrested. Joseph James DeAngelo, a prolific shooter dubbed the Golden State Killer who spread panic in the United States in the 197s and 198s. Responsible for 51 rapes and 13 murders, he kept police authorities in suspense for decades. Citizen X already had a first and last name, and the responsibility for this achievement fell on the genetic genealogy.

Despite the fact that the perpetrator of the acts had left a trail of dna that was not in the database to give matches, through technological advances it was possible to find DeAngelo’s third cousins ​​and, from there, they drew a common ancestor, a great-great-grandfather from the 19th century. And this is not the only possibility, DNA can also be used to generate a robot portrait of the culprit from a sample left at the crime scene.

Two techniques that are already used in criminalistics and that have made it possible to solve cases from forty years ago that would continue to be an enigma if it were not for these options. Thanks to the combination of large DNA databases, biocomputing, artificial intelligence, and big data, it is possible to find anyone in the world. This is what companies like Parabon NanoLabs, which with its Snapshot product offers both genetic genealogy and 3D facial representations to fight crime. Paul Holes, a former US cold case investigator who dedicated his professional life to uncovering the identity of the Golden State Killer, went so far as to assert that while various police units worked 44 years on the case, with the genetic genealogy it took a small group four months to find the culprit.

Researcher Yaniv Erlich, a bioinformatician at Columbia University and employee of the MyHeritage company, has told the media that any US citizen could be identified not from their own DNA sample, but from relatives’ samples found in databases. of genealogies. manel estellerdirector of the Josep Carreras Leukemia Research Institute and professor of Genetics at the University of Barcelona, ​​tells ABC that “as computer science is advancing in five years there will be very good robot portraits based on DNA.”

And when talking about genetic genealogy, one of the most popular names is that of CeCe Moore, head of genetic genealogy at Parabon NanoLabs and described as one of America’s most notable businesswomen. Her job is to outline a family tree to find the guilty. His first case dates back to 216 when police asked him to review the 1987 murder of Jay Cook and his girlfriend, Tanya. In just a few hours, he found possible suspect William Earl Talbott Junior, a trucker who lived near the point where the bodies were found. Not in vain he affirms: “If he has committed a crime, I will find him through a second cousin.”

For this, it has worked with the public DNA profiles that Internet users upload to portals such as FamilyTree DNA or GedMatch, which is an open source database in which users add their DNA profiles to meet distant relatives, and which indicates that it previously informed the public that it could not guarantee the absolute privacy of their data. Moore has not only brought the culprits to justice, he has also freed people like Christopher Tapp, 21 years incarcerated for a crime he did not commit.

As for Moore’s work, it consists of finding DNA matches, since a child shares 5% of the DNA with the father, first cousins ​​12.5%, and so on as one moves away from the direct family branch. That allows you to trace the ancestors, and then down to the descendants, until you triangulate possible suspects.

It was in 217 when interest in becoming homemade dna which customers then sent to companies like Ancestry.com or 23andMe that determined the genetic predisposition to contract certain diseases or to know their roots. By 219, 26 million people had already had these tests. In this fashion, Detective Holes came up with the idea of ​​uploading a DNA sample from the Golden State Killer to GedMatch. Although after this loud case the GedMatch website updated the rules. Now it only allows the police use of genetic profiles in the case of violent crimes, for other scenarios prior permission is needed.

Carlos Segarra, lawyer and teacher at the Center for Research in Forensic Sciences and Security (ICFS-UAM), was also an investigator of homicides and high-risk disappearances at Udev Central of the National Police. This expert indicates that “genetic genealogy in Spain is not allowed for forensic cases, due to the right to informational self-determination that we all have, and the consent that people must give for the treatment of their DNA. As well as the impossibility of violating the regulations on the Data Protection to access certain records. In United States. Millions of users have given their consent so that their genetic profiles can be used to catch a criminal.

Another possibility that serves as a powerful tool for police work is what is called DNA phenotypingWhat is it predicting the suspect’s physical appearance from DNA. Parabon assures that with deep data mining, advanced algorithms, together with the financial support of the US Department of Defense. And they point out to ABC that “with a DNA sample we can predict the color of skin, eyes and hair, if you have freckles, your ethnicity or the shape of your face. Their predictions help narrow the focus of an investigation.

On their website they include the case in which the portrait obtained achieved such a degree of certainty that a 21-year-old murderer from Texas turned himself in voluntarily, days after seeing it on television because he knew they would identify him. And since May, they say they have helped solve 24 casesthe majority of murderers and rapists.

This idea has its origin in applications in the field of health. Proceeding in the opposite way than in a robot portrait, having the face, the genome of a subject can be determined. The application Face2Gene is a tool that analyzes an individual’s face to detect possible genetic diseases. And Esteller comments that US hospitals already take photos of patients for early diagnosis of diseases related to a genetic variant. In a study of this researcher with people who look alike but aren’t twinsit was concluded that facial features depended on genetics.

But Esteller qualifies: «You don’t have to be deterministic. For example, the DNA says that he will have a specific face, but if that person has become a compulsive smoker in recent years, that can change his appearance ». With his studies of people with similar faces he notes that “it can be said that this piece of DNA or this genetic variation is associated with having a wider or narrower nose, this other with bushy eyebrows or with full or thin lips. All of this allows you to hone in on the features in a person’s portrait.”

Segarra points out that another element in this topic is the prescription, and gives as an example “the fact that there have been recent cases that have prescribed and in which an unidentified DNA sample was available. I think that in these cases the time frames should be modified, especially when there is a possibility of finding the author because you have such a powerful tool as DNA.

Also, with these new techniques the question of genomic privacy and tracking a person with the AI. China goes further with genetic surveillance. Reuters reported that the Chinese genetic company BGI Group in collaboration with the Chinese People’s Liberation Army developed a prenatal test that has been used by pregnant women around the world, including Spain, and with this genetic data they have carried out research on populations.

In Hong Kong, an association used DNA from cigarette butts found on the ground to reconstruct faces and publish them on subway screens to shame those who litter the streets. And Segarra recalls “the possibilities that DNA offers us today are very good, but the expectations for the future are incredible.” The question is what decision will be made about it in the interest of security or privacy.