PAS Ioannina: The return of Plavoukos is official

Lykogiannis: "It was a bad game and we have to learn and fix a lot"

The most pleasant news this year for Europe (pics)

Aggressive hunting and shrinking habitats have driven many large mammals in Europe to the brink of extinction. At least that was the case in the 1960s, but since then many species have tended to make a comeback.

The reason for this great recovery for quite large mammals from 1960 to the present day is that hunting regulations have been introduced in many countries and their habitats have become larger.

The fact that many animal species have been given more space to live is partly because nature reserves have become more numerous and larger. But changes in agriculture also play an important role. 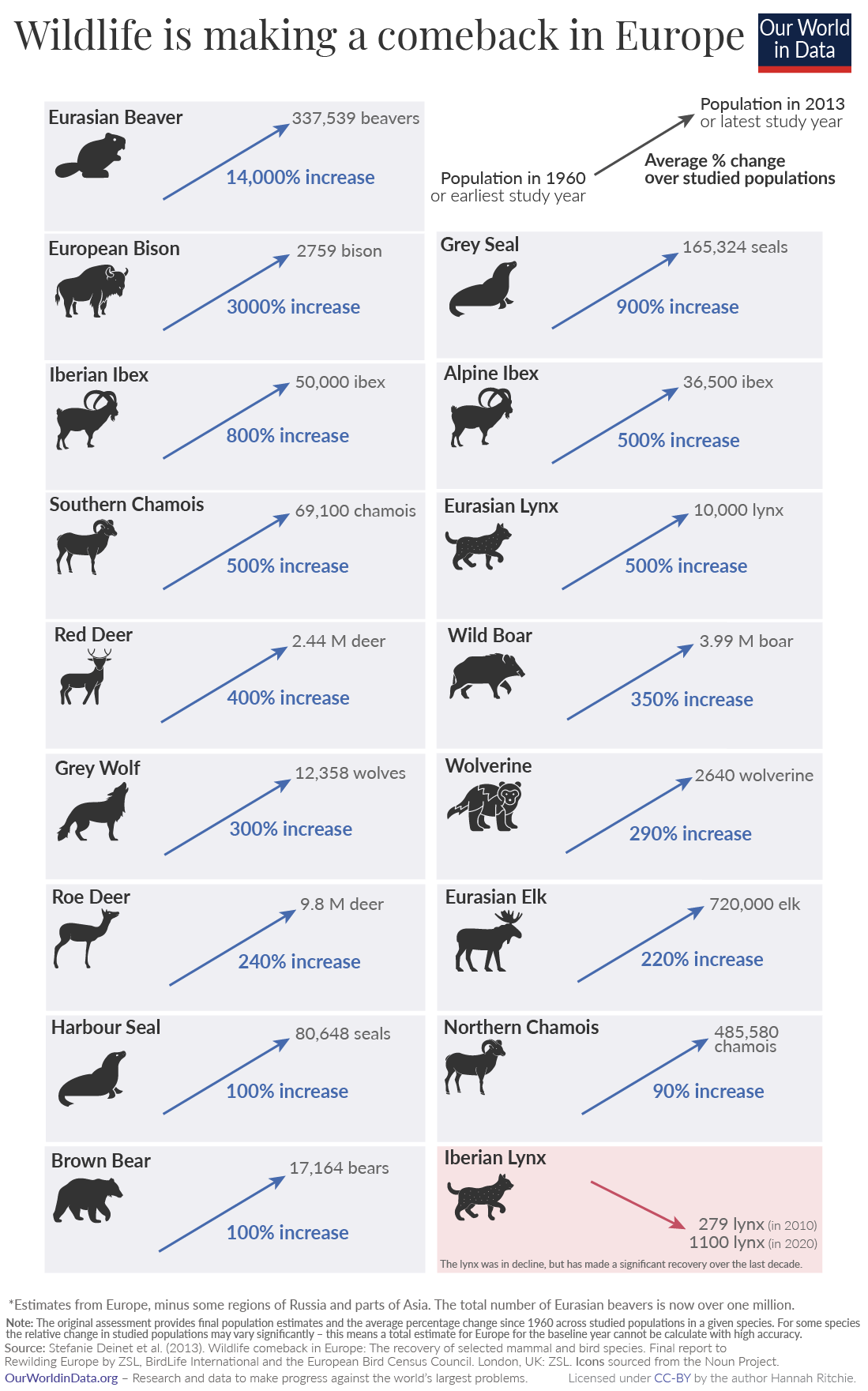 Cultivated land has been reduced since the 1960s. It has returned to its natural state, thus giving animals more space to live and grow. More efficient farming methods have helped us produce more food in Europe today than we did in 1960, despite using less land.

The reintroduction of animals where they used to live, but which had been exterminated in the past decades, has also been very successful in several cases. The most notable example is the beaver, which has been reintroduced to 25 countries. This contributed to its population increasing by 14,000% in 60 years.

Did you join E-Daily.gr? The news of the day and what clicks for you!

PAS Ioannina: The return of Plavoukos is official

Lykogiannis: “It was a bad game and we have to learn and fix a lot”

The fiscal dent of sanchismo