The modernization of the road network also helps tourism!

by HAVANNEWS
in Stock Market
Reading Time: 7 mins read
A A
0
0
SHARES
0
VIEWS
Share on FacebookShare on Twitter

The further improvement of the infrastructure in Attica will work for the benefit of tourism as well as the lives of the residents.

The possibilities of its further development and promotion tourism in Athena and in the wider area of ​​the capital (Athenian RivieraArgosaronicos et al.), were discussed during an event organized by you are as part of its presentation cycle of National Strategy for Tourism 2030 and of the individual Action Plans per Region of the country.

Special reference was made to the infrastructures that will work to his advantage tourism, but also of their lives resident. One of the important infrastructure improvement projects concerns the modernization of road network in state-of-the-art, smart, road network which maximizes the Road Safety. 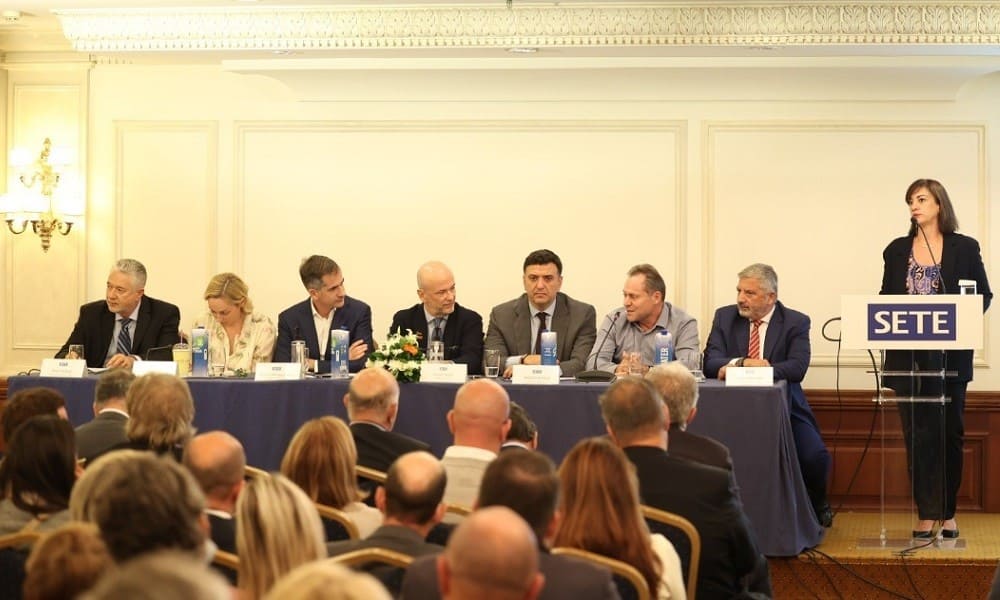 The regaining of the dynamics of the destination “Athena” post-pandemic, the improvement of existing and the creation of new infrastructure with an emphasis on a metropolitan convention center, the expansion of already successful alliances for the promotion and promotion of brand of the city like the figure This is Athens and Partners, as well as ways to attract new visitors, were some of the issues highlighted by the speakers.

In its central placement, the Minister of Tourism, Mr. Vassilis Kikiliasnoted characteristically: “Based on his very valuable work you are of INSET and MarketingGreece, it is considered necessary to speed up basic infrastructure projects on the one hand, but also projects that give a sustainable touristic character to areas throughout the country. In this light, all the proposed interventions of the INSET study “Greek Tourism 2030 – Action Plans” were evaluated, destinations with high tourist traffic were identified and prioritized 39 projects who support the sustainable tourism development, according to their physical object and the estimated duration for their implementation. These projects will be the product of consultation with municipalities and regions in order to make the goal of sustainable tourism development possible.”

In his placement o President of SETE, Mr. Yiannis Retsos, stressed the need to implement the National Strategy for Tourism 2030 and the Action Plans. In particular, for Athens, he noted that “O Greek tourism succeeded this year as well, in a complex environment with macroeconomic and geopolitical issues, to rise to the occasion, strengthening the country’s GDP beyond all expectations, thus creating resources for policies to support society from the excessive increase in energy costs and his ejection inflation. We achieved this by leveraging it strong brand her Greece which has been established over the last five years. An important chapter in the Greek tourism promotion strategy is the strengthening of the dynamics of its destination of Athens in international markets. In this context, the further promotion of the capital as a destination, with coordinated promotion actions, remains a key priority. He had – and will continue to have – a special contribution to this effort This Is Athens and Partners, the largest partnership between the public and private sectors, in which we have been participating since the first moment of its creation”.

Referring to short term leasesMr. Retsos noted that they are recognized as part of the tourism product. However, he emphasized that “beyond individual activity there is also a gray institutional framework that must be changed as it allows business groups under its cloak short term rental to carry out an activity fully competitive with hotels or rooms for rent with what this implies in terms of tax evasion. Among the proposals that have been submitted is, following the model of other European cities, to give the municipalities the possibility to set limits on the exercise of the activity”. At the same time, he emphasized that importance should be given to infrastructure improvement not only for his benefit tourism, but also of their lives resident. He particularly focused on the need to create a metropolitan conference center in Athens, which has been a demand of the industry for years.

In the greeting of Regional Governor of Attica, Mr. Giorgos Patoulispointed out that the Tourism development strategy of the Attica Region is aligned with the objectives of the SETE study on Tourism 2030, regarding the transition to sustainability, the circular economy, and Green Deal and pointed out that Attica won the 1st place among Europe’s Sustainable Tourism destinations for 2022, in World Travel Awards, prominence which he owes, as he said, “to the integrated plan implemented by the Region in order to become the first Green Region”. The Regional Governor of Attica underlined the permanent investment, on the part of the administration, in infrastructure upgrade her Attica, emphasizing as an example the modernization of road network in state-of-the-art, smart, road network which maximizes the Road Safety. “The Action Plan presented here today is undoubtedly useful material that will be taken into account in the preparation of Strategic Planfrom Region of Atticathe new DMO and the Development Organization of the “New Metropolitan Attica” Region, assured Mr. Patoulis, and explained that in collaboration with the Ministry of Tourism and based on Law 4875/2021, the Region of Attica is proceeding with the establishment of a Destination Management and Promotion Organization , DMO, through the Development Organization of the Region of Attica, the “New Metropolitan Attica”.

In his speech, Mr Mayor of Athens, Mr. Kostas Bakoyannispointed out that “We are investing in the extroversion of Athens, in the most important international tourism exhibitions and themed tourism exhibitions, thus ensuring collaborations and important events for the Athena. It is indicative that within 4 months, from September until the end of the year, Athens will have taken part in eight international events”, he emphasized in his speech the Mayor of Athens, Mr. Kostas Bakoyannisreferring to his actions and strategy Municipality for the promotion of Athens. He added: “I feel proud of everything – with the contribution of EATA’s competent executives – we have achieved so far in the field of development and promotion of the destination. Of course, more remains to be done. From our side, we will continue with the same enthusiasm, with a plan, vision and above all with projects to ensure Athens the quality tourism it deserves”.

At the same time, at the event, the National Strategy for Greek tourism with a horizon of 2030 and in particular the Action Plans concerning Athens, the Athenian Riviera and the Argosaronic Sea were presented by Mr. Elias KikiliaDirector General of INSETE and Ari IkkoScientific Director of INSET. In this context, special reference was made to the wider destination and brand “Athena” which is an “umbrella destination” and one of the most established, popular and iconic destinations in the country with significant growth potential in all major tourism products due to its significant resources and infrastructure as the largest civil centre of the country, while the important projects and the investments that have started are expected to be implemented on the beach front are going to contribute to its regeneration and its further touristic exploitation.

THE CEO her Marketing Greece, Ms Ioanna Drettaunderlined that “H Athena in the last 10 years it has made leaps and bounds, in terms of product the city has evolved a lot. However, the complexity and depth of the product it can shape, combined with the fact that it is a large one metropolis, they set the bar very high and force us all, private and public sector, to be vigilant. The protection of her identity and character city, it is a challenge, but at the same time, it is also an opportunity that is consistent with its global trends tourism. We must work in this direction, not only in the promotion, but mainly in the creation of the product”.

READ ALSO:
Europe’s largest road project is starting in Greece
Which will “fall” half a billion euros to improve road safety
Road safety is being strengthened in Kifissos!

“Take care of the child,” wrote the 48-year-old missing woman in Evrytania in a note