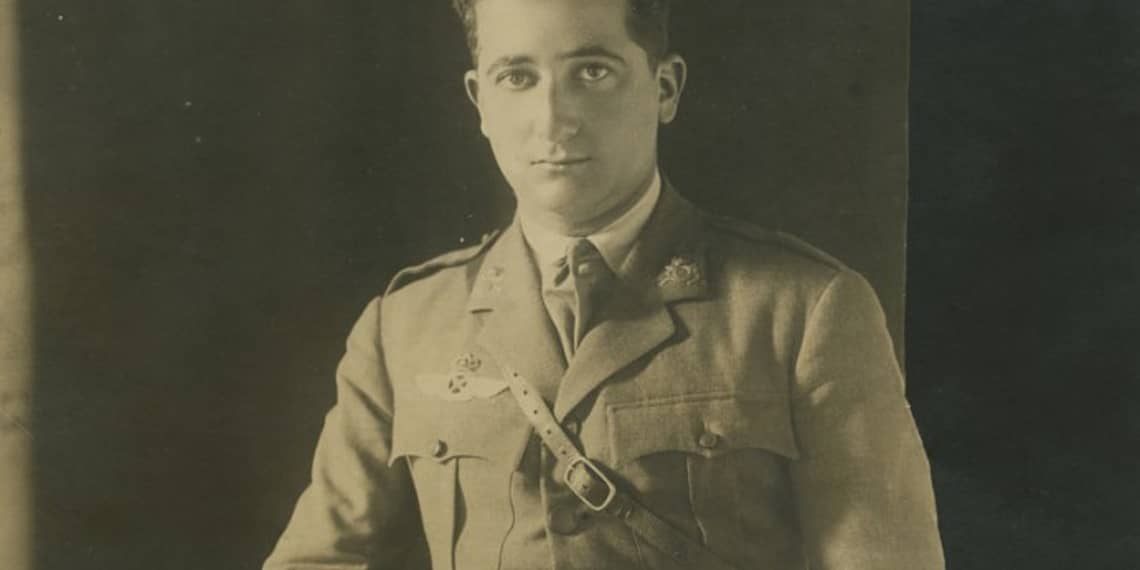 Ramon Franco he wanted to settle accounts with his brother and he found no better way to do it than a story. She wrote it in 1932 and published it in number 15 of ‘The Proletarian Novel‘, a magazine that housed the stories of some republican and anarchist authors disappointed with the moderate drift that, according to them, the Second Republic was taking. The title could not be more explicit: ‘Abel killed Cain’. And in its 32 pages, the two sons of Adam and Eve represent, without a doubt, the author and the future dictator, respectively.

The small and unknown novel begins with a fictitious journey through their childhood and concludes in the confrontation of both when they are adults… but with a difference: the one who dies murdered is not Abel, but Cain, that is, the coup general. The proof is that, from the beginning, the description that Ramón Franco makes of him and his brother is very similar to reality:

«When the parents discussed the future of both, regarding Cain there was no discussion. His fiery and quarrelsome nature indicated that he must be a military man. Cain was not very fond of study […]. Abel, for his part, tirelessly read the volumes of the magnificent library in his long hours of leisure. He preferred stories of adventures and fabulous trips. And, when the weather was good, he would go to sea in a small boat. There he meditated for hours and hours on what he had read and his romantic soul dreamed of reliving the episodes of his characters ».

Abel and Caín are, indeed, a transcript of the personalities of Ramón and Francisco, always according to the vision of the former. While Abel (Ramón) is described as a servant of the people, a defender of human brotherhood and a staunch enemy of the Catholic religion – “Christ, deified and revered on the altars, serves only to perpetuate evil in his name” , he points out–, Cain (Francisco) supports the castes, is an enemy of social equality and wants to perpetuate the privileges of the powerful.

“The uniform suffocated him”

The family history traced by ‘Abel killed Cain’ also fits what we know of the Franco family, with a “violent-tempered” father and punctilious honesty, who did not tolerate the delirium of his companions in that corrupt society”, Ramón describes in his story. And just like the two Franco brothers, Caín and Abel also choose a military career, although the latter never feels comfortable with the Army.

This is how Ramón tells it, speaking of his alter ego: «In those times of great immorality, the sons of teachers and military caciques reached primacy. This was his first disappointment in the struggle with life. Since then he cherished the purpose of abandoning the uniform, which choked him with its injustices, to dedicate himself to other studies and activities. He managed to fulfill his longing for adventure and undertook long journeys with increasing success. His name interested the crowds and his rebellions were popular ».

Indeed, six years earlier, Ramón Franco had achieved two world records during a flight with the ‘Plus Ultra’ between Spain and Argentina: the distance traveled with stopovers and the highest speed reached with a seaplane. Those two brands made him one of the most recognized adventurers on the planet. Even so, Abel’s political rebellion in the story was also that of the author in real life, where he won a seat in the Congress of Deputies with the Republican Left of Catalonia and where, a year before the Second Republic was proclaimed, he led a insurrection against the government of Berenguer.

“The character of the movement is markedly communist,” stated the press release delivered by the Minister of the Interior, Leopoldo Matos, on December 15, 193. Ramón, along with other soldiers, had taken off from the Cuatro Vientos air base to fly over Madrid and issue proclamations against the well-known regime of the ‘softdictation’ established after the resignation of Rivera’s cousin. «The garrison of Madrid revolted; The Republic is proclaimed”, was heard on the airfield radio station. Hours later, however, it failed and the little Franco was confined in jail until the 1931 amnesty.

The bloodiest part of Ramón’s story – whose caricature appears on the cover along with that of a supposed worker armed with a knife and a hammer – was yet to come. The confrontation between cain and abel ‘Franco’ is seen coming from the beginning. It is noted for the first time on page 18, when the latter becomes “an active militant of social struggles and is repeatedly imprisoned.” And he emphasizes: “Abel’s campaigns in favor of the oppressed and his attacks against the powerful and the merchants of Christendom separated him forever from his family, which was bourgeois and intransigent.”

Meanwhile, Cain is praised by all the enemies of the Republic for his military capacity, being considered the only one capable of overthrowing the regime. A regime against which Ramón, despite his republicanism, is also critical, considering it too soft when repressing the caciques and the powerful: «The Government continues to be insensitive to the needs of the people and thinks that to govern is to sit on the ministerial armchairs to order, without rhyme or reason, violent and unjustified repressions against the working people”.

Ramón’s story leads to a revolution that seeks to establish a new republican regime, one much more radical than the one that already existed in 1932. In fact, he himself baptizes it as the ‘Third Republic’. In the initial episodes of this revolt, Abel himself is arrested and tortured by the Police, which he describes as an “executioner with the mentality and practices of the Holy Inquisition who seeks to extract accusations from him.” However, the only thing the agents achieve is “cover the meat with purple welts.”

Abel’s (or Ramón’s) imprisonment lasts several months in this novel, but since “it is the people who have implanted the Republic,” he warns, “it is the people who are preparing to defend it.” And he continues: «The protest arises without preparations or prior agreements. Someone, I don’t know why, says ‘Long live freedom!’ and the popular uproar begins imposingly. The crowd throws itself against the jail and the doors, destroyed, cease to suppress the freedom for the Spaniards who are imprisoned by their desire to be free.

The end of the story skilfully describes the growing tension that occurs as the expected final confrontation between Ramón and Francisco Franco…or Abel and Cain. Here we reproduce them:

«From a neighboring camp, numerous military forces under the command of Cain, who had previously been deceived for the benefit of religion and the semi-feudal state that had fallen apart when the throne splintered, were advancing on the capital. The people, alert to defend their sovereignty, which is in danger of kidnapping, nervously watches. Along the great avenue that leads to Parliament, Cain advances at the head of his troops, the same ones that months before had cheered the Republic and paraded before Congress […].

The news falls like a bomb in Parliament. The commotion is huge. Some deputies prudently disappear and others agree to defend it until they die and declare themselves in continuous session. Resolution late! This has just received orders from the new government so that, even appealing to the force of arms, it prevents the parliamentarians from leaving. The uproar that ensues is indescribable.

Caín arrived in front of the Cortes when, from one of the side streets, a grandiose popular demonstration bristling with revolutionary flags and brandishing arms of all kinds was launched onto the avenue. In front of them is Abel. And, by a terrible trick of fate, Abel and Cain find themselves face to face. For a moment it can be believed that the brothers are going to parley and an imposing silence fills the spacious road. However, Abel doesn’t even have the purpose. He thinks that Cain’s robust reputation as a leader is the tie that unites those forces. It is said that the life of a man is worth infinitely less than the life of an ideal, so Abel’s arm, rising justly, strikes his weapon carefully. A dry rumble, a few slight wisps of smoke and Cain, his skull smashed, rolls lifelessly across the pavement.

The military forces, left without a leader, hesitate, cowed by the presence of the people. Some officers back off. Others try to resist, but are engulfed by the crowd, which wins the soldiers over to their cause in a brotherly embrace. All together they run to the Palace of Laws where the resisting deputies try to hastily vote a law to disarm the civilians who have crushed the royalist-clerical attempt, but it is too late. In the cameras the Third Republic is born splendorous, fecund dawn of a better humanity. And the blood of traitors runs copiously on the street».

The author ends his story by describing Abel’s crime as “holy”, the dream assassination of his brother for the sake of the revolution. It is likely that Francisco Franco read the story.