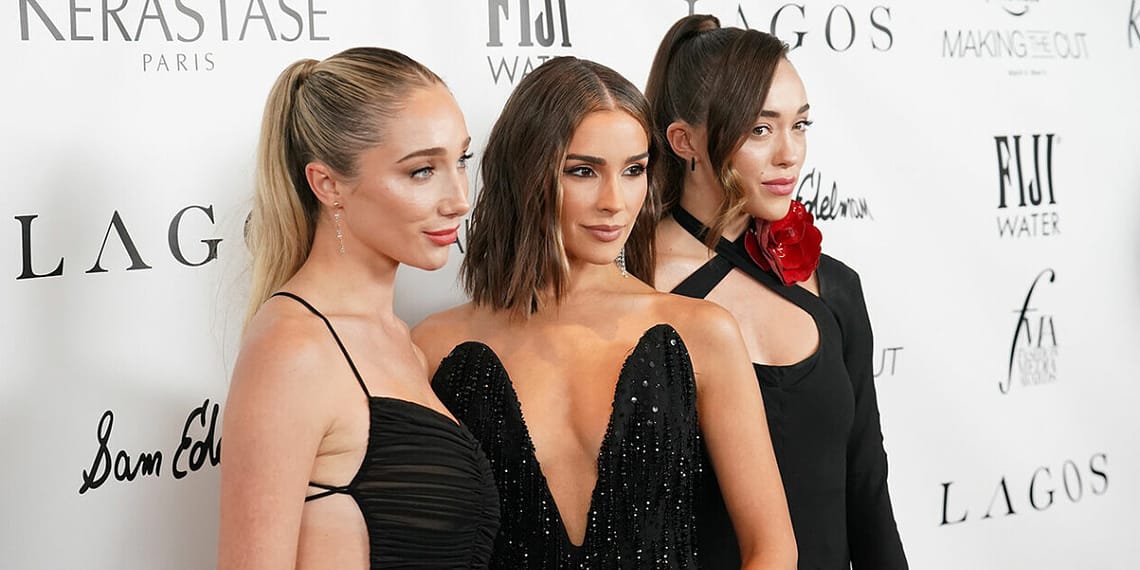 In November 2022, the new reality series will arrive The Culpo sisters which follows sisters Olivia, Aurora and Sophia Culpo. From a glam life on boats and events in LA to drama and tears – will the Culpo family become the new Kardashians?

Video: 5 reality series you want to watch in autumn 2022

Year 2007 had Keeping up with the Kardashians premiere and with it quickly came celebrity for the great the Kardashian/Jenner family. Since then, more families have pursued the same goal. One example is the D’Amelio family, whose success led to TikTok stars Charli and Dixie, along with parents Marc and Heidi, getting their own reality show on Hulu in 2021.

In 2010, Alexis Haines, a former member of the group, also had They bling ring, who became famous for breaking into the homes of a number of famous people, a series on E!. Among other things, the group broke into celebrities such as Paris Hilton and Orlando Bloom and stole everything from money to bags and shoes worth approximately three million dollars. In the series, you got to follow Alexis’ life as a model with her mother Andrea Arlington.

Former Miss Universe and influencer Olivia Culpo has now together with his two sisters got a new reality series, The Culpo sisters. The episodes will be released weekly and will follow the lives of Olivia, Aurora and Sophia as they hang out on yachts and attend events in LA. While the trio’s influencer lives are similar to the Kardashian sisters, they really need to make sure to pitch themselves to even have a chance to compete against the Kardashian/Jenner clan and their success.

Who is Olivia Culpo?

Olivia Culpo is obviously the equivalent of Kim Kardashian in the family, as the middle and most famous sister. She is the reason why TLC chose to bet on the television series with 5.2 million followers on Instagram. She has modeled for Sports Illustrated and is dating NFL player Christian McCaffrey.

Just like Kim Kardashian, Olivia went from being an unknown small-town girl from Rhode Island to becoming an overnight sensation when she took home the crown of Miss Universe 2012. The following year, she started dating Nick Jonas and then dated athlete Tim Tebow.

Olivia seems to be constantly bordering on being classed as a celebrity rather than an influencer, but has so far fallen short of the celebrity standard, not unlike Kim when she assisted Paris Hilton.

WHO ARE AURORA AND SOPHIA CULPO?

Aurora Culpothe oldest of the three sisters, is a so-called “health junkie” who likes eco-conscious brands and, according to a press release, is considered the bossy one in the family.

The youngest sister, Sophia Cuplo, according to her Instagram account, is a trained nutritionist who loves food and is a self-proclaimed gut health enthusiast. Sophia sees herself as the most Zen of the three sisters and she prefers to avoid arguments and confrontation. Like the middle sister, Sophia is also dating an athlete, namely Braxton Berrios who plays in the Jets.

You could argue that Aurora is a combination of Khloé and Kourtney Kardashian, while Sophia takes on the role of Kendall Jenner.

What do the Cuplo sisters do?

The sisters seem, just like the Kardashians, to be real entrepreneurs. Sophia and Aurora have jointly launched scented candles with the brand Wakeheart two weeks before the premiere of the show.

And Olivia constantly lists several different projects in her Instagram bio, ranging from co-founder of Rhode Island restaurants to creative director of a cocktail company. She has also started a company called More than a mask, which used to sell face masks but now sells jumpsuits and collaborates with the charity project Period movement.

We’re so curious about the drama the Cuplo sisters will (hopefully) bring.

The series premieres on TLC and Discovery+ on November 7, 2022.