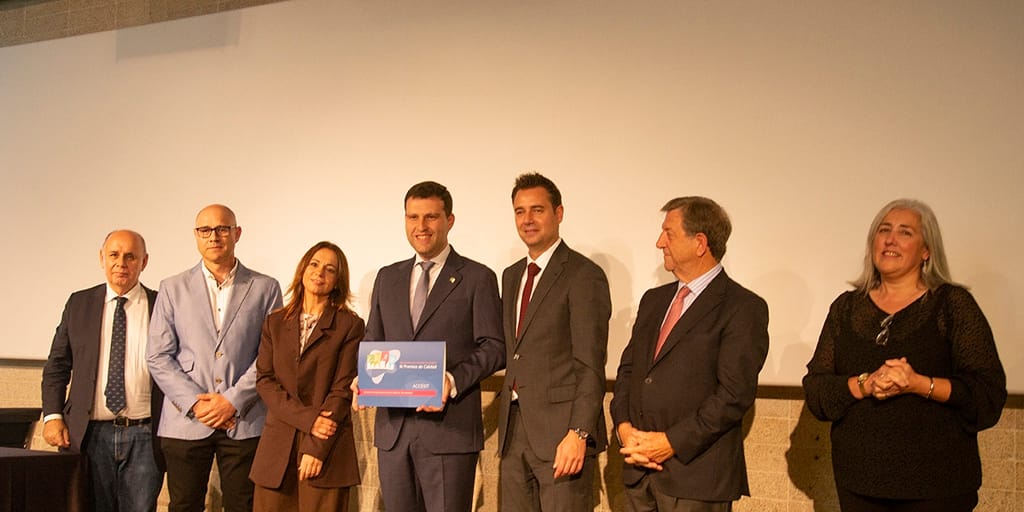 The Spanish Federation of Municipalities and Provinces of Spain (FEMP) has presented its Quality awards at the College of Architects of Madrid (COAM). In this third edition, the network has recognized the best local initiatives to promote the health and well-being of citizens fuensalida has obtained its second prize in the Category of Promotion of Initiatives that favor Healthy Lifestyles for cities with less than 2, inhabitants, for ‘PLORUS Local plan of healthy routes’.

The mayor, Santi Vera, along with the Sports Manager, Emiliano González, collected the award from the FEMP general secretary, Daniel Casares; the Secretary of State for Health, Silvia Calzón and the mayor of Burgos, Daniel de la Rosa, among others.

“It is a source of pride to receive an award for Fuensalida in Madrid, in the category of cities with less than 2, inhabitants, as it shows that the work being done is reasonably good and this is recognized by municipalities throughout Spain,” said Santi Vera.