Horror in Crete: He raped his granddaughter from the age of 5 - How the tangle of the tragic story unfolded

New BMW M2: How much does it cost in Greece?

The BZ3 is the new electric Toyota

H Toyota released information about its new all-electric sedan model intended for the Chinese market. Will the bZ3, as it’s called, manage to outdo Tesla?

After the bZ4X, Toyota presented its second all-electric model called the bZ3. According to what has become known, the new four-door vehicle is (apparently) based on the “e-TNGA” platform and its dimensions is: 4,725 mm length, 1,835 mm wide and 1,475 mm. height.

This means that they are close to his Tesla Model 3 (note: 4,694 mm long, 1,849 mm wide and 1,443 mm high) and many see the new Japanese model as a direct competitor. As it became known, the bZ3 is intended for the Chinese market, which reinforces this view, as the American company has a good commercial track record in the Asian country. 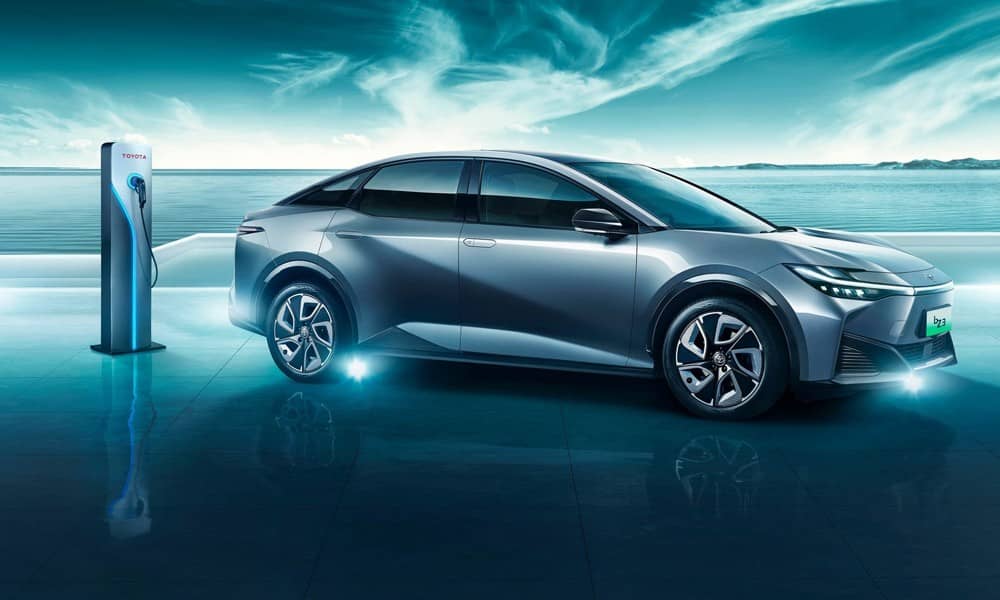 As it became known, the bZ3 is the result of a collaboration of about 100 people from three companies: Toyota and the Chinese BYD and First Automobile Works (FAW). In its announcement, the Japanese company clarifies: “The bZ3 is the result of the collaboration of three companies regarding the development, manufacture and technology of its batteries. Combining the strengths of each results in an unprecedented implementation of new values ​​and experiences for customers.”

The body of the Toyota bZ3 is aerodynamically refined, which results in a drag coefficient of 0,218, according to the company (comparatively, the corresponding Cd coefficient for the Model 3 announced at 0.23). To achieve this, its floor is flat, the airflow is directed in a certain way, the handles are integrated into the body, the wheels are carefully designed to contribute to this and the same goes for the rear bumper.

Its interior follows the philosophy called “family lounge”, i.e. it gives basis to the comfort of the passengers and to its simple and modern design. In the center of the dashboard is a large vertically positioned color touch screen through which the driver can carry out most of the individual functions, either by touch or via voice commands.

The new model has batteries lithium iron phosphate (“LFP”) manufactured by BYD. THE Toyota has not yet announced technical details about the bZ3 or its range. Regarding the latter, it is calculated that the maximum theoretical range will reach 600 km.

Horror in Crete: He raped his granddaughter from the age of 5 – How the tangle of the tragic story unfolded

New BMW M2: How much does it cost in Greece?