Idol in the 80s! Tino de los Parchis spoke of the accident in which he lost an arm: "It was a before and after in my life"

Bielefeld wants to present in the relegation battle

by HAVANNEWS
in Crypto, Hot
Reading Time: 3 mins read
A A
0
1
SHARES
0
VIEWS
Share on FacebookShare on Twitter 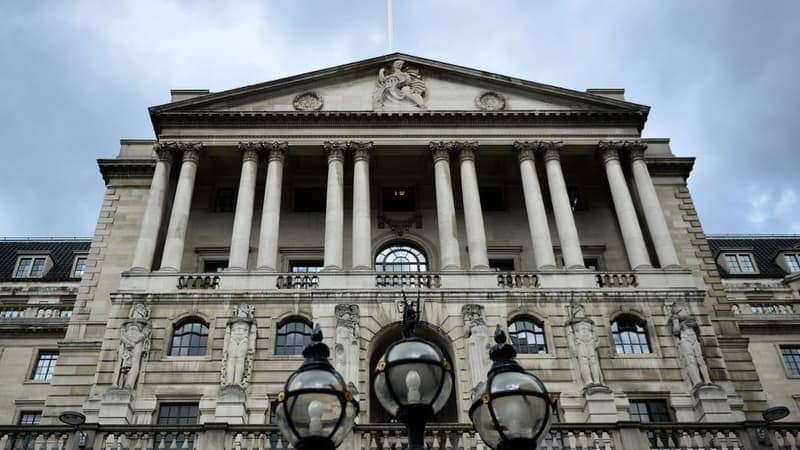 The monetary institution announced on Thursday the rise of its rate to 1% to counter inflation. In the aftermath, the pound lost more than 2% against the dollar and more than 1.5% against the euro.

The Bank of England (BoE) raised its rate on Thursday by 0.25 points to 1% to counter inflation, which it sees soaring above 10% in the fourth quarter and causing a contraction in the economy. . With an increase of 0.25 points on Thursday, this fourth consecutive increase brings the rate of the British central bank to 1%.

The day before, its American counterpart, the Federal Reserve (Fed), had raised its key rates by 0.5 points, catching up to fight inflation compared to the BoE, which began to act at the end of 2021, while the European Central Bank (ECB) plans to follow suit. “Global inflationary pressures have intensified severely after Russia’s invasion of Ukraine” and will affect British households in October with a rise in regulated electricity prices of 40%, the BoE explained on Thursday. , in the minutes of its meeting.

As a result, inflation will peak at “just over 10%” in the fourth quarter, significantly more than the 2% targeted by the British Monetary Institute, and the economy will decline with the fall in the purchasing power of households from the end of this year, which will cause the UK economy to contract by 0.25% in 2023.

In February, the BoE was still expecting a 1.25% increase in gross domestic product (GDP) in 2023. It now anticipates a contraction of 0.25% next year, after an initial drop in GDP in the last quarter of this year. year. In addition to the shock of the war in Ukraine, the British central bank report mentions the resurgence of the Covid-19 pandemic in China, which “creates new concerns on the production chain”.

Given the way the electricity market is regulated in the UK, with changes twice a year, “consumer price inflation is likely to peak later” in the country “than in many other economies, and could therefore come down later,” warns the BoE. The Bank notes, however, that it is basing itself, as it usually does, on a stabilization of energy prices, while the situation in Ukraine may change suddenly and tip them one way or the other. .

If prices remain at a high level, this “will inevitably weigh on the real incomes of households in the United Kingdom, and on the margins of companies established there”, underlines the BoE. “Monetary policy cannot do anything about this,” she adds, believing that its “role is to ensure that this change occurs in a way that is compatible with its objective of 2% inflation”.

For the monetary institute, the challenge is to prevent the rise in inflation (+7% over one year in March) from translating into long-term price and wage increases. Three of the nine members of the BoE’s Monetary Policy Committee (MPC) even voted for a steeper rate hike of 0.5 points, and “most members of the Committee believe that a further degree of hike in the next few months may still be appropriate,” according to the minutes.

BoE Governor Andrew Bailey will explain the Committee’s decision at a press conference. “We are in a period of unprecedented shocks” and “we are looking for a very precise balance between inflation and the risk of recession”, he explained at the end of April.

The subject of the cost of living, with rising energy prices hitting the lowest incomes particularly hard, is at the center of local elections being held in the UK on Thursday, with Prime Minister Boris Johnson promising to do “everything possible “, while the opposition mocks his “disconnected from reality” approach. The International Monetary Fund (IMF) had revised its forecast for the British economy sharply downwards a few days ago, saying it expected the United Kingdom to experience the weakest growth in the G7 next year.

This is what crypto markets will look like in five years, according to macro guru Raoul Pal

Idol in the 80s! Tino de los Parchis spoke of the accident in which he lost an arm: “It was a before and after in my life”

Bielefeld wants to present in the relegation battle

BBVA raises its sustainable financing objective to 300,000 million euros until 2025