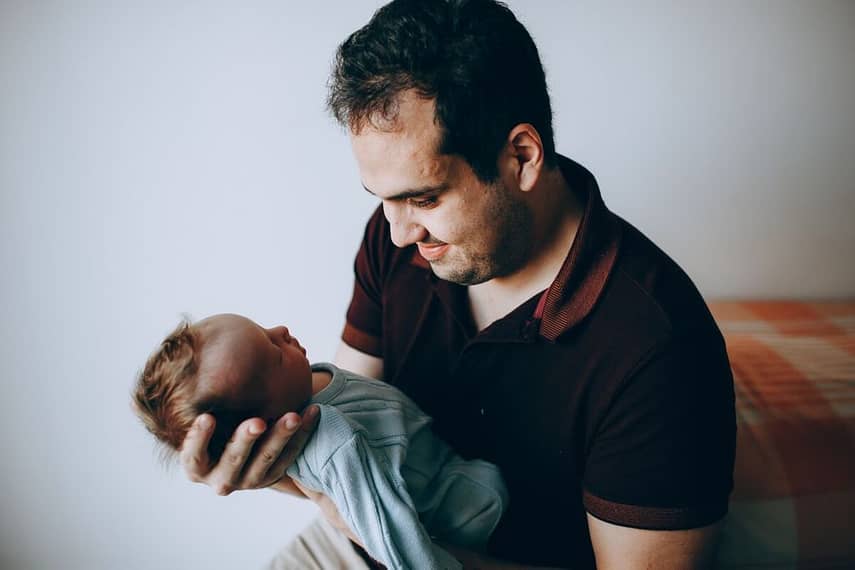 The story goes back to 1996. Peter Hickles has just turned 21. At the time, the doctors wrongly diagnosed him with rheumatoid arthritis. The Briton then flew to Australia to live there for a year. Unfortunately, his plans fall through when the doctors tell him his true diagnosis. He suffers from Hodgkin’s lymphoma, a cancer of the lymphatic system.. Back in England, he decides to freeze his sperm on the advice of doctors, who fear a risk of infertility. After depositing his sample in a bank, the Englishman begins intensive treatment.

Peter undergoes 9 chemotherapy sessions but ends up with a complete absence of sperm. The doctors then warn him: his sperm sample will only be viable for about ten years and its quality will decline over time. Far from worrying about it, the Briton continues to lead his life. At 47, he met his partner Aurelija and dreamed of founding a family. After getting the green light from the sperm bank, the couple spent 30,000 pounds (about 34,000 euros) to perform in vitro fertilization. Little Kai is born by caesarean section on Thursday, October 20, 2022. A beautiful baby of 3.9 kilos.

"I find it hard to tell myself that he is now there. I’m such a lucky dad" Peter told the newspaper The Sun. And to add: "I can’t stop looking at it and I can’t believe it. It’s really a small miracle (…) It’s incredible to think that he was in a freezer all this time." The young dad, a former football player, is looking forward to watching the 2022 World Cup with his son. While waiting for this sporting event, he pampers like never before. And according to his statements, the forties does not close the door to another child. For good reason, he did not use all of his sample.

Katerina Geronikolou – Yiannis Tsimitselis: They lost their suitcases for the second time on their trip to Canada