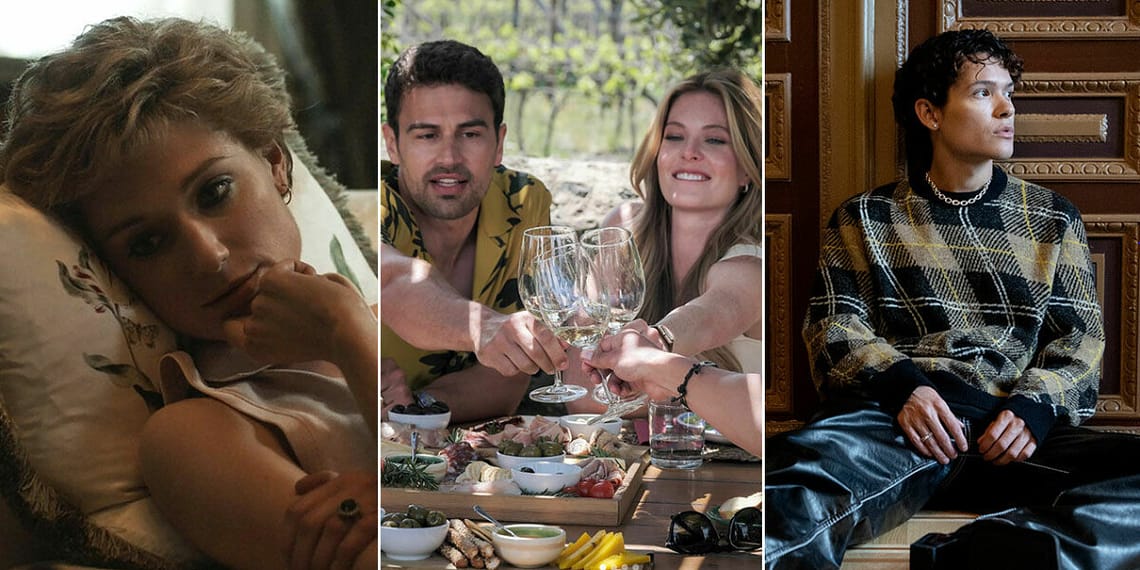 A man dies after falling off a destroyed bridge following his GPS: "An avoidable tragedy"

Latilly: came to see a theft in a house, the gendarmes remain silent in front of their discovery

Pop the popcorn and sit down in front of the TV! Series autumn 2022 is finally here and it offers everything from royal drama in Young Royals to uncanny comedy i Wednesday.

Finally, we get to curl up on the couch and watch some of the year’s most anticipated series. Here are seven favorites we’re looking forward to checking out this November!

After an entertaining resort experience in Hawaii to say the least, the series is The White Lotus finally back. Now we check into a luxury hotel in Taormina, Sicily insteadwhere the drama revolves around gender struggle, macho culture, revenge and prostitution. We also get a fond reunion from the lovesick Tanya (Jennifer Coolidge), who is now joined by Sopranos-actor Michael Imperioli, Theo James from Divergent and Meghann Fahy from The Bold Type.

The White Lotus is available to stream on HBO Max.

After the premiere of Young Royals the Swedish Netflix venture was an instant hit – and left viewers wanting more as the season ended with a lot of loose ends. In it new season of Young Royals a Christmas break has passed and Prince Wilhelm and the rest of his classmates are back at Hillerska. When Wilhelm tries to get revenge on August and win back Simon’s trust, problems are created that threaten the entire monarchy.

Young Royals available to stream on Netflix from November 1.

The new series The Night Riders is based on the story of the shocking abuse that occurred on a horse farm during the 90s. The action of the series takes place when the young girl Molly arrives at a horse farm to realize her dream of working with horses. Molly thinks she has arrived in paradise, but soon notices that everything is not right. The riding center is run by the successful trainer Tommy (played by Jonas Karlsson), who trains some of Sweden’s best in equestrian sports, but turns out to be a psychopath and a rapist.

The Night Riders available to stream on C more.

In the acclaimed Netflix series The Crown we now get to follow the British royal house in a penultimate season. Season five unfolds in the 90s and early 00s, where Prince Charles is pressuring his mother to allow him to divorce Diana – posing a constitutional crisis for the monarchy. Rumors begin to circulate as husband and wife appear to be living separate lives and as media scrutiny begins to escalate, Diana decides to take control of her own story. Breaking with family tradition, Diana publishes a book that undermines public support for Charles and exposes the cracks in the Royal House of Windsor.

The Crown Season 5 premieres on Netflix on November 9.

In new drama series Wednesday makes acclaimed director Tim Burton his interpretation of the strange Addams Family. The story begins with a number of murders plaguing the small town where Wednesday Addams (Jenna Ortega) has been sent to attend the prestigious boarding school for outcasts – Nevermore Academy.

Wednesday premieres on Netflix on November 23.

In the dark drama comedy series Mammals (which means mammal in Swedish), several revelations and secrets are brought to light and the complexities of a modern marriage are exposed. In a world with eight billion people – what happens after we find “the right one?”.

Western series The English takes place in the 1890s, when the English woman Lady Cornelia Locke arrives on the American prairie – and is looking for revenge. She searches for the man responsible for her son’s death, and meets the pawn Eli Whipp. Together they cross a landscape built on dreams and blood and are forced to test their limits, both physical and psychological. The English described as an extraordinary story of identity, revenge, race, power and love.

The English premieres on Prime Video on November 11.

A man dies after falling off a destroyed bridge following his GPS: “An avoidable tragedy”

Latilly: came to see a theft in a house, the gendarmes remain silent in front of their discovery