Despina Moiraraki: The first television appearance after the death of her husband - The adventure in Iran that scarred her

Since October, chains on vehicles are mandatory

by HAVANNEWS
in Sports
Reading Time: 3 mins read
A A
0
0
SHARES
0
VIEWS
Share on FacebookShare on Twitter

The supply of all the vehicles that circulate in Greece with anti-slip means, with the aim of protecting drivers when they circulate on snowy or icy roads.

In order to shield drivers from heavy snowfall, the Ministry of Infrastructure and Transport made it mandatory for all vehicles to be equipped with anti-skid chains or similar anti-skid means.

Also read: “End of an era” in Russia for Toyota

In particular, by a decision of the Deputy Minister of Infrastructure and Transport, Michalis Papadopoulos, which was published at the end of March in the Government Gazette, car owners of all categories are required to equip their vehicles with anti-skid chains or other similar anti-skid means, if the vehicle does not carry special tires (snow tires).

What are the anti-skid devices that drivers must have?

Otherwise, drivers must equip their vehicle with snow tires. That is, winter tires (snow tires), which are marked with the “alpine” symbol and the designation M+S.

Since when are anti-skid devices mandatory?

As stated in the ministerial decision, drivers must have either snow chains or snow tires from October to April every year, at the national or regional level of the country.

It should, however, be noted that during this period drivers do not need to have the above-mentioned anti-skids fitted to their car.

Anti-slip means, according to the website carandmotor.grmust be in the car (and then installed) only if an announcement is issued by the local competent Police or Traffic Departments, in case the latter consider that there are special security reasons. 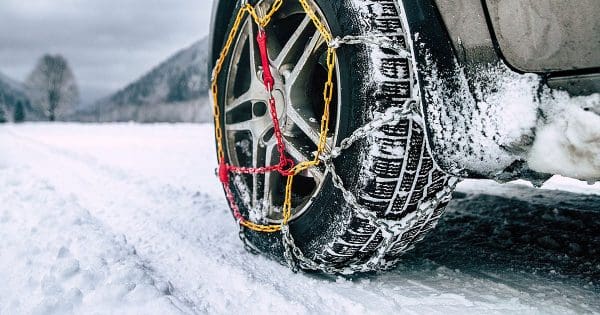 What are the drivers’ obligations?

Those who do not comply with the above are penalized with a fine of 80 euros.

Despina Moiraraki: The first television appearance after the death of her husband – The adventure in Iran that scarred her