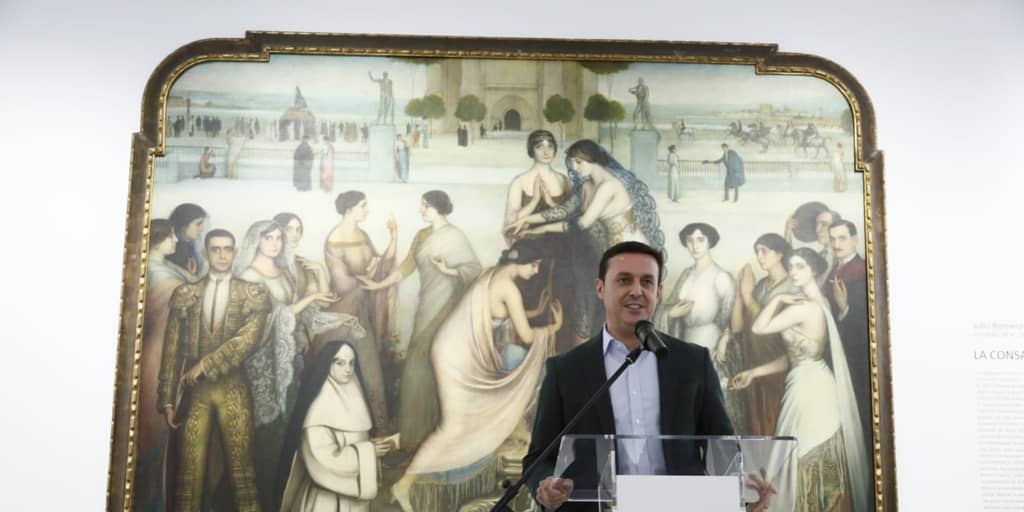 Ola-Conny reunited with Linda Persson - broke off the engagement

The crowning work of Cordovan painter Julio Romero de Torres, ‘La consecration de la copla’, is part of this Thursday the material legacy made available to society by the Ibáñez-Cosentino Art Foundation. This spectacular canvas can already be seen in the museum that the society has in Olula del Río and it will be possible to enjoy the future center of Contemporary Spanish Realism that will open its doors in 2023.

This painting has been presented at the Casa Ibáñez Museum in Olula del Río. It was acquired by the Cosentino family, the foundation’s patron company, from its previous owner, the Prasa de Córdoba group. The president of the Diputación de Almería, Javier A. García Molina, thanked this gesture for «a sample of the generosity of a foundation that has only one objective: share its artistic heritage with Almerian residents and visitors. Almeria society needs more than 100 years to thank all that Cosentino is doing for the province».

During these weeks the auctions of the end of the work are being carried out in the old Provincial Hospital that will house the Museum of Spanish Realism, the first in Spain. It is the only civil building from the 16th century that is still standing in the city of Almería.

Representing the family, José Martínez Cosentino described this act as “a true honor because this painting is by a painter who represents Andalusians and who knew how to capture the soul of Andalusia. We are always involved for our land so that the people who visit us get to know Almería through culture and museums, and our way of being reaches them and that we are valued for our culture and our museums».

The director of the Ibáñez Cosentino Art Foundation, Juan Manuel Martín, acknowledged that for the Foundation «today is a very special day in our history because we are once again a absolute reference of culture and art in Andalusia and Spain. This painting is synonymous with the quality and relevance of a painter like Romero de Torres, one of the benchmarks of Andalusian art at the end of the 19th and beginning of the 20th century, a work that marks a before and after in his career».

This imposing 250 x 300 centimeter canvas, painted in tempera and oil, was conceived and executed by Romero de Torres between 1911 and 1912. The painting treasures all the elements of the artist’s aesthetic and conceptual universe, a kind of masterful compendium of his telluric symbolism on the ancestral myths of the Andalusian, in a centralized composition inspired by the painting of the masters of the Italian Renaissance.

Until the next opening of the Museum of Spanish Realism, the painting, which has been deposited in the artistic collections of the Ibáñez Cosentino Art Foundation, can be seen in the museum facilities of the City of Culture in Olula del Río.

Ola-Conny reunited with Linda Persson – broke off the engagement

Luis Suarez leaves Nacional! Where he transfers after the World Cup