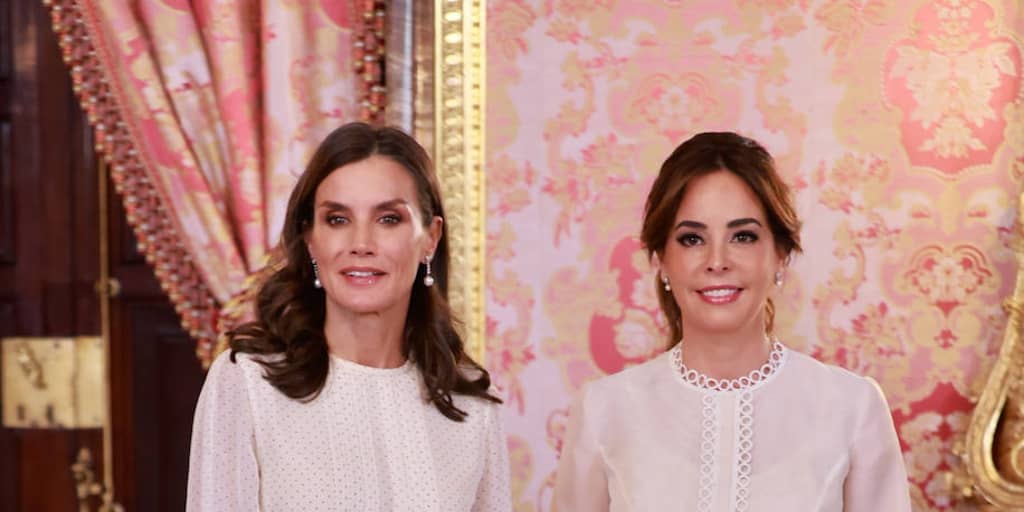 Queen Letizia, with a polka dot dress that the Infanta Sofía already wore

by HAVANNEWS
in Entertainment
Reading Time: 3 mins read
A A
0
0
SHARES
1
VIEWS
Share on FacebookShare on Twitter

The King and Queen received at the Royal Palace in Madrid the the president of Paraguay, Mario Abdo, and his wife, Silvia López Moreira. Both women have agreed on the color of his styling: white.

Mrs Letizia has worn a design by Carolina Herrera which premiered the Infanta Sofia during the hearings of Princess of Asturias Awards in 221.It is a flowing dress, below the knee, in white with discreet black polka dots, long puffed sleeves with cuffs, and a tie belt.

Doña Letizia likes Recycle your garments, giving them a second, third or even fourth life. In addition to repeating styling, in recent years it is also common for share some clothes with your daughters. This is the case of this Carolina Herrera dress, which Sofía premiered about a year ago. What is not known is whether the Queen acquired it for her, or for her daughters.

The Infanta Sofia She wore it with black pointe ballerinas, with metallic low heels. While Letizia has chosen to wear the high-heeled shoes that she wore in her visit to Tudela with the original H&M skirt. These are black Magrit pumps, with braided leather and bow detail.

As for the jewels, the Spanish monarch has chosen the australian pearl earringsdiamonds and white gold, which she wore last week during the Princess of Asturias Awards audiences.

Letizia has worn her hair loose, combed with mid-length waves. Her makeup has been very natural, with pink shadows, black eyeliner, mascara, a light blush on her cheeks and a pink lipstick with a gloss finish.

For its part, Silvia Lopez Moreirawith which the Queen already coincided last year during her visit to Paraguay, has chosen a white dress with handmade embroidery on the skirt. She has combined it with nude pumps and pearls.

“Just don’t eat out of the garbage”