Production of the Ineos Grenadier has begun

THE Ineos Automotive started with a relatively dynamic presence about two years ago with the introduction of the original Grenadier. Now, the new off-road model has entered the production process.

The first one Grenadier rolled its wheels off the end of the production line, launching its manufacturing process at the Ineos Automotive plant in the city of Hambach (northeast France), which it bought from Mercedes-Benz in late 2020.

The “Grenadier” is very similar to the Land Rover Defender, which we recall resulted in a legal dispute between the two companies. Finally, the members of the court who tried the case rejected the appeal of Jaguar Land Rover, considering that there is no question of violation of intellectual property rules by Ineos Automotive. Thus, the way was opened for the new model to enter the production process. 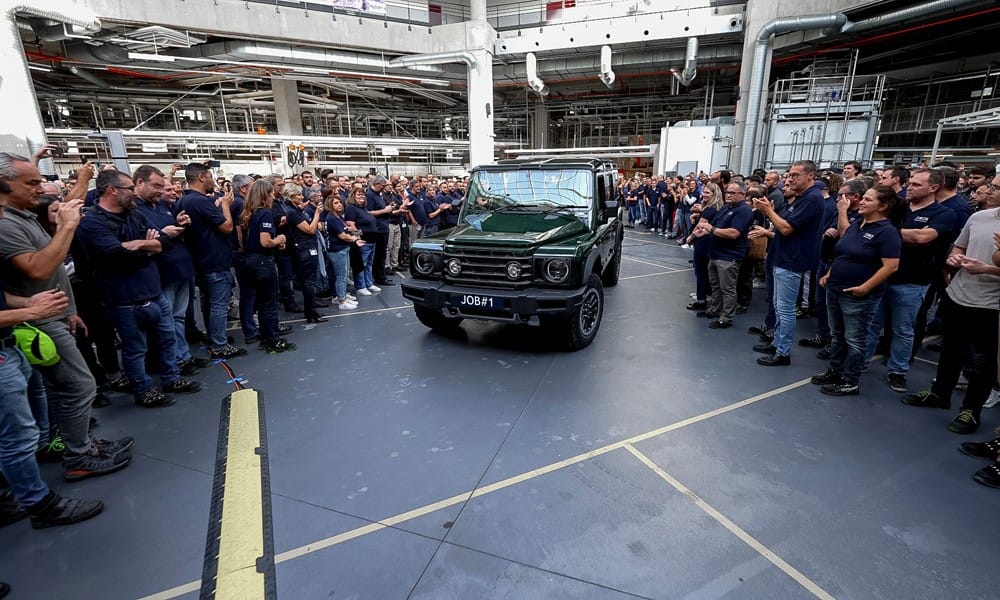 Of course, since then, it has been delayed both due to the novel coronavirus pandemic and the shortage of semiconductors. So, its construction started just a few days ago (October 18 to be precise). According to company executives, initially, the production rate will be relatively low due to problems in the supply chain.

However, the first deliveries of vehicles to customers will take place December 1st, as announced by Mr. Mark Tennant, Commercial Director of Ineos Automotive. He also referred to the process for the development and creation of the Grenadier saying: “Since 2017 when we announced the program we have come a long way. The start of production of Grenadier is a milestone for the company as a car manufacturer.

“That we have reached this point is a testament to the hard work and resilience of the Ineos team Automotive, our partners and suppliers whom we thank. Now, we look forward to delivering the first cars to our customers.”

We remind you that the Grenadier is based on a ladder type frame and its suspension has been developed in collaboration with the people at Magna Steyr. The engines it uses are hers BMW, either the three-liter, six-cylinder in-line, gasoline engine of the 286 horsepower or the same layout (also three-liter) diesel engine of 246 horsepower. It has an eight-speed ZF automatic transmission as well as a gear reduction gearbox.

READ ALSO:
Ineos is preparing a smaller Grenadier
The rugged Ineos Grenadier and in rural
Hard tests for the new classic Defender

The way is open for Carlson in Ericsson