News: Sirius made important points: "Then I'd be a donkey..."

Child abuse: What applies in Greece - What is the "Underwear Rule" 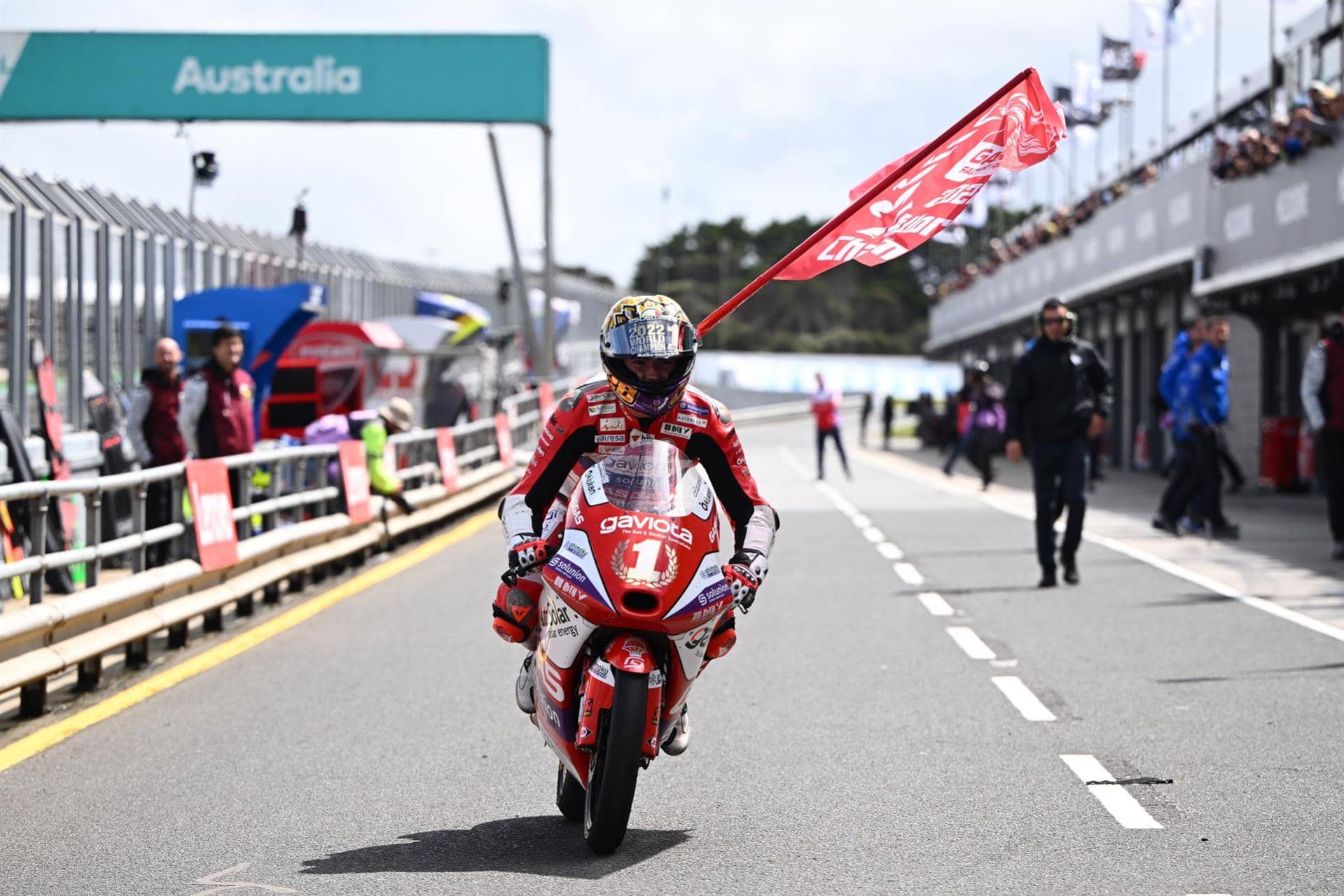 Thousands of kilometers from the Island, Majorcan motorcycling has been found on the Pacific coast of Australia, near Melbourne, a talisman circuit. Scene of some of the great deeds of the island pilots and, from this October 16, 2022, a place of reference in the life of Izan Guevara, one more of the protagonists of the long list of celebrations that that track, which just five and ten years ago, experienced other glorious early mornings for island sports.

Because Guevara is the third Majorcan to be proclaimed speed world champion at Phillip Island, following in the footsteps of Jorge Lorenzo and Joan Mir. In other words, the three Balearic Islands that are part of the history of the World Cup have left their mark on Australia.

Just about ten years ago on October 28, 2012, Jorge Lorenzo won his second MotoGP title there (the first was in 2010). He did it benefiting from the early fall of his great rival for the general classification, Dani Pedrosa, and after finishing second, behind the local idol, Casey Stoner. It was the 16th podium of the season for the Yamaha rider from the Balearic Islands, who took a 43-point margin (350 from Jorge to 307 from Pedrosa) to clinch the title with the Cheste race remaining.

But Phillip Island’s idyll with Majorcan motorcycling went further a luster ago. And it is that, five years after that success of Lorenzo, another islander appropriated a world title in that corner of the Antipodes. Joan Mir -who precisely debuted there in 2015- won the Moto3 race and joined the club of champions, beating Livio Loi and Jorge Martín in the race, to leave an insurmountable gap of 70 points (296, to Romano Fenati’s 226) in the absence of two Grand Prix: Malaysia and Valencian Community. Thus, the then Leopard rider entered the annals of motorcycling on October 22, 2017, to repeat three years later, although in MotoGP and with Suzuki.

Every five years, Mallorca has reason to look to Australia, where Izan Guevara has extended this unique relationship between two islands separated by thousands of kilometers, but united by three pilots.

News: Sirius made important points: “Then I’d be a donkey…”

Child abuse: What applies in Greece – What is the “Underwear Rule”

England shocking 3-3 with the “English” of Germany