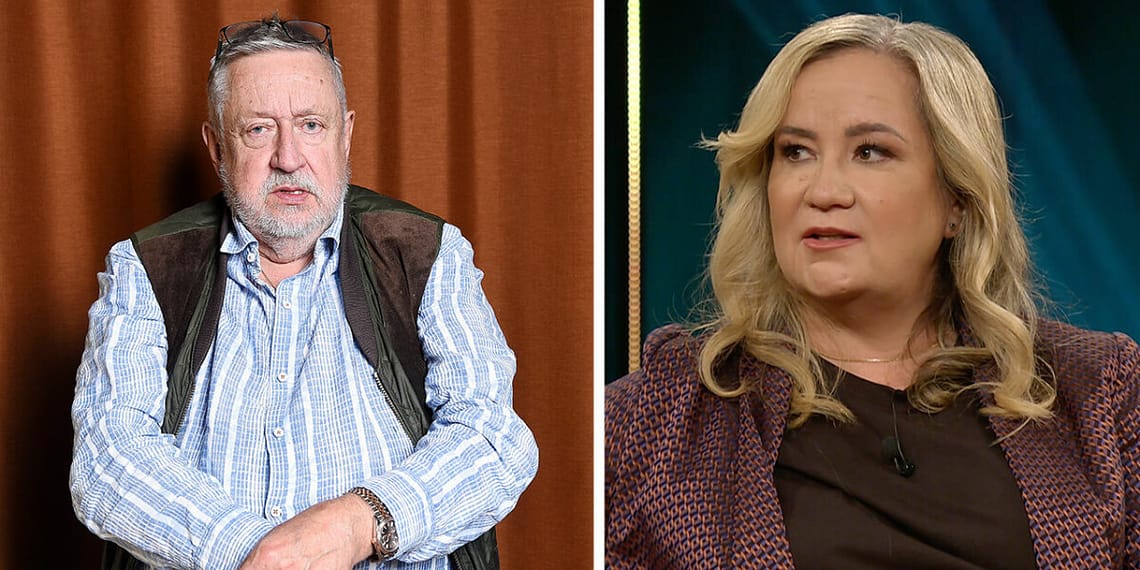 The author and columnist Malin Persson Giolito seems to have inherited a bit of his famous father Leif GW Persson’s trait as a loner.
When she recently had to go to the hospital urgently in the middle of the night, she got there on her own instead of waking her husband, she tells Carina Bergfeldt’s talk show.

Malin Persson Giolito53, is a trained lawyer and has written several books just like his father Leif GW Persson77. Among other things, she has written Störst av allt, which became a Netflix series of the same name in 2019.

It is only with regard to authorship that Persson Giolito has followed in his father’s footsteps. She also seems to have gotten a kick out of his trait as a loner, which Leif GW Persson himself has described himself as.

In Friday’s episode of Carina Begfeldt in SVT, Persson Giolito tells that she had to go to the hospital urgently in the middle of the night recently. But instead of waking her sleeping husband, she decided to go to the emergency room on her own.

– When I realized that I had to go to the emergency room because it just didn’t work, then everyone was sleeping at home, my daughter and my husband. So instead of like a normal person going and asking for help to get to the hospital, I stood in front of all those damn bikes that are down in the hall and thought that I’ll ride my bike there then, says Persson Giolito, which causes the audience to break out laughing.

Persson Giolito: “Why should ha sit there?”

However, the 53-year-old realized that it was a bad idea because she was in so much pain. But instead of asking for help, she called a taxi that took her to the emergency room.

Instead of waking up your husband? asks Carina Bergfeldt in the program.

– Yes oh yes, I think why should he sit there? I still agree with that in and of itself. I still think it was quite good of me to take a taxi in, replies Persson Giolito.

And what was it then that caused the author such pains?

– It started with a gallstone attack and I had a lot of complications from it, says the 53-year-old in the program.

Leif GW Persson on retirement: “Will work until I die”

Kim Kardashian Calls Out Kanye West’s Treatment of Her Family

3 Bold Predictions For The Second Half Of 2022