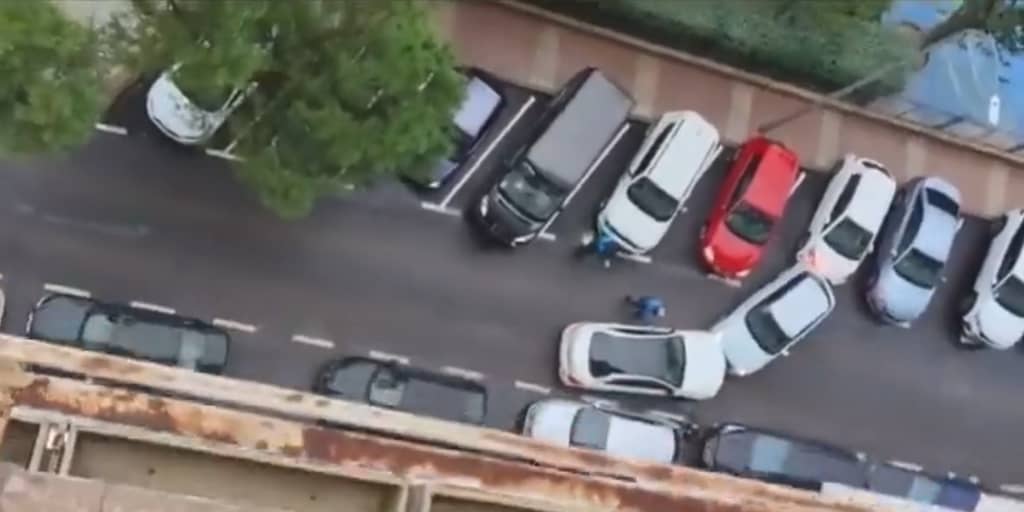 Persecution and shooting in front of a school in Alcorcón

by HAVANNEWS
in Entertainment
Reading Time: 3 mins read
A A
0
0
SHARES
0
VIEWS
Share on FacebookShare on Twitter
ADVERTISEMENT


This functionality is for rs only

A high-speed vehicle forced local police officers from Alcorcón and Nacional this afternoon to shoot towards its wheels in order to stop its progress. The events have been unleashed after its two occupants have not stopped when they were stopped by the municipal agents. While fleeing, they collided with another car, which was driven by a woman.

After that, the criminals have begun to circulate reverse with the intention of trying to run over the agents, which is why the two Corps have fired deterrent shots, without causing any injuries. One of the individuals has been arrested, while the second has managed to escape after a struggle (as can be seen in the images that several neighbors have recorded), although he has also finally been arrested.

The events took place at 5:3 p.m. in the Parque de Lisboa neighborhood, very close to an educational center. Tourism, brand Mercedes, has come to circulate on a street in the opposite direction. Agents of the Scientific Police are now in the area to collect evidence and check if the vehicle had been stolen.

Katya Tarabanko: She is changing a page in her life and… her hair – “My mother is making me blind”