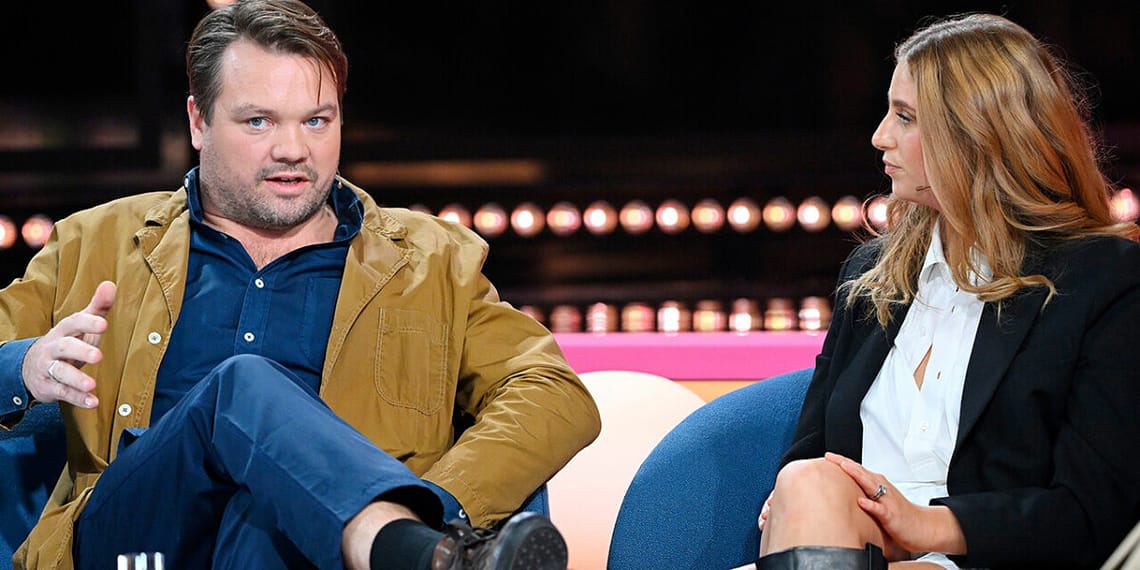 Penny Parnevik and Douglas Murray about their 17-year age difference

There is a 17-year age difference between spouses Penny Parnevik and Douglas Murray. Now the couple talks about the big age difference.
– It is most noticeable when we…, says Penny.

Last summer passed Penny Parneviks25, and Douglas Murray’s42, wedding of the bar and the couple said “yes” to each other in front of family and friends.

Douglas, who for many years has been a close friend of Penny’s parents, Jesper Parnevik57, and Mia Parnevik54, began to like each other and that’s the way it is.

In February 2019, Douglas proposed to Penny, but the wedding had to wait as the couple became parents later that year when the son Atticus, 3, was born. Two years later they had their daughter Pebble1.

Penny and Douglas about the age difference

– Oh, all the time, says Penny and laughs.

– Not when it comes to maturity anyway, replied Douglas.

But despite the 17-year age difference between Penny and Douglas, it turns out that Penny is the more mature of the two.

– No, he’s so immature! So that’s good. No, but I would say it is most noticeable when we hang out with my parents, states Penny.

– Because my father and he are best friends and then it becomes a bit of a rivalry between me and father, who does he love the most?, she says and means that father Jesper usually wins Douglas’s love.


Douglas on Penny’s first meeting with the friends

In the program, Douglas says that he thinks the big age difference becomes noticeable when they hang out with his wife’s friends. But Penny disagrees and reminds Douglas of an incident at one of his friends’ houses early in their relationship.

– We will have the first dinner together, I cook dinner as usual and he pours nice wine and here comes Penny in pyjamas, says Douglas.

– Then it had dinosaurs on it, I remember so clearly and I was so shocked because you were dressed like this, says Penny, referring to her husband’s shirt and jacket.

Luckily, it seems to have been a nice dinner even though Penny showed up in pajamas to the dinner table.

U.S. oil benchmark closes at 11-week high with summer driving season set to get under way