by HAVANNEWS
in Business, Hot
Reading Time: 3 mins read
A A
0
10
SHARES
596
VIEWS
Share on FacebookShare on Twitter

The US shipping giant AMAZON was able to generate net sales in Germany in 2016 of 8.1 billion euros and continues to be the undisputed leader of the German e-commerce market.

The new and old industry leader was once again able to noticeably increase its earnings compared to 2015 (7.8 billion euros) by offering and selling its own merchandise.

However, the stated value of the turnover achieved by Amazon only includes the proceeds that the company generates through the sale of its own goods. This does not take into account the sales of trading partners who offer their products via the Amazon marketplace. The company does not show these figures specifically, but only announced a total turnover of 12.8 billion euros for Germany.

This figure contains the turnover from the sale of own goods (8.1 billion euros, see above)

The turnover from paid Prime memberships as well as the commissions and service fees of the retailers represented on the marketplace.

In addition to its main business in the form of online shipping, Amazon operates numerous other commercial services such as the web video library “Amazon Video”, the audio book service “Audible” and the online music service “Amazon Music”.

In addition to the in-house online shop, the most important revenue generator is the “Amazon Marketplace”, where private and commercial purchases and sales of new or used goods can be made and processed. For each item sold, Amazon calculates a commission that is dependent on the sales price and has to be paid in parallel.

The company offers a service known as “Amazon Prime”

In which the majority of the orders placed are delivered and delivered to the customer the following day at no extra cost in return for payment of an annual membership fee. In addition, as a Prime customer, you can take advantage of discounts or free additional offers in the “Prime Music” and “Amazon Video” areas. 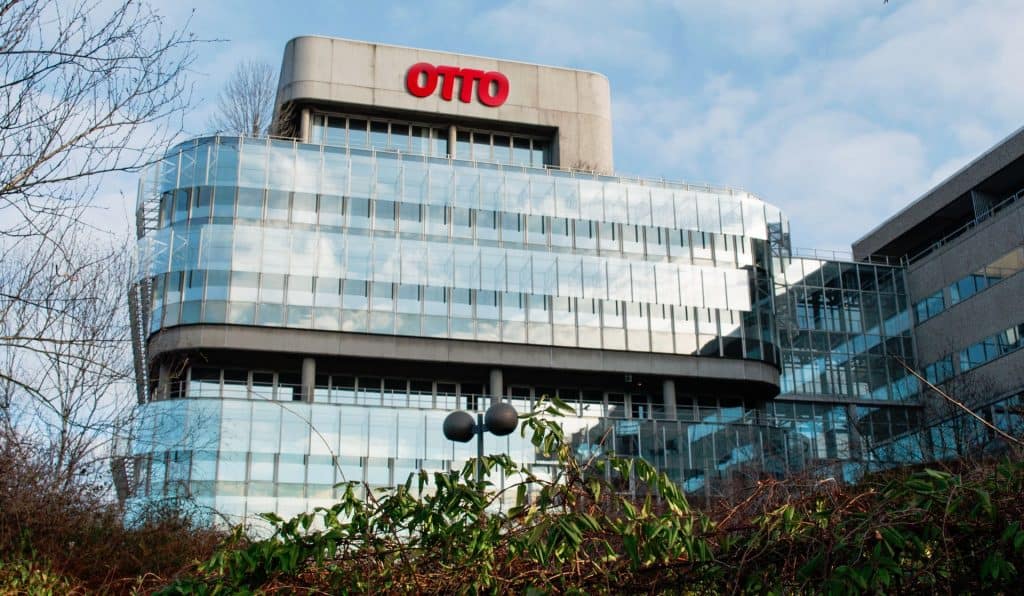 The dominance of the US group at the top manifests itself in the financial distance to the universal mail order company OTTO GROUP as the second largest supplier with a turnover of 2.7 billion euros could achieve.

The Otto Group was able to record a significant jump in sales of over nineteen percent in 2016 and is now already generating over 90 percent of the group-wide total sales through its existing online offering. In this range, the company includes more than 6,000 brands and over two million items from the areas of fashion, lifestyle, household and multimedia.

In its various online shops, Zalando offers customers a large selection of different fashion items such as clothing, shoes and other accessories.

On rank 4 is with NOTEBOOKSBILLIGER.DE

The German electronics mail-order company with the highest turnover. The company’s turnover in 2016 was 706 million euroswhereby the most important business area is the shipping division of notebooks and other mobile devices such as tablets and smartphones.

5th place takes the BONPRIX Trading company with an annual turnover of 586 million euros a.

The extensive range of goods in the web shop, the most important sales channel, includes not only fashionable clothing but also accessories, small pieces of furniture and house and home textiles in a current total of around 30,000 item positions.

The ranking of online retailers based on sales figures for 2016 proves the commercial appeal and durability of multi-shop strategies and marketplace business models. Above all, the top 3 online shops confirm that a comprehensive platform or an integrated marketplace with a very large customer base can mean a significant competitive advantage.

The example of the Otto Group also illustrates the success of multi-channel models, in which different shops under one roof address different target groups and meet their individual needs. At the same time, they serve as important niche providers in an extremely dynamic and changeable market environment.