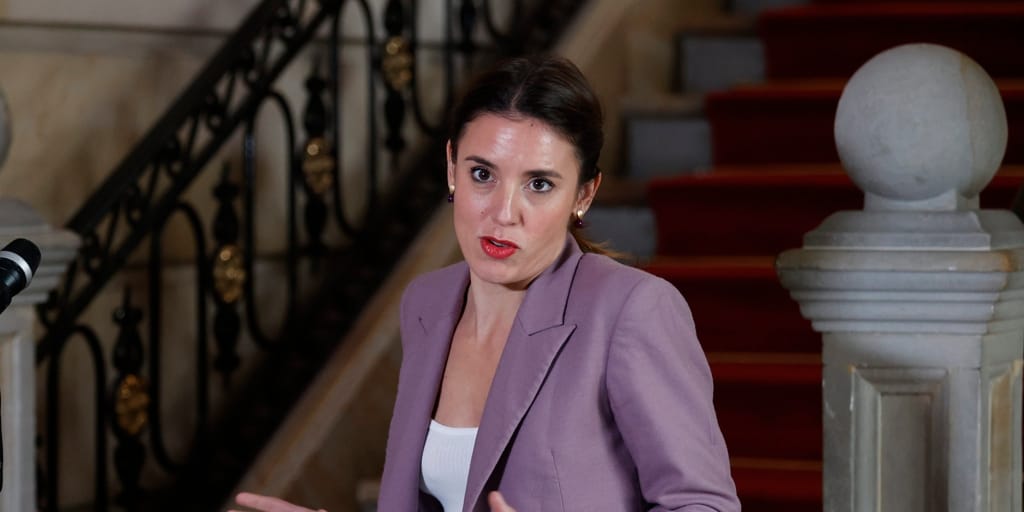 “Not a single sentence reduction is known or will be known, it is sexist propaganda”

Reduced sentences for sexual assault using the ‘law of yes is yes’ they were never going to arrive, said the Ministry of Equality. Minister Irene Montero, just 13 days ago, was very clear about this during her speech at the Commission for Monitoring and Evaluation of the Agreements of the State Pact on Gender-Based Violence in Congress: “There is not yet a single known reduction in sorrows, and will not be knownIt is sexist propaganda«. However, they have already arrived, since the Provincial Court of Madrid has reviewed the sentence of a sentenced person for the sexual abuse of four minors in light of the reform of the Penal Code that introduced the norm, passing from six years, six months and four days in jail to have to serve a year.

Montero, although he recognized then that all those who had been convicted of this type of crime were within their right to request a reduction in sentences for the amendment of the lawassured that in no case would these materialize, since he pointed out that if the sentences established fell within the new range of sentences review would not fit. “Both the State Attorney General’s Office and the jurisprudence in our country are clear,” he said.

But the Minister of Equality went further and accused the lawyers of making “macho propaganda”. “It is the resource that is left to the defenders of sexual aggressors when progress is made in the protection of the rights of victims and when progress is also made in our society towards a culture of consent that no longer legitimizes or normalizes or whitens the sexual assaults. I say it clearly: it is sexist propaganda, “she sentenced.

Irene Montero then also accused of wanting to “criminalize feminist advances” through “sexual terror”. «Since we live in a context where it is more important and headline that it is taken out to generate sexual terror and to re-criminalize the feminist struggle and question feminist advances and to make women doubt what happens, that many headlines do come out scandalous,” he said.

It was not the first time that both Montero and his team guaranteed that the new law would not bring reductions in sentences for those convicted of sexual crimes. Precisely when the requests for reduced sentences began, the Secretary of State for Equality, Ángela Rodríguez Pam, spoke of “macho hoaxes” to discredit the news about it and charged against the lawyers: «They are the lawyers of the alleged rapists. They are sexist propaganda, a desperate attempt by the defense.

Rodríguez Pam insisted that, according to jurisprudence, there was no review of the penalties by fitting into the same range of penalties as those that were established before the modification of the norm.