Queen Elizabeth: Her children's vigil around the coffin

Gigi Hadid's father on DiCaprio: "I liked him a lot"

Turkish journalist Abdullah Bozkurt, exiled in Sweden, has made a “bombshell” revelation about Ankara’s strategy, as the Nordic Monitor website claims that the Moscow blames her Anchor how he plans to arm the Bayraktars with chemical and biological weapons.

In particular, the website presents classified documents that emerged after interception by the Russian intelligence services and which have been submitted to the UN Security Council.

In particular, Russia accused Turkish drone manufacturer Baykar Makina of being involved in a plan to equip its drones with chemical and biological warfare capabilities at the request of Ukraine, with Turkey denying the accusations. 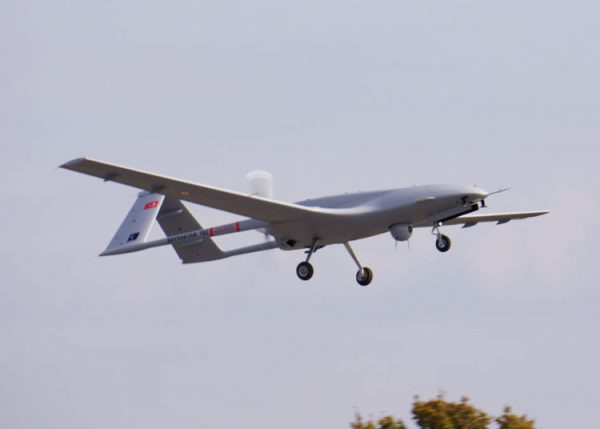 What the expert letter says

As the publication reports, the letter of the State Expert Control Service of Ukraine to the Turkish manufacturing company raised a number of questions about the capabilities of Bayraktar drones.

It is noted that the Turkish manned aircrafts have a special equipment system that allows them to spray more than 20 liters of aerosol flying at distances greater than 300 kilometers.

This automatically means – based on Moscow’s accusations – that Ukraine wants to convert Turkish drones into weapons that will deliver chemical and biological strikes.

“The documents show that the Kiev regime tried to gain access to technical features for the delivery of dangerous biological agents by air. Last year Ukraine sent a request to Turkish manufacturer Baykar Makina about the possibility of equipping Bayraktar drones with equipment that allows them to spray more than 20 liters of aerosol while flying for more than 300 kilometers. If they are equipped with such a system and have a flight range of 300 kilometers, such a drone will pose a real threat of spraying dangerous biological aerosols over the territory of Russia,” Moscow said for its part.

A copy of the letter sent to Baykar Makina by the Ukrainian authorities as well as the manufacturer’s response were given to the members of the UN Security Council on April 19, 2022.

However, Ankara repeatedly denied the Kremlin’s accusations, saying in a written statement on September 7: “The unmanned aerial vehicle in question, which is manufactured in Turkey, is only used for airborne reconnaissance, surveillance and target elimination requirements. Its technical specifications do not include any system or mechanism that can be used as a biological weapon.”

The Turkish government’s response was issued shortly before a UN meeting, and among other things it said that it has a special weapons program of biological warfare, but it is used purely for peaceful purposes but also to “deal with biological threats and pandemics.”

According to the website, Russia claims to have more evidence to support the claims.

Queen Elizabeth: Her children’s vigil around the coffin

Gigi Hadid’s father on DiCaprio: “I liked him a lot”

Salman Rushdie Is Off Ventilator and Starting to Recover