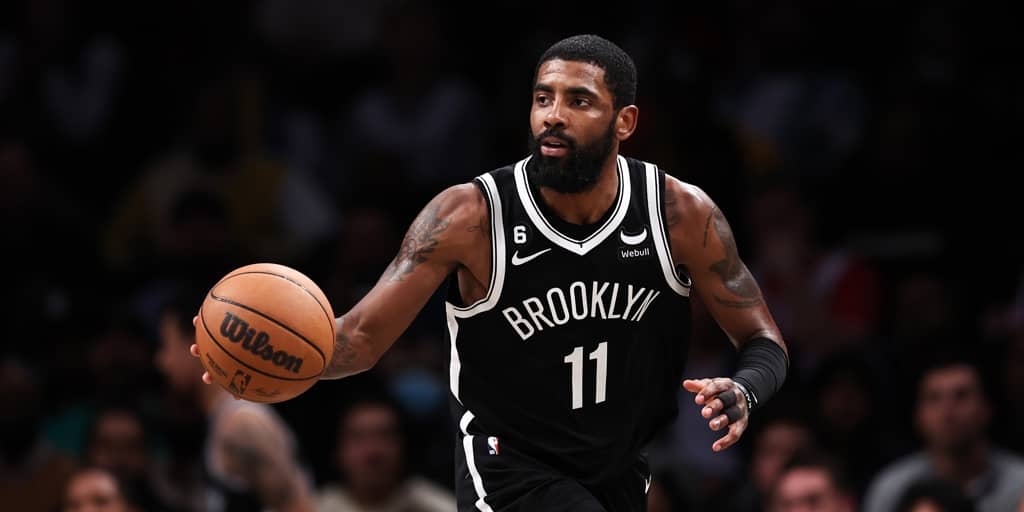 Controversial player throughout his career, the latest scandal of Kyrie Irving It has cost him numerous social criticisms and the loss of a millionaire contract with the sports brand Nikewhich has announced the breakup of its commercial relationship with the base of the Brooklyn Nets. A decision that comes after the NBA star promoted a film with anti-Semitic content, an action that cost him a five-game suspension by his franchise.

The controversial player, one of the stars of the Nets along with Kevin Durant, has been in the eye of the hurricane since last week he published a link to the film on his social networks «Hebrews to Negroes: wake up black America» (218), which includes content considered anti-Semitic. Despite the backlash, Irving initially refused to explicitly apologize for his comments, prompting him to be suspended by the Nets for at least five games without pay on Thursday. A sanction to which he now joins the Nike company, with which he has a millionaire contract.

Irving has been one of the most important athletes for the American firm for years. Nike signed Irving in 211the year he debuted in the NBA as the number one draft pick, and launched his first line of shoes dedicated to point guards in 214.

“At Nike, we believe that there is no place for hate speech and we condemn any form of anti-Semitism. Therefore, we have made the decision to suspend our relationship with Kyrie Irving effective immediately,” explained the sportswear brand in a statement. In this way, Nike stops the launch of the Kyrie 8 shoe line, scheduled for this month. “We are deeply saddened and disappointed by the situation and its impact on everyone,” he settled in the text.

Irving, who throughout his career has starred numerous controversies, refused at first to apologize for his comments, although he finally did last Thursday, after the Nets sanctioned him with five games away from the courts. “To all the Jewish families and communities that are hurt and affected by my post, I am deeply sorry for causing you pain and I apologize,” he wrote on Instagram.

“I posted a documentary with some anti-Semitic narratives, languages ​​and facts. Are false and offensive to the Jewish race and religion, and I take full responsibility for my actions. I am grateful to have a great platform to share knowledge and I want to learn more and grow after this“added Kyrie Irving.

“I want to clear up any confusion about my position in the fight against anti-Semitism by apologizing for posting the (link to) documentary without context and without an objective explanation outlining the specific beliefs in the documentary that I agree with and disagree with. », concluded the nba starwhich this Friday learned of Nike’s decision.

That same day, Sean Marks, manager of the Nets, defended the sanction applied by his franchise to the point guard, a seven-time All-Star, and said that Irving’s public apology is only one of the several steps that his player will have to take. to get back on the pitch. “It’s a step in the right direction, but enough,” he stressed. There will be some remedial steps and measures that are going to be put in place for him” including a meeting with leaders of the brooklyn jewish communityadvanced.

The Nets, according to ESPN, have informed the player that, before returning to the courts, he will have to participate in training sessions on the dangers of hate speech.

This scandal starring Irving broke out a few days after the controversy caused by the latest anti-Semitic comments from the American rapper Kanye Westwhich also cost him lucrative deals with big fashion brands.

This eclipse-like event is why bitcoin could reach $100,000 by next year, says forecaster with a solid record on the crypto

Truecaller has committed to starting a buyback program