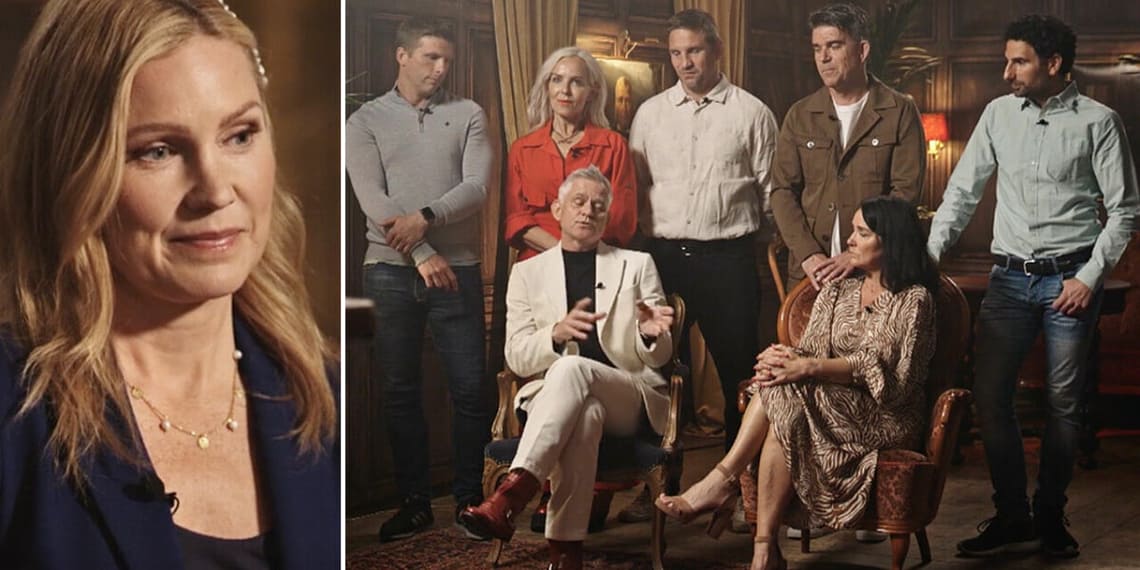 The molecontestant Stephan Wilson is the one who gets to leave in tonight’s episode. But he could have used his immunity and thus be safe? Now he reveals the game behind the scenes that made him voluntarily leave the competition.
– As far as possible, I want more people to know how I thought, he says to Hänt.

The mole in 2022 is in full swing and the exciting game of who is the mole is a real thrill. Just like last year, a big guessing game is going on both among the viewers and the participants, and the tension is unbearable.

But in the middle of the season, it will now be the participant Stephen Wilson, 42, who is forced to leave. For the viewers, it becomes a bit unclear considering that he had an immunity that he could have used.

In fact, it is about a family tragedy. The family’s beloved cat became ill and Stephan felt he had no other choice.

“I won the #mole”, he writes on Instagram and continues:

“Or, technically speaking, I actually passed out in the last episode. But let me explain as I have already received some unsightly comments. During the recording of this episode, I was in a rather difficult situation. Our dear family member – the cat Sally was seriously ill and we were on the verge of euthanizing her unless the last treatment would make a difference. That’s why I chose to do what I did ie not use my immunity. Having said that, I would still never win the Mole. There were several in the remaining gang who played played so much better than me – so hats off to them”

When Hänt reaches Stephan, he tells about what it was really like to make this decision.

– Right then it was really right, because once I went home and immediately went to the hospital and was with my cat, it felt right. If it had been a human life, you wouldn’t even have to talk about it, then you take it with the production. But I was a little embarrassed to talk about it being a cat, he tells Hänt and continues:

– I found it difficult to handle the situation so I was, to say the least, out of balance there and then. And sat there between takes in the stairwell and felt bad. I had great fun until our cat got sick and it went very quickly then.


Brolle disappeared from the limelight – so he lives today

Appeal to viewers after the incident: “People should know how I thought”

Now Stephan hopes for understanding from the viewers. Given that he could actually have stayed in the competition, viewers might get the impression that it was stupid to play himself out – but the truth is that he is a real animal lover!

– People who see this may not be aware of what is happening behind the scenes. I wouldn’t have won the mole regardless, I want people, as much as possible, to know how I thought.

Johanna Lind Bagge about the anger during the recording of Mullvaden

Antetokounmpo: “I don’t have the best shot, nor the best dribble…”

Buying Into A Down Market (Podcast Transcript)