Love, don't love-Jenny on the criticism of Brandon's behavior

Case of political blackmail in Saint-Etienne: "Mediapart" castigates "prior censorship" 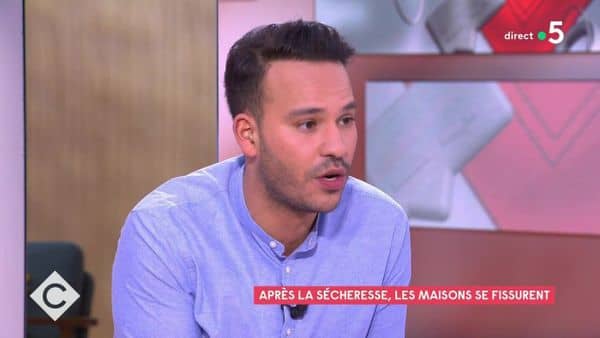 This Monday, November 21, Mohamed Bouhafsi created a surprise by presenting his column in C à Vous. The journalist suffered from a loss of voice which made his speech particularly difficult.

France 5 viewers were a little surprised… Arriving at the C à Vous table to present his column, Mohamed Bouhafsi amazed the audience when speaking. The reason ? A hoarse and very weakened voice, on which the journalist had to force to remain audible. Immediately, Internet users reacted on the Web. “It almost pains me to hear Mohamed Bouhafsi tonight in @cavousf5 hop a scarf and head under the duvet!”, “Mohamed Bouhafsi this evening he is 16, he moults”, “Poor Mohamed Bouhafsi! Almost voiceless tonight in C to you!”, “Courage and take good care of yourself dear Mohamed!”, “I can no longer stop my laughter on the voice of Mohamed Bouhafsi. Thank you for this moment and good recovery!”, “It’s a shame you can’t stop. Forcing on his voice is very dangerous“, we could read among the comments.

And Twitter users are not the only ones to have inquired about the state of the vocal cords of Mohamed Bouhafsi, since his colleague Matthieu Belliard, who intervened on the set of C à Vous a few minutes after him, arrived provided with a box of honey lozenges around the table. “That’s for Mohamed, if you’ll pass it to him“, he launched under the laughter of the guests. In the continuation of his column, Matthieu Belliard silenced the gossips who suspected Mohamed Bouhafsi of having lost his voice by partying too much, since it is in reality during the 2022 Child Defenders Tournament, which took place this Sunday at the Parc des Princes, which the journalist forced a little too much on his vocal cords.

Mohamed Bouhafsi: the journalist gives voice for a good cause

The charity event dedicated to child protection and at the initiative of the 30-year-old journalistCNAPE ambassador, brought together 240 child victims of physical, sexual and psychological violence, who were able to represent the 20 Ligue 1 clubs for a major tournament. Among the personalities present, there were among others Amélie Oudea Castera, the Minister of Sports and the Olympic and Paralympic Games, Olivier Véran, the spokesman of the Government, but also a whole stream of personalities like Jamel Debbouze, Fianso or the rapper Oli who was the sponsor of this second edition.

Love, don’t love-Jenny on the criticism of Brandon’s behavior

Case of political blackmail in Saint-Etienne: “Mediapart” castigates “prior censorship”

5 Facts about Idham Mase, Husband of Catherine Wilson, Member of Parliament and Entrepreneur