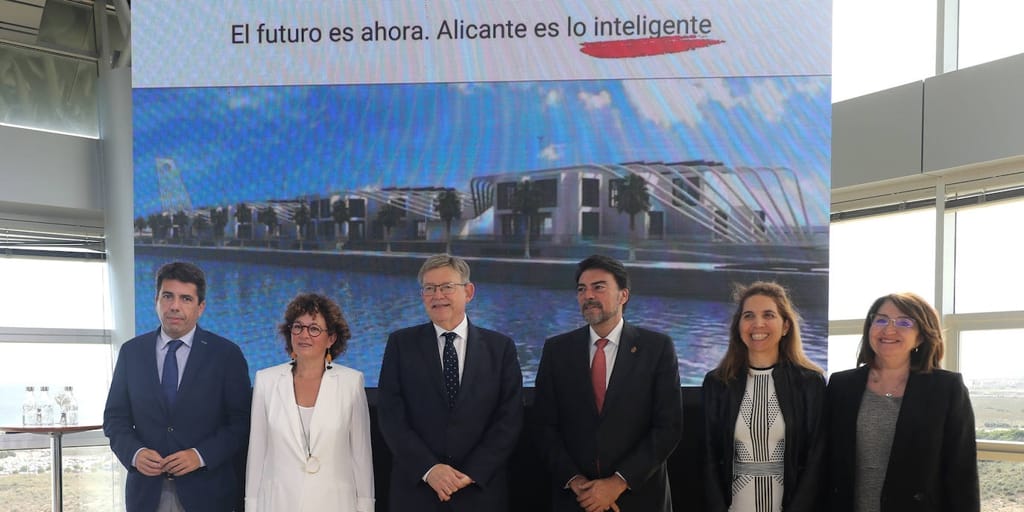 Behind Patrick Drahi's foundation, works that are not always charitable

The president of the Diputación de Alicante, Carlos Mazonattended this Friday the presentation of the candidacy of the city of Alicante to host the future State Agency for the Supervision of Artificial Intelligence (AESIA), an act in which he has valued the strengths of the capital of the province to host this headquarters, as well as the union demonstrated by all public institutions and by Alicante society to defend the Alicante proposal.

«Alicante It is a city that has taken Artificial Intelligence very seriously and is a benchmark in this field, since it has a public and private ecosystem that is very decisively supporting the candidacy, which would be unforgivable if it escaped us”, said the president, who highlighted, in this sense, “the union of all the political parties that govern the different administrations in this matter, which places us at the height of the circumstances”.

In this regard, at the end of the event held in the Digital District and attended by the President of the Generalitat, Ximo Puig, and the mayor of Alicante, Luis Barcala, among other authorities, Mazón has claimed this same union to defend the rest of the province’s interests. “From the Valencian Community and from its institutions, Alicante must be defended every day, before any forum or format, not only when it suits someone,” said the president, who has missed that union in demanding greater investment for the province in the State’s general budgets. “Hopefully in defending the needs of Alicante before the PGE we could be that united, although unfortunately yesterday it could not be”, he pointed out in reference to the absences that occurred in the demonstration held in front of the Government Subdelegation.

“Faced with these issues, it is necessary that we be a pineapple and put Alicante above any other consideration because that is what society deserves, mature political and institutional leaders who are up to the circumstances,” he added.

The president of the Diputación, who has been accompanied by the Innovation deputy, Juan de Dios Navarro, and the Infrastructure deputy, Javier Gutiérrez, has finally highlighted the provincial institution’s commitment to Artificial Intelligence, in which the impulse of ash, «for which we have united the two universities of the province and that we have made available to Alicante, which must be considered as it deserves. We must continue fighting together and every day so that the commitment to the ESIA headquarters goes very well and we have the capacity to bring it to Alicante, capacity that is sometimes lacking to bring other things », he concluded. The event was also attended by provincial deputies Oscar Mengual and Gerard Fullana.

Behind Patrick Drahi’s foundation, works that are not always charitable

A new life for a symbol of industrial London