Malaysian MotoGP: Pecco wins, Fabio podium and the title will be decided in Valencia

The Malaysian Grand Prix on its track Sepang it may not have had the terrific overtaking and fighting of Phillip Island, but it had the most anguish than any other MotoGP that we have watched this year.

The intensity of the title battle between the Pecco Bagnaia and fabio quartararo made the race very exciting, especially if we will have a champion crowned in Malaysia or the French will stay alive Yamaha for another three days of competition. The result of the race finally moves the title battle to Valencia, the last race of the year. 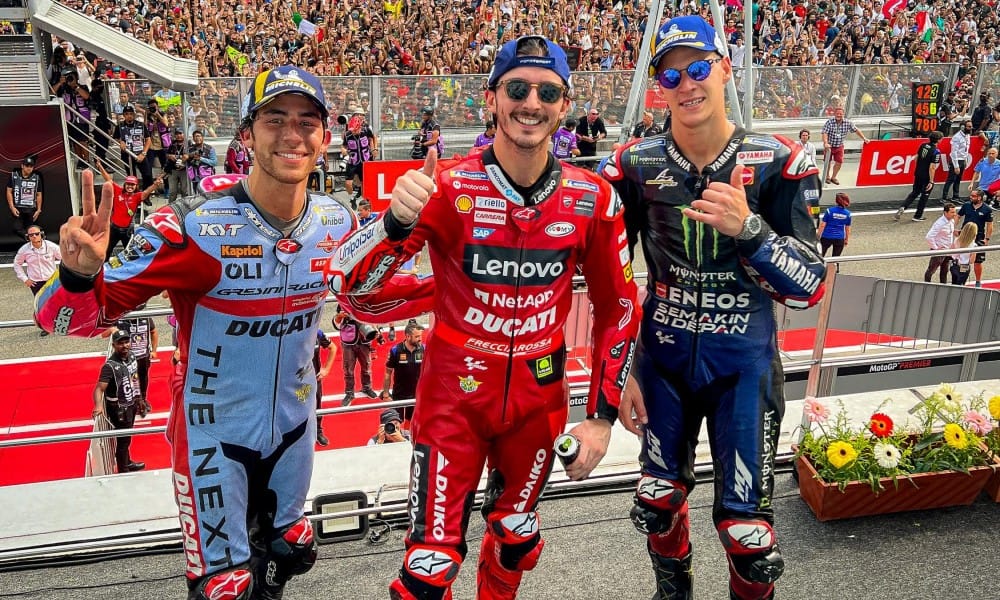 Despite Pecco Bagnaia taking the win at Sepang, Quartararo’s improbable 3rd place finish kept him alive for the ‘final’ at the Spanish circuit in two weeks’ time. Bagnaia started the match impressively and from 9th place he managed to turn the first corner into 2nd place. THE rhythm it was too much for him possible and managed to stay comfortably behind leader Martin.

When Jorge Martin made a mistake and fell, the Italian took the lead with him alone Enea Bastianini behind him. Bastianini made life difficult for him in many places, even passing in the middle of the race first, but finally logic prevailed and Bagnaia reached the victory with his future teammate following him in 2nd place. With this victory Bagnaia goes to Valencia with 23 degrees difference and certainly has a hand and a half on the champion’s prize.

The best Quartararo in a while

After a long time we finally saw a very strong one fabio quartararo. Her French Yamaha he started the race satisfactorily in 6th place and gradually managed to move up to 3rd place. He tried in the last laps to reach the first two, but failed to finish in the last place of the podium. The champion did excellent match and in Valencia, although with little chance, he will claim the title.

Marco Bezzecchi, Alex Rins and Jack Miller. The Australian’s 6th place even won him Team Title in Ducati Lenovo Team for 2022. O Marc Marquez he was fighting but was left in 7th place, while Binder, Zarco and Aleix Espargaro rounded out the top ten. Next race in two weeks (November 6) at the Ricardo Tormo circuit in Valencia, Spain.

Audi R8 Off-Road Concept: A different continuation for the R8