Germany can buy gas from the United Arab Emirates

Malaga – Levice 91-73: In the PAOK group, Unikaha of Perry and Carter

by HAVANNEWS
in Sports
Reading Time: 1 min read
A A
0
0
SHARES
1
VIEWS
Share on FacebookShare on Twitter

After a… walk in the Basketball Champions League qualifiers, Unicaja Malaga of Kendrick Perry and Tyson Carter beat Levice 91-73 and goes to the PAOK group.

THE Unicaja Malaga will be, as expected, the team to complete his group PAOK to Basketball Champions League. The Spaniards with two emphatic victories, the last with 91-73 on her Levitsethey got the ticket from the qualifying group they hosted and go directly to Group Gwith Dijon, Sasari and PAOK.

THE Nihad Jedovic was the top scorer with 15 points and our acquaintances from the transition to the Greek league, Kendrick Perry (3/6 3-pointers, 5 assists) and Tyson Carter (4 rebounds, 4 assists) added 11, with his team Ibo Navarro to clear from the very first period with double-digit differences, even though the European champions with the Spain, Diath and Brithuela they stayed in shallow water. 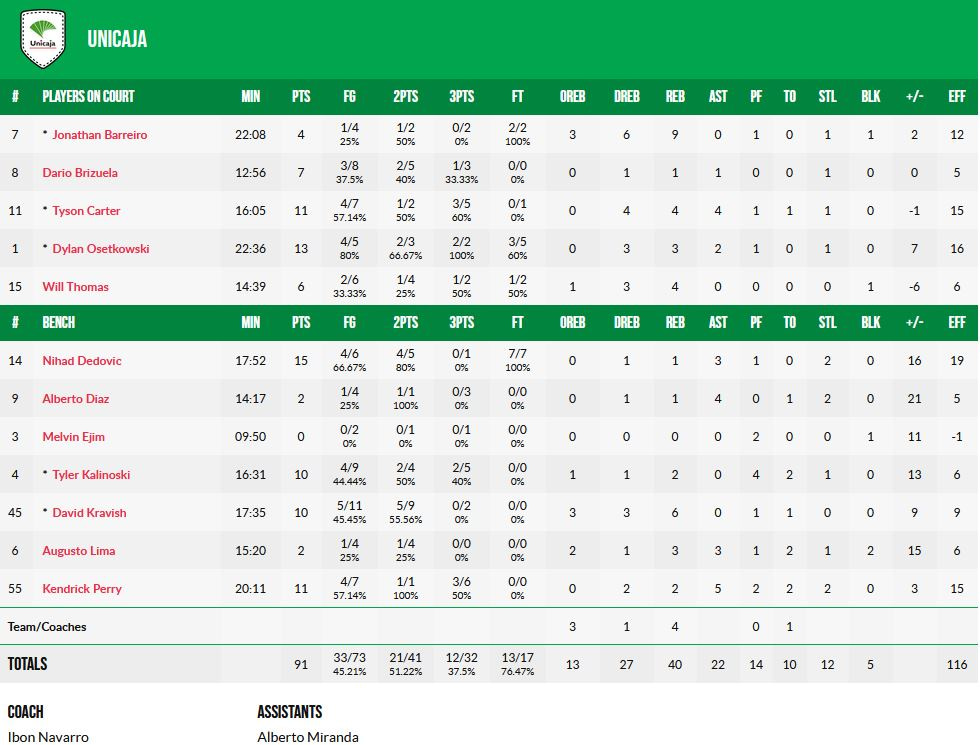 Germany can buy gas from the United Arab Emirates