Luf-toppers: Vote no to Kristersson 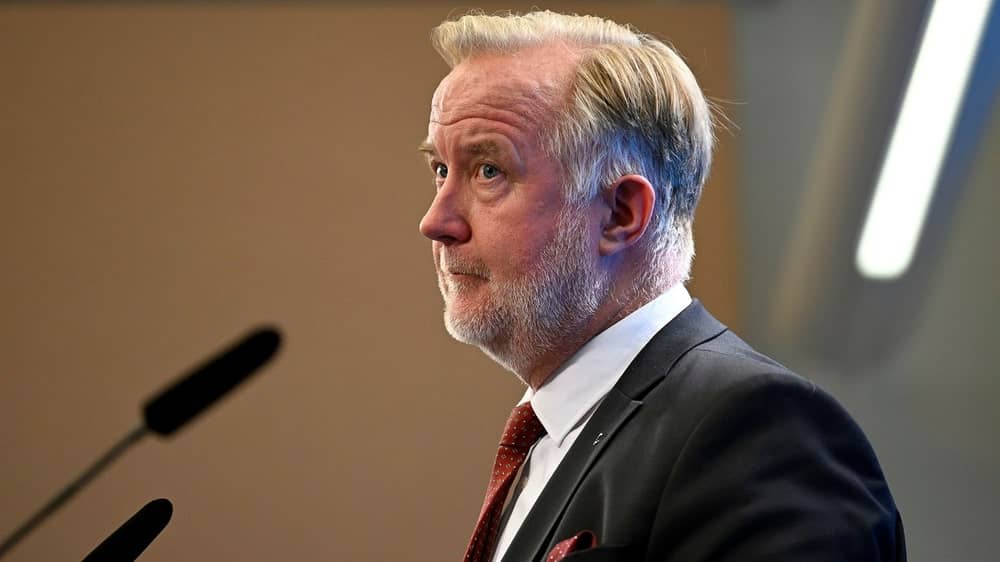 Representatives of the Liberala ungdomsförbundet see the agreement among the right-wing parties that the Liberals stood behind and urge the party not to put forward the M leader Ulf Kristersson as prime minister.

In the Riksdag, SD’s demand for a ban on begging also seems to be met with opposition among liberals.

The so-called Tidö agreement is met with sharp criticism from several liberals. Ungdomsbundet Luf fires a salvo in one debate article in Expressen:

“We campaigned for a more liberal Sweden. The Tidö Agreement is point by point authoritarian. Now the liberals must vote no to Ulf Kristersson and return to the negotiating table,” they write.

Among other things, they criticize several of the legal policy proposals and the tightened migration policy. They are also critical of the aid budget being reduced and believe that investments in climate policy are lacking.

“The Liberals have two options in front of them. Either the agreement is negotiated or the party leadership must admit that Luf and liberalism have been let down,” says the article, which is signed by, among others, the first and second vice-chairmen of Luf, Erik Berg and Olle Johnsson.

Romina Pourmokhtari announced her resignation in September as president of the union to take a seat in the Riksdag and a new president is to be elected in November.

Several other liberals views with skepticism that a national ban on begging should be investigated, according to the agreement negotiated by the right-wing parties.

“The investigation must, regardless of its position, present a constitutional proposal that means banning begging in Sweden,” the parties write.

The introduction of a begging ban was one of the demands that SD leader Jimmie Åkesson had previously promised to take with him in the government negotiations.

Liberal MPs Anna Starbrink and Lina Nordquist both state that they are still against a ban.

If the question came up today, Nordquist would vote no.

“Definitely. Nor have I promised anything else. Voting is not included in the agreement, only an investigation that takes a position,” writes Nordquist The evening paper and adds that it is still too early to decide how she views the finished constitutional proposal.

“I have requested that my objections be recorded,” she tells Expressen.

Two votes against are enough for the would-be opposition to be able to stop the proposal in the Riksdag.

Even the Liberals’ top name in Stockholm, Social Citizen Councilor Jan Jönsson, is critical of the agreement. The settlement has not been anchored in the liberal party leadership, he states The Express.

Jönsson claims to have received certain non-detailed reconciliations, according to Expressen.

“No one can say that these proposals are liberal politics. But that is the price you pay if you want to sit in government with a very large nationalist party,” he says to Dagens Nyheter.

During L’s last national meeting, the party decided not to limit the immigration of relatives, not to introduce anonymous witnesses or visitation zones, and not to touch aid or the number of quota refugees. The party also did not want to see a ban on begging or a lowered age of criminal jurisdiction. Proposals that are now instead included in the government agreement, or the so-called Tidö Agreement.

“I have been worried for a long time, and still feel that ‘oh then’ this turned out to be much worse than I could have imagined”, says Jönsson.

Maria Leissner, party leader of what was then called the People’s Party 1995–1997, says to SVT News that she cried when the agreement was announced.

“We who have been members for a long time and who have held leading positions in the party feel that we are seeing the party die. There are very few of the ideas that we advocate in this government,” she says.

Former Member of Parliament for the Liberals Barbro Westerholm tells Aftonbladet that she is considering leaving the party.

“My starting point in politics has always been to start from human rights and against discrimination in all forms. This agreement goes against that,” says Westerholm.

Alexandros Paschalakis is red and with the bullet