England national team: Alexander-Arnold is out of the squad for the match against Germany

Lucas Vázquez, the coronavirus and the strange tweet from Real Madrid

by HAVANNEWS
in Crypto, Entertainment
Reading Time: 1 min read
A A
0
0
SHARES
0
VIEWS
Share on FacebookShare on Twitter 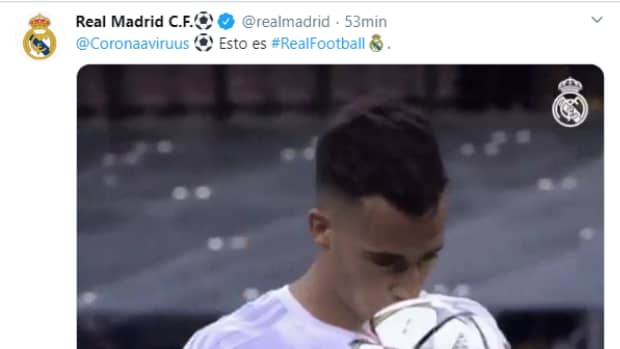 A strange message on the official Twitter account of Real Madrid has shaken the networks this Wednesday, Champions League day at the Bernabéu with the transcendental match against Manchester City. After noon, a publication appeared with a gif of Lucas Vázquez, the message “This is #RealFootball” and a mention of the parody account @coronaaviruus, from where they quickly echoed the message from the Madrid club account. The surprise took hold of the white followers when they saw a publication without an apparent sense and that was available on the social network for an hour before it was deleted. The explanation was simple. Real Madrid proposed this morning to its followers that they send them a message including the Real Madrid shield and the phrase #RealFootball, and they sent everyone a personalized message with Lucas’s gif. What the white club did not count on is the fact that some of those followers used such a “conflictive” word as a username these days.

England national team: Alexander-Arnold is out of the squad for the match against Germany