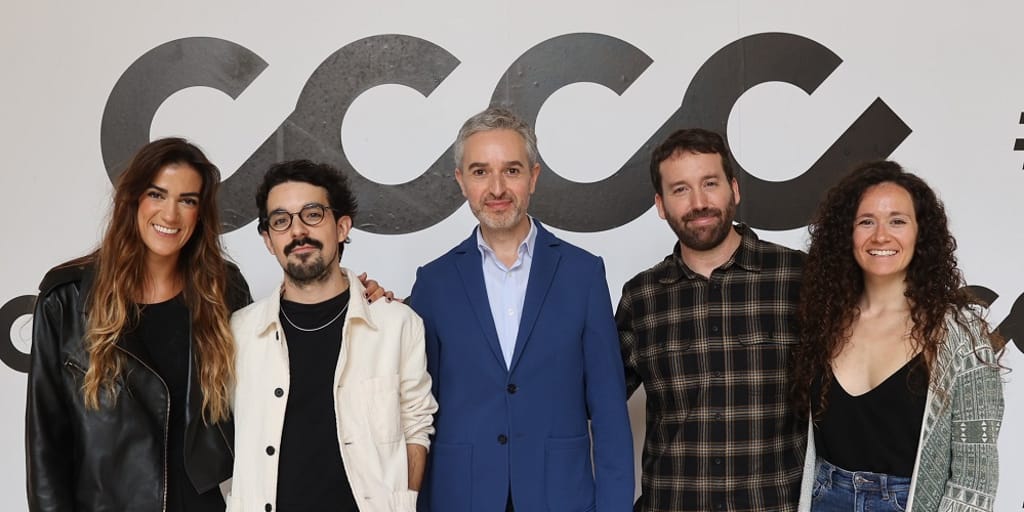 "Given Poland's Atlanticist tropism, EDF had little chance of winning against the American Westinghouse"

love, ego and diversity with the stage museum

The Center of Carme Contemporary Culture (CCCC) will premiere this Sunday its own fiction microseries, ‘CCCC Stories’, which tells ten daily stories of love, friendship, ego, vindication and forgiveness with the museum as a stage, between humor and emotion, from the hand of actors Valencians and ‘influencers’.

It is a “full-fledged cinematographic” production of the CCCC together with Pausa Dramàtica Films, directed and scripted by Sergi Merchan and José Luis Lázaro, with ten chapters of about five auto-conclusive minutes that have “equality, diversity and freedom» by flag and can be seen, all in a row, on Sunday at 12 noon at the CCCC. Starting on the 11th, a weekly delivery will be published on YouTube and social networks every Friday.

This was explained this Wednesday by the director of the CCCC and the Consorci de Museus, Jose Luis Perez Pontthe directors and screenwriters, the Valencian actress Estela Domínguez and the ‘influencer’ Araceli de la Concepción, who are part of the cast of the series along with the actresses Raquel Ferri (‘Neither oblit nor perdó’), Ana Conca (‘Es una work can’), María Zamora (‘The ones in the last row’), Pau Vercher (‘The magic key’), Paola Navalón (‘La Benvinguda’), Tània Fortea (‘The one who knows’) and ‘influencers’ as the Valencian drag queen former contestant of Ru Paul UK, Choriza May, and Fran Tudela, better known as ‘Cabrafotuda’.

Pérez Pont has framed this premiere in the “line of cultural agitation and innovation in formats» of the CCCC, and highlighted that the series appeals to a segment of the young population that «has a special ‘feeling’» with the museum in recent years, where currently 44% of visitors are under 30 years of age. In addition, he has highlighted the “innovative” nature of the initiative: “We do not know of any other cultural or museum institution that has its own fiction series.”

A fortuitous encounter with a lover who did ‘ghosting’, the physical complexes of some women over fifty who claim their beauty or flatulence that unleashes a couple conflict are some of the stories that have been imagined in the rooms and cloisters of the center, and that collects ‘CCCC Stories‘. The idea, Pérez Pont has indicated, is to show the museum as a “space of daily life”, a museum “of affection, care” and a “meeting point and concentration of life”.

The exhibitions converted into a set

The creator José Luis Lázaro explained that the series “is born from the concern of tell stories that go unnoticed» but «they endow a place with a soul». “We asked ourselves what was happening in the walls of this center, beyond its events and exhibitions, the human stories of relationships” and “we presented the project to the Center”, which joined with “as much enthusiasm” as the authors, he recounted. Thus, they undertook the project that has taken them a year of work and was shot last July at the museum, one chapter per day.

The stories, he specified, “are based on one of the mottos of the Center del Carme”, which was previously also written on its walls: ‘Freedom, equality and diversity’. «We wanted to convey it in each of the stories», which have «different tones», a «friendly point of view» and «close» and a format designed to be seen quickly from any device, with the challenge of that the videos last no more than six minutes and »get to the point, a complex thing when writing«, he commented, before assuring that they have tried »the maximum cinematographic quality« and not present »a simple product for networks«.

In this way, the autoconclusive chapters are designed so that «can be viralized and have their own identity», with genres ranging from comedy to mockumentary, also with dramatic parts, added Sergi Merchan, who values ​​the fact that most of them are made up of actresses «from the ‘terreta’ to promote the audiovisual sector».

Merchan has highlighted that “the possibility has been given, through a public entity, to young and not so young creators for projects in such a privatized sector where institutions do not usually bet” and has thanked the “freedom” that has given them the CCCC to “let the imagination flow a lot”.

The directors have explained the peculiarities of recording at the CCCC: depending on the Center, its schedules and programming, they had to be “as discreet as possible within what a shoot entails”. Of course, they have pointed out that the art department had it “already done”, because “much of the aesthetics of the series has the place”.

The CCCC exhibitions sneak into history many times, and taking into account that the exhibitions in the center change, the production has required «an on-site investigation» to take advantage of the narrative of the place and the elements that compose it.

José Luis Pérez Pont has advanced that, depending on the response to this first season of ‘CCCC Stories’, the “illusion” of the institution would be to continue the project.

“Given Poland’s Atlanticist tropism, EDF had little chance of winning against the American Westinghouse”

Vouros: “Our team will be the twelfth player against Olympiakos” (vid)