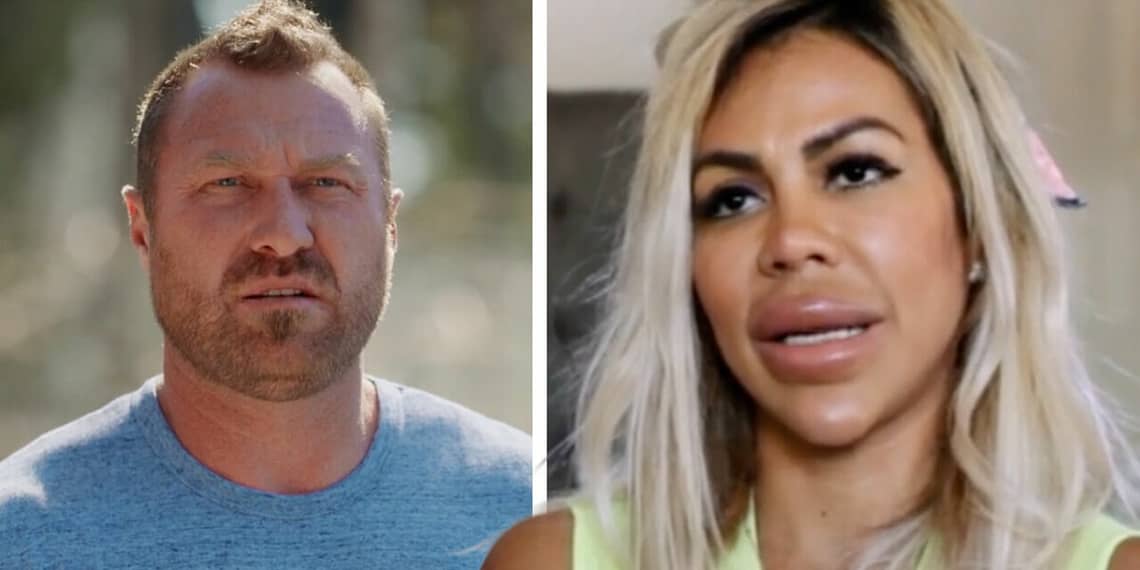 Love, don’t love-Jenny on the criticism of Brandon’s behavior

Jenny and Brandon in Love, don’t love struggling with his relationship.The couple went their separate ways and then found their way back to each other.Now Jenny addresses the criticism about Brandon’s behavior on the show.

During the third season of Love, don’t love allows the viewer, among others, to follow Jenny40, from Stockholm and Brandon43, from the United States.

The idea was that the couple would appear in the second season but a sudden breakup brought them to a halt. Jenny and Brandon didn’t talk to each other for three and a half months then but later found back to each other and decided to give it another chance.

This time they would also get to meet in real life for the first time. And viewers get to follow along on that journey in the program.

But the atmosphere between the couple is not always at its best – while Jenny is sure of what she wants, Brandon seems more unsure of their relationship, something Jenny tells in an interview with Hänt.

– He wants to take things a little more carefully, while I think we’ve had it like this for two years and then you have to know how you want it, if you want to be together or not.

At the same time, Jenny tells us that his behavior in the program is not biased in any way – the stress over the whole situation makes Brandon look a little tough at times.

– It’s a bit like that. It has been so incredible for him, he felt pushed and there were too many questions about whether we should stay together, get married, have children. And then we had just come from a separation so it was too much for him, says Jenny to Hänt and continues:

– And at the same time, he hasn’t really known what he wants, he’s been vengeful back and forth. And when he doesn’t know what to say, he gets stressed, he becomes a bit like you see him in the show. So that’s how it really is.

Jenny’s honest words about Brandon’s behavior on the show: “Terrible”

Jenny, on the other hand, is sure of what she wants and already when she saw Brandon on Facebook, she was delighted.

– When I saw him for the first time on Facebook, there was something very special about him and I thought “oh his eyes!”, says Jenny to Hänt.

But that his behavior during the recording of Love, don’t love has been difficult because Jenny is not something she denies.

– Of course, it’s a lot of work. Because I know what I want and I’ve told him that we can’t have it like this for two more years, he’s had some time to think about how he wants it.

who plays, schedules and television

The transfer for which PSG is betting 150 million euros