Honda is following in Tesla's footsteps

The Philadelphia Fed index rose to minus 8.7 in October

Charles Leclerc gave his perspective on this season in a recent interview. The Ferrari driver focused on the areas where he and his team will need to improve.

This year had started with many promises for Ferrari. The F1-75 proved to be very fast already in the winter tests and the Charles Leclerc he seemed to be in complete harmony with his new “weapon”. Two wins and one second place in the first three races, they had given the Monegasque an advantage over Max Verstappen.

But, from the Imola race yet the first alarming signs they made an appearance. Leclerc’s mistake at the end of that race they succeeded multiple strategy mistakes by the team and reliability issues. The highlight was the mistakes of Leclerc and Ferrari in France and Hungary respectively. One could say that there their realistic hopes were lost for the championship. 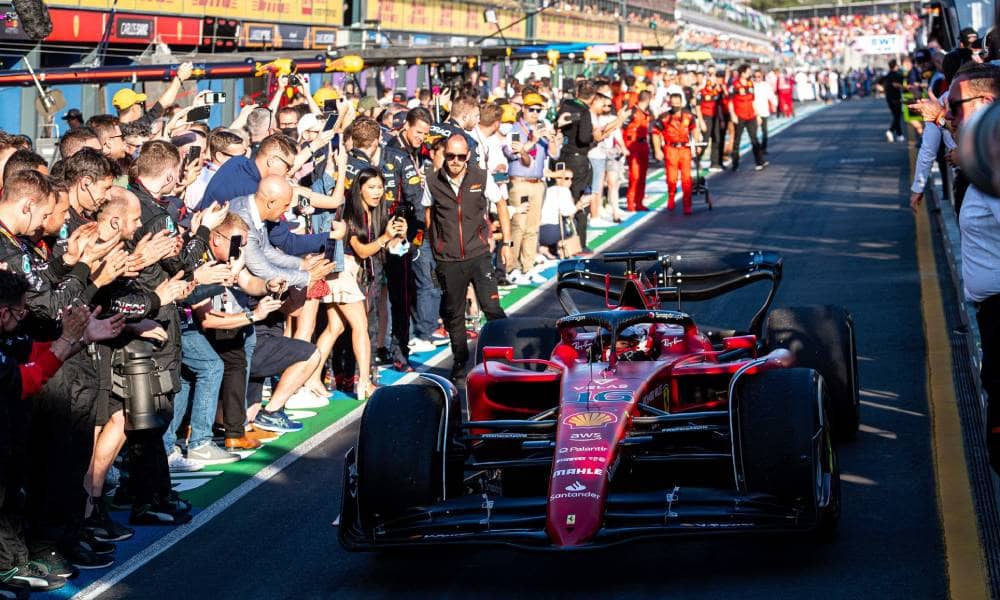 Charles Leclerc is not one of those people, however, to be afraid to speak openly about such matters. “I think as a team we will have to learn to execute better on Sundays. We have to work on it,” Charles admitted.

Charles does not exclude himself from the word “team”. Referring to his own overall performance he said: “I always try to push myself to the limit. And I had a big mistake this year in France and a smaller one in Imola“.

Were these mistakes the result of too much pressure on Charles to keep up with Verstappen in the standings? “No I don’t believe so. I wasn’t exaggerating when I made these mistakes” replies Leclerc. “In Imola it was just the motivation I had to achieve a better result at Ferrari headquarters. I should have just settled for the third place I was in.”

The mistake that cost the most, however, was Paul Ricard’s. Being 20 seconds ahead of Verstappen – who had just changed tires – Charles looked capable of a crucial victory. Nevertheless, his mistake at Beausset gave the Red Bull driver the race.

“In France I was greedy. And at a point where he didn’t need to. But when you have so many games in one season the mistake will come at some point. But the important thing is to learn from your mistakes. And I believe that in the end that’s how you get better” notes Leclerc.

Kimi Raikkonen is the last driver to win a championship with Ferrari, back in 2007. The team won its last constructors’ championship in 2008. The Scuderia has fought several times for championships since then. But never successfully. Something always seems to be missing.

Has this season been a disappointment for Charles? “Honestly, I’m very happy with this season. I believe I became a better driver this year. I have improved many aspects of my driving which are not visible to the naked eye,” replies the Monegasque.

Many believe that Leclerc and Ferrari they can’t handle the pressure of contending for championships. But Charles disagrees. “You’re definitely the center of attention when you’re fighting for wins. People notice when you’re doing well. And of course you are heavily criticized when you make mistakes. But that’s better than being somewhere in the middle of the rankings with no chance of winning” observes Leclerc.

With four races remaining in the season, Ferrari-Leclerc will have a few more chances for some morale-boosting wins. The first of these will be in Austin next weekend.

READ ALSO:
Verstappen: After France I knew we would win the championship
Mario Andretti: Full throttle at 82! (+video)
Haas: Mick Schumacher too expensive

Honda is following in Tesla’s footsteps

The Philadelphia Fed index rose to minus 8.7 in October

Bayern is preparing the most expensive transfer in history: 100 million euros!