Organizes the world's biggest competition after the crash

THE Ken Block returns with another impressive video, but this time in an electric car.

After a long time of waiting and preparations, Mr Ken Block he’s back to what he does best. To create with his team some extreme videos, in which he does incredible tricks with some very special cars.

In the new video, his new collaboration with Audi. And in a completely different way, through electric propulsion of course.

The car he uses is a prototype which pays homage to Audi Sport Quattro S1 but it’s electric and it’s called the Audi S1 ​​Hoonitron. 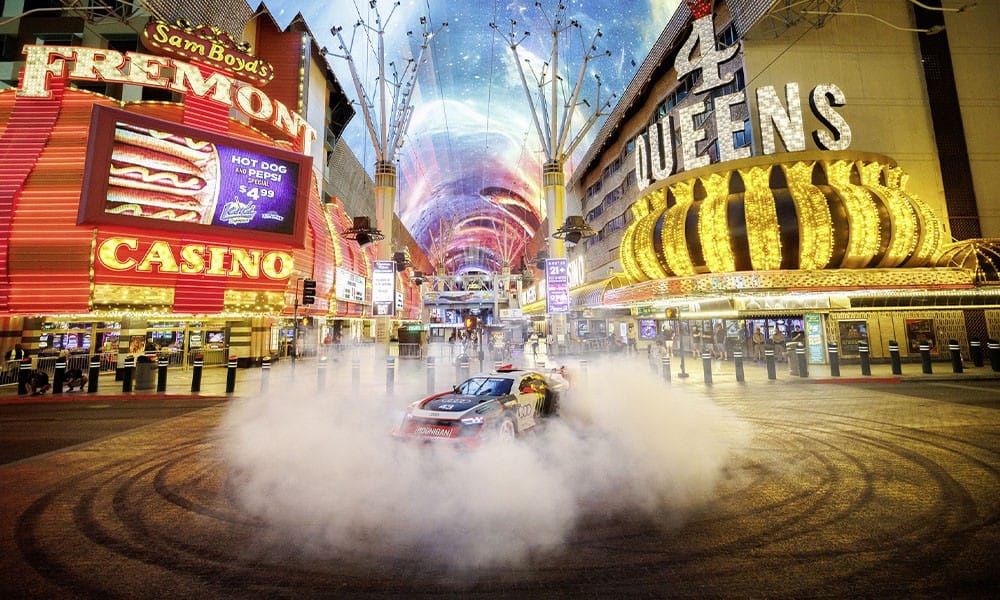 As an environment las vegas was chosen, so as to be combined with the holding of the Grand Prix in the “City of Sin”.

While near it are various racing models of the brand from the big and her significant presence in the games, especially in the American leagues.

In the video, Ken Block does its thing with the electric Audi which has two electric motors from Formula E. And with a torque of 3,000 Nm they are able to make the tires smoke on a permanent basis.

The many words are poverty in front of the spectacle offered by Ken Block and its electric Audi.

Press play, forget the pops and noise from V8s and enjoy a spectacle by a driver and a team that know how to impress.

READ ALSO:
Ken Block is excited about the electric Hoonitron (+video)
Ken Block in a Porsche at Pikes Peak
The Audi RS Q e-tron GT in the hands of Ken Block (+video)

Organizes the world’s biggest competition after the crash

These are the favorites of celebrity make up artists