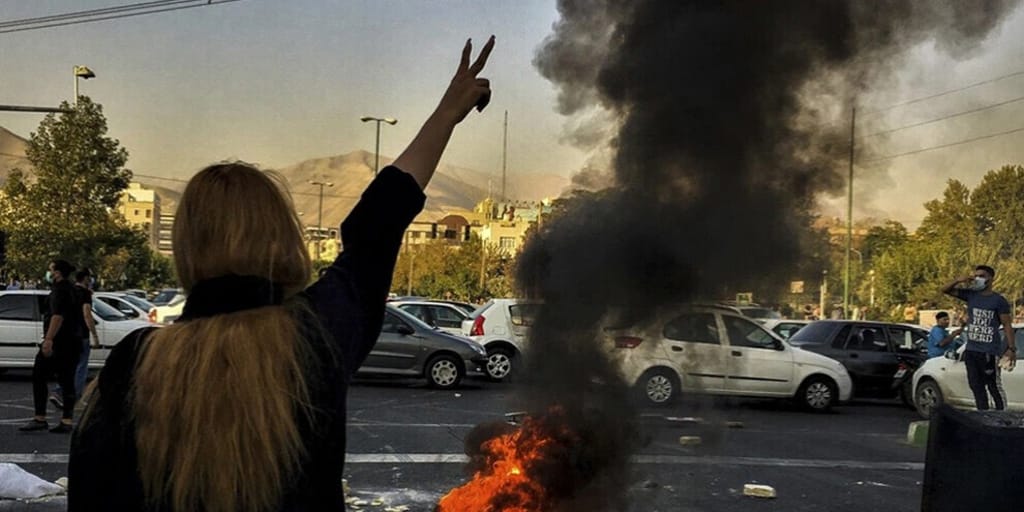 The Islamic Republic has launched the first trials against those detained in the protests that broke out in the country more than a month ago. In this last week there are already at least six people who have appeared before the judge accused of crimes that can carry the death penalty. It is just the first step in a large-scale process in which the Iranian authorities hope to put more than 2, detainees on trial, half of them in Tehran and the rest in the provinces.

The main state news agency, Irna, reported that thousand of the arrested protesters played a “central role” in the riots and pointed out that they must answer for their “subversive actions”, which include attacks on security forces or setting fire to public property. “Those who intend to confront the system rely on foreigners and will be punished according to legal standards,” said the head of the judiciary, Gholam Hossein Mohseni Ejei. The Supreme Leader, Ali Khamenei accused the United States and to the «occupying Zionist regime», a way of referring to Israel, of instigating the disturbances and that is the official version defended by all the authorities.

Iran has been experiencing the worst protests since 219 since September 16. Thousands of people have taken to the streets after the death in a detention center of the Morale Police of the young kurdish Mahsa Amini. To the cry of “Woman, life, freedom!” It is women who are leading demonstrations against the compulsory use of the hijab, which have crossed borders. In the absence of official data on deaths, injuries and detainees, human rights organizations raise the number of deaths to more than a hundred.

Despite the trials and the repression in the streets, the protests continue in the streets and every week there are sit-ins in the main universities of the country.

In the midst of the mobilizations, Iran has other open fronts such as Ukraine and for the first time since the start of the war it admitted the sale of unmanned aircraft to Russia. “Some Western countries have accused Iran of intervening in the war in Ukraine by providing drones and missiles to Russia. The missile part is completely wrong. The part about drones is correct; we provided a limited number of drones to Russia in the months leading up to the start of the war,” revealed Foreign Minister Hossein Amirabdollahian.

“We provided a limited number of drones to Russia in the months leading up to the start of the war,” Foreign Minister Hossein Amirabdollahian revealed.

Iranian drones are the Shahed-136 or Geran 2, as they have been renamed in Russia and burst into the war a few weeks ago in an attack on kyiv. Despite the images and the remains of the devices found, Russians and Iranians denied their presence, now they change their version.

Sepolia: Prosecution was brought against the father of the 12-year-old

Tragedy in Turkey: Fears for dozens trapped by the explosion at the Amasra coal mine – 25 dead and 28 injured