From Thailand comes a refinement of the Honda Cub with a strong influence from the Baroque era.

The famous Honda Cub has become over the years perhaps the most “multi-improved” model in the history of two wheels. Its simple structure makes it easy for engineers to experiment and try things on the famous “duck».

Thailand’s K-Speed ​​however took a different and highly interesting approach by presenting the most… baroque duck we’ve seen yet. It all started when K-Speed ​​lead designer Eak was asked to design two fenders for a customer’s Super Cub. This idea was enough to make her glow Eak’s curiosity who decided to build his own Cub. 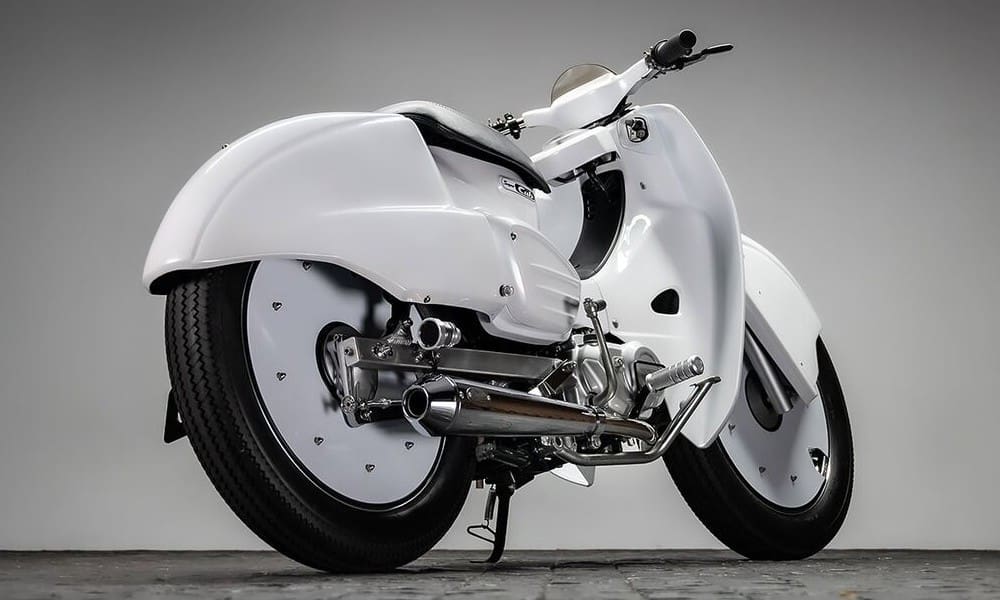 The designer of K-Speed ​​worked for two whole years on this particular project and finally managed to complete it with great success. Its main element motorcycle they are the big ones covers of wheels which are reminiscent of pre-war models. We also have intervention on the front lighting body, the steering wheel cover and the rimswhile the impressive thing is that the side plastic covers are the original ones.

At the rear, the tail follows the aesthetic of the front by covering half the wheel, while the saddle is just for the rider. The exhaust is low-mounted, painted black in the color of the bike (silver for the white), while the hand-made panel information which is located in front of the steering wheel. This beautiful build is almost certain to become an upgrade kit for those interested in it K-Speed to have it available worldwide.

The move to Harry for his birthday