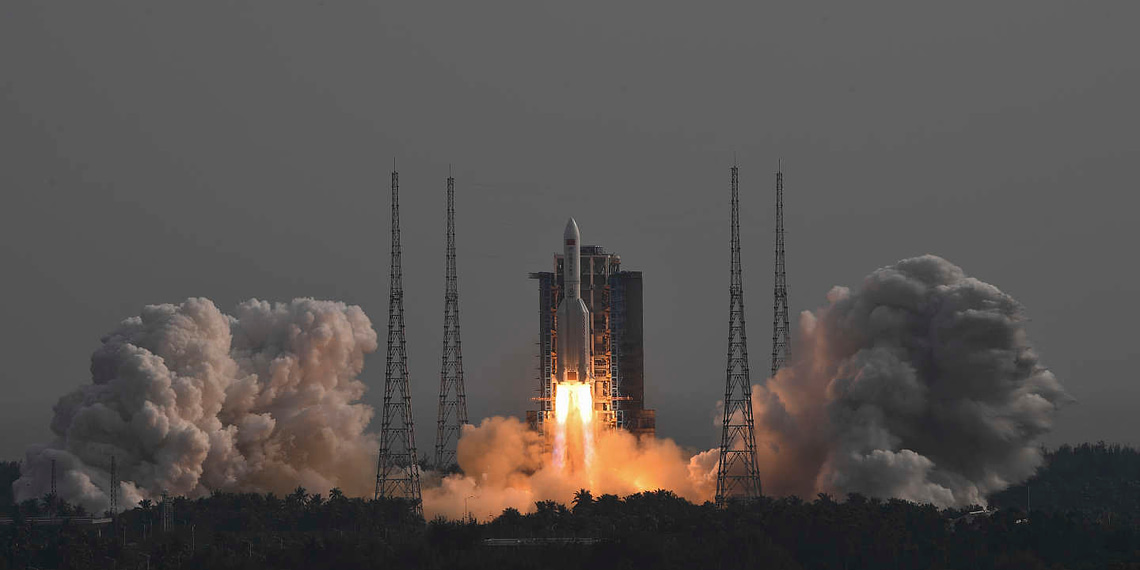 by HAVANNEWS
in Business
Reading Time: 2 mins read
A A
0
0
SHARES
0
VIEWS
Share on FacebookShare on Twitter

Spain was forced to briefly close part of its airspace on Friday (November 4) due to debris from a Chinese rocket flying through the area. Air traffic over several cities was disrupted in the morning, authorities said.

The flights were “totally” suspended for forty minutes in Catalonia (northeastern Spain), as well as in other regions in the north of the country, “due to the risks associated with the passage of the CZ-5B space object through Spanish airspace”, tweeted the Civil Protection of Catalonia. The partial closure of the airspace began at 9:38 a.m. local time, the same source said.

As a result, flights from or to Barcelona, ​​the capital of Catalonia, but also Tarragona, Reus or Ibiza, in the Mediterranean archipelago of the Balearic Islands, suffered disruptions, underlined the national airport manager, Aena .

Read also: Article reserved for our subscribers The main stage of a Chinese rocket will fall back to Earth in an uncontrolled way

The Long March 5B (CZ-5B) rocket lifted off from southern China on Monday to deliver the last module of a Chinese space station currently under construction.

Debris from that rocket fell into the Pacific Ocean at 11:01 a.m., US Space Command said. in a tweet.

Entering a rocket’s atmosphere gives off immense heat and friction, segments can then burn up and disintegrate, but larger craft, like the Long March-5B, may not be entirely destroyed.

The risk is then that their debris land on the surface of the earth and cause damage, even victims, even if this danger is low, the planet being covered with 70% of water.

This is not the first time that China has lost control of a space object during a return to Earth. In July, the remains of a Chinese rocket fell into the Sulu Sea in the Philippines, angering US officials, including those at NASA, who blamed Beijing for not sharing information about the potentially dangerous fall of the debris.

In 2020, debris from another Long March rocket crashed into villages in Côte d’Ivoire, causing damage but no injuries.

The Asian giant has been investing billions of euros for several decades in its space program.

Trump Asked Aide Why His Generals Couldn’t Be Like Hitler’s, Book Says