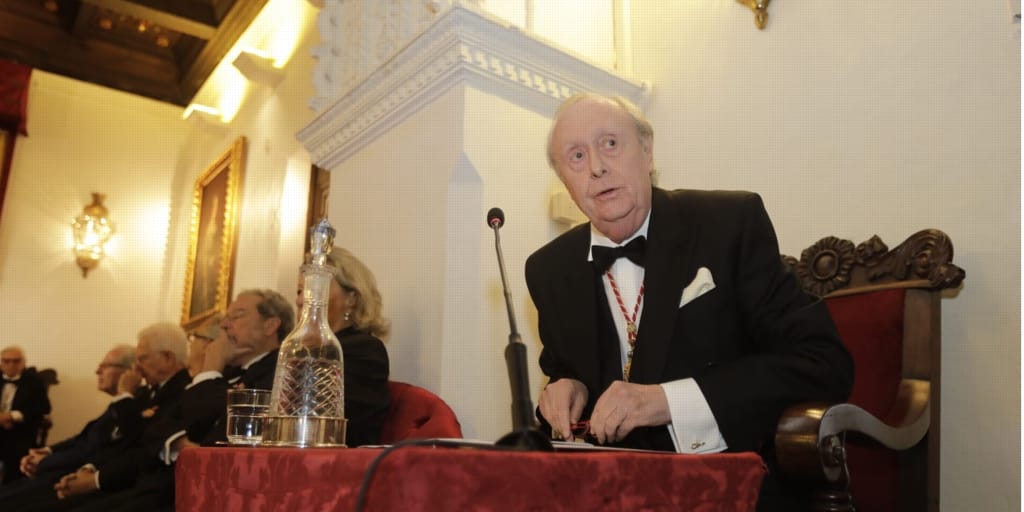 «In an already digital world, your prose has not worsened one iota, quite the contrary»

The answer to the entrance speech of the journalist Ignacio Camacho this afternoon at the Royal Sevillian Academy of Good Letters has corresponded to Ignacio Medina Fernández de Córdoba, Duke of Segorbewho drew up a genealogical profile of the new academic before tackling the subject matter of his dissertation.

He said do it”with much joy and no less modesty»because “Ignacio’s merits are public and notorious and his speech proclaims them with such force that they can only be matched by the silence that he assents and grants.”

The Duke of Segorbe pointed out three well-differentiated parts in the entry text, which he described as “a speech well put together and impeccably argued”. In the first part, Ignacio Medina intuited a definition of articulism and its “categorical imperative” adhering to the two loyalties that Camacho himself highlighted in his dissertation: “the veracity and precision of the language in which the syntax would be the condition of the clarity of the reasoning and the style, the one of its persuasiveness».

In the second part, the academic observed the “disruptive turn that the irruption of the digital universe has had in the very conception of the trade.” But here, the Duke of Segorbe distanced himself from Camacho and diagnosed him: «It is not either Internet the one that has created a less cultured reader»he stressed before endorsing the blame on university education, “when the general humanistic training that your generation received was abandoned to turn to professional guidance.”

Segorbe went beyond the discourse of the new academic and blamed it on a general trend that is not “particularity of the media” as “manifested, for example, the fact that large publishers have editors who, under the pretext of correcting, are dedicated to simplify the texts to make a more digestible porridge for the average reader».

Ignacio Medina came to openly contradict the portrait painted by the new academic by presenting him with a mirror in which to look at himself: «The best argument to contradict yours is yourself and your more than twenty years in the ABC newspaper, after all of them in an already digital world. Your prose has not worsened one iota, quite the contrary.

Finally, he did express full agreement on the “remedy you prescribe”: “Honor the deontology of your tradesince by doing so the citizen will be able to have the ideological and cultural references that the digital world can deprive him of, since the main damage that this is producing is the segmentation of the social group that the absence of privacy of the network entails ».

Opinion: There’s no way to fix the Second Amendment. Let’s just get rid of it