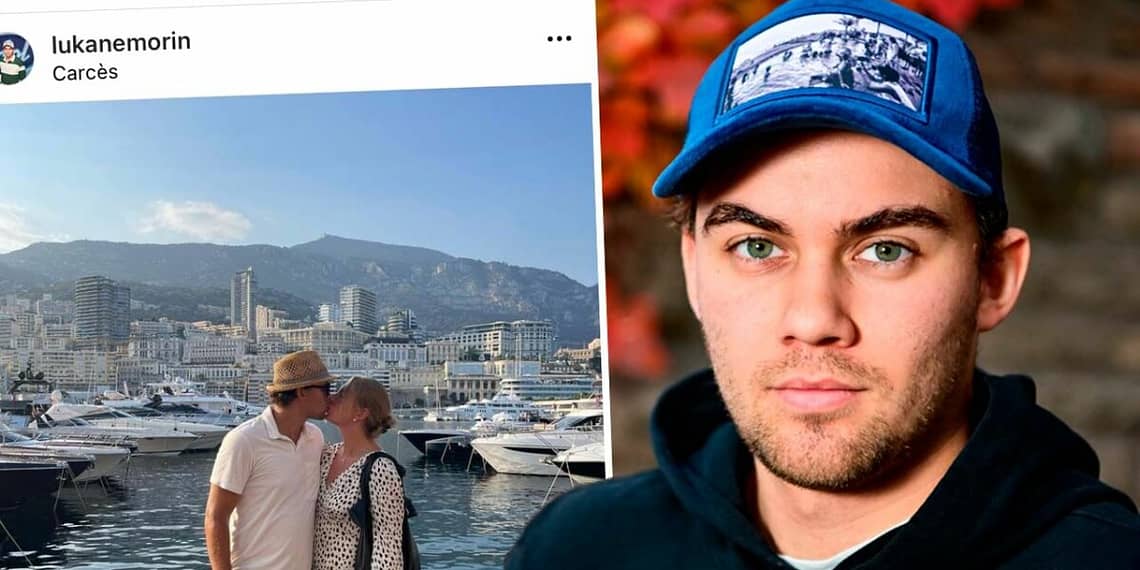 Panic in flight! Camilla Parker Bowles aboard a plane that suffered a collision in the air

Love is bubbling between Luka Nemorin and his girlfriend Alva.Because Hänt now reveals Idol– the participant that he has love with him throughout Idol– the adventure – when she moved into the participants’ hotel with him.– It means a lot, says Luka to Hänt.

Luka Nemorin21, is currently competing in TV4’s Idol. The music competition means big changes in life as the participants, who come from different parts of Sweden, live the whole autumn in Stockholm.

It is not only the Friday finals that are included Idol– the adventure. The gang all live in the same hotel and the days are packed with events. Even in the evenings, the idols are sometimes booked for the premiere and events.

Therefore, the girlfriend Alva lives with Luka in the Idol contestants’ hotel

Someone who turns out to be Lukas’ great support during the hectic period is the girlfriend Alva Thorin. The couple has been together for about a year and although both Alva and Luka actually live in Kristinnehamn, they do not live in a long-distance relationship during Idol– the time.

– She has been there the whole time. She works through her computer so she lives up here too, says Luka to Hänt.

– Absolutely, you can really say that. It means a lot, especially to have someone who gets you a little calmer than you usually do too.

It even turns out that the girlfriend Alva lives with Luka at Idol– the hotel. That Luka can have one of his loved ones with him on the adventure is markedly different from some of the other idols’ journey. Nike Sellmar27, has previously told Hänt about the struggle with being away from love.

– I have my partner at home in Piteå, so I miss him very, very much, she said then.

Luka has previously been open about he’s not quite as close to the other idols but he doesn’t hang out as closely in the group.

That’s the middle name of the Idols


When Luka gets a question about whether he has noticed any romances among the participants, it is again said that he does not hang out with the others as often.

– No I have not. I’m in my room most of the time so I don’t follow the picture as much maybe.

The girlfriend Alva has also spent time with Idol-colleagues, but it turns out that Luka and Alva like to hang out mainly just the two of them.

– That is absolutely true. But I usually try to keep to myself, like when we’ve done what we need to do during the day, I try to go out with her instead and do things. So you don’t think about Idol continuously.

Panic in flight! Camilla Parker Bowles aboard a plane that suffered a collision in the air

Chip shortage: What mistake did the automakers make?