AEK B' draw with Ethnikos in a friendly in Spata

How SYRIZA is trying to “blow up” BOAK 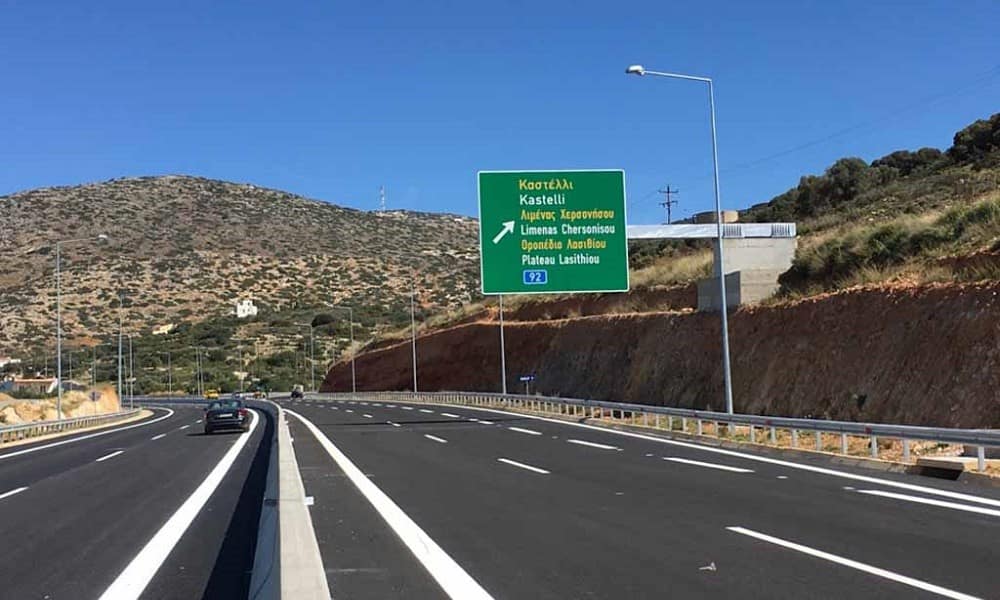 The Deputy Minister of Infrastructure emphasized that the projects carried out in Crete have no color, they are neither green, nor blue, nor red.

At commitment her government to give to Crete a contemporary Northern Road Axisa modern airport at Castle and upgraded infrastructure, mentioned the Deputy Minister of Infrastructure and Transport, responsible for infrastructure, K. George Karagiannisin its context parliamentary control.

Mr. Karagiannis made it clear that “we do not “odd jobs”, we leave that to others. We make the new one BOAK. A job is being done for Crete that had not been done for 30-40 years and is in favor of all Cretans. We don’t paint the works either green neither blue neither Red”.

In particular for the wide southern bypass of Heraklion, Mr. Karagiannis he was categorical stressing that “the proposal concerns a new engraving, essentially a new work of the order of 320 million euros without the expropriations, which is not provided for in Auction Issues, which is in the air. In fact, this proposal undermines its entirety Competitive process».

He emphasized that “it is a new engraving, on a new one BOAK which has extremely high construction costs with many kilometers of underground works and large technical difficulties” and he wondered addressed to opposition “you consider that by proposing this project today you are rendering a service to Cretans and its construction perspective BOAK?”.

“Redundancy promises does not lead society in the right direction. You come after such a long time that you know the project is moving forward and while we have moved forward with a specific cost-based financing model and while we have gotten Environmental Terms for the new project and we have filed an Environmental Impact Study for the interventions on bypasses of cities, you come now and tell us to shake everything in the airhe added.

In fact, he criticized “her perception that prevailed for years, that money exists to do what we want, how and when we want, with the familiar disastrous results for the country”.

“The money paid by Greek people for public constructionsshould be exactly what is required in order for it to be even and functional transportation projects. Not even less, because discounts in such matters do not fit. But neither more, especially in conditions like today where the world is being tested and the social state expands to support our weakest fellow citizens” continued Mr. Karagiannis.

Besides, he assured that “at Ministry of Infrastructure and Transportation we don’t close them ears and we do not deny them changes where are they necessary, always though preserving the public interest and in view of sustainability of the project”. Thus, at this time we are processing the objections of the Regional Council for him Papanastasi junction and its area Bad Condition and we will come back soon with our suggestions.

About the road axis that connects the Kastelli airport by BOAK, 18 km long, Mr. Karagiannis noted that a modification is being made in its area Roman aqueduct according to what was dictated by the Services of the Ministry of Culture. New Environmental Impact study will soon be filed at Ministry of Environment.

“So we consider that the issue that arose will be closed at the same time environmental Protection but also his archaeological wealth of the country” he underlined.

“With responsibility and fairness, far from the populisms of the past, we continue the great effort to obtain the Crete contemporary Northern Road Axisa modern airport and infrastructure that will have nothing to envy from the rest of the country and counterparts abroad” he emphasized in closing.

READ ALSO:
SYRIZA’s lie that he would make BOAK toll-free is unthinkable!
The BOAK will cause a reduction in costs, time and traffic accidents
Europe’s largest road project is starting in Greece

AEK B’ draw with Ethnikos in a friendly in Spata

Revelation! When does the Ring return – What changes?