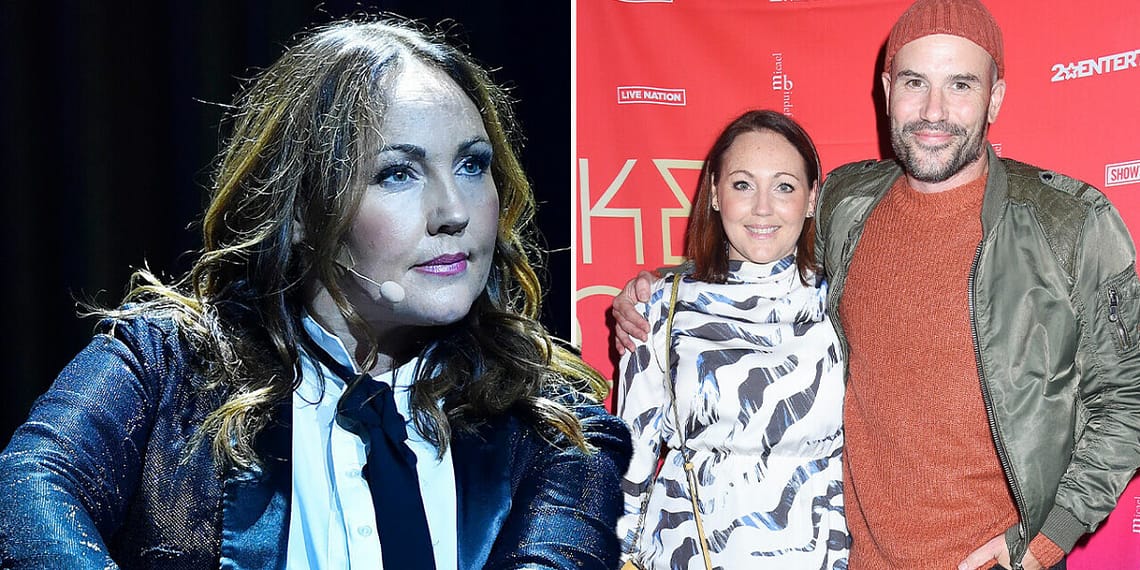 Hanna Hedlund’s tears after the divorce from Martin

Just over a year ago, it became official that Hanna Hedlund and Martin Stenmarck are going their separate ways. Now Hanna’s divorce has come up again.– I cried so much that evening, she says in the podcast Jessica & Hanna – On the other hand.

It was in June last year that Hanna Hedlund47, and Martin Stenmarck, 50, announced that they are going their separate ways. By that time, they had already lived apart for six months and decided that it was best to continue that way.

Since then, Hanna and Martin have had the children every two weeks and the adaptation to the new life seems to have worked well. Hanna has also had many loved ones who supported her through the process.

Now the divorce has once again come up. In the podcast Jessica & Hanna – On the other hand now they tell me why.

The mystery for Hanna Hedlund

It was after Hanna and Jessica had recorded last week’s podcast episode that Hanna was completely surprised by the friend Jessica Wahlgren47.

– I kind of start crying when I think about it. So we podcasted last week, an episode that was so amazingly good and there are a lot of people who got in touch and wrote that they were touched and recognized themselves. Which makes us so happy, says Hanna in the podcast and continues:

– But we recorded this episode anyway. Then we were going to have lunch and Jessica was then going to book a place for lunch, so when I asked then “should we go and have lunch now”, then Jessica said “no but I think we have to take a taxi” and Kajsa just “yes I also think we need to take a taxi”.

Hanna didn’t understand anything, had the friends talked to each other without her knowledge? Anyway, it ended with them going to a lunch place, drinking bubbly and later Hanna was put in a taxi to her favorite masseuse.

Hanna Hedlund’s new words about the divorce: “Cried so much”

After the massage, Hanna was asked to get into a taxi without knowing where she was going. She noticed after a while that it seemed like the taxi was heading to Jessica’s house and ten of Hanna’s closest friends were waiting there!

– No, but you have deceived me so completely, I was completely blown away, Hanna explains in the podcast and continues:

– Being surprised with things where people really know you and have listened to you and heard who you are for so many years. It’s so amazing to get it.

This divorce party was an idea that Jessica and her friend Kajsa Ernst cooked up. This is because Jessica recently had a bachelorette party and she loved it.

– We just felt that we are so proud of you and you are so wise and, as it were, out on the other side with a bang. Stronger than ever, happier than ever, no but you are in a good place right now and then we felt it is now. Now is the time to do it, to celebrate our love for you, your love for your friends and for life. And as a reward for doing this so damn well, says Jessica in the podcast.

– It’s so nice, I cried so much that evening and also felt so strong and so safe in the knowledge that I wouldn’t have made it without all the friends who came with encouragement and advice and listened, explains Hanna.