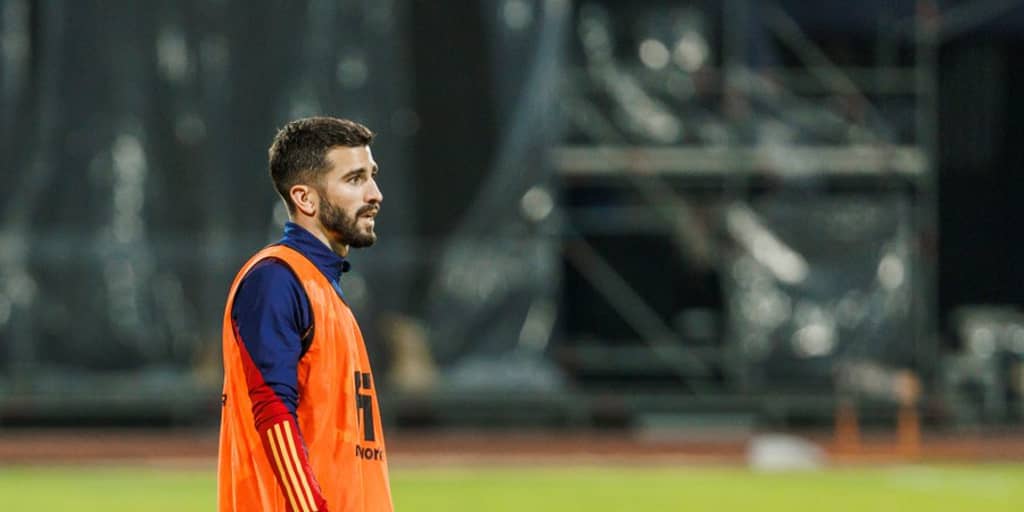 «Gayà is the unpleasant news these days»

Despite the good prognosis of the resonance of the winger, the coach does not confirm that he will have him in the World Cup: “In Doha we will make a decision”

What seemed like good news throughout the day turned into a new concern at the end of the game against Jordan. Today it will be decided if the sprain that José Gaya suffered on Wednesday allows him to continue or not in the concentration of Spain or is replaced by another player. The Federation media confirmed that the injury was not serious, and it was sensed that the full-back, despite missing the debut against Costa Rica, would continue in the team. Luis Enrique was not so optimistic. «Tomorrow (for today) we will make a decision on the matter, but it is the unpleasant news of these days. The player watched the game in the stands along with the rest of the discards: Guillamón, Morata and Llorente.

Gayà was injured in the last training session before that match. The winger had to withdraw early from training and immediately the alarms went off. It was feared that Pedreguer’s man would follow the same path that players from other teams have already had to take, forced to miss this year’s great football event due to injury when they had already been called up.

It seemed that it was not going to be the case, but doubts have returned. The first exploration of the defender detected a low-grade lateral sprain in his right ankle, an injury caused by himself when he slipped. The resonance carried out this Thursday confirms that diagnosis, which led to trust in a quick recovery. With everything, Luis Enrique He was unclear about it: «The information belongs to the player and the doctors. Well, to the player », he said in the post-match press conference.

Spain will fly to Doha shortly after finishing the friendly in Amman against Jordan, so the night from Thursday to Friday will be the first to happen at the residence of the Qatar Universityhis home for as long as he remains in the World Cup.

5 Facts of the Kanjuruhan Tragedy That Killed 130 People, Children and 1 Family Were Victims

These are the drugs you should never combine